A Glimpse at This Year’s Milan-San Remo Classic 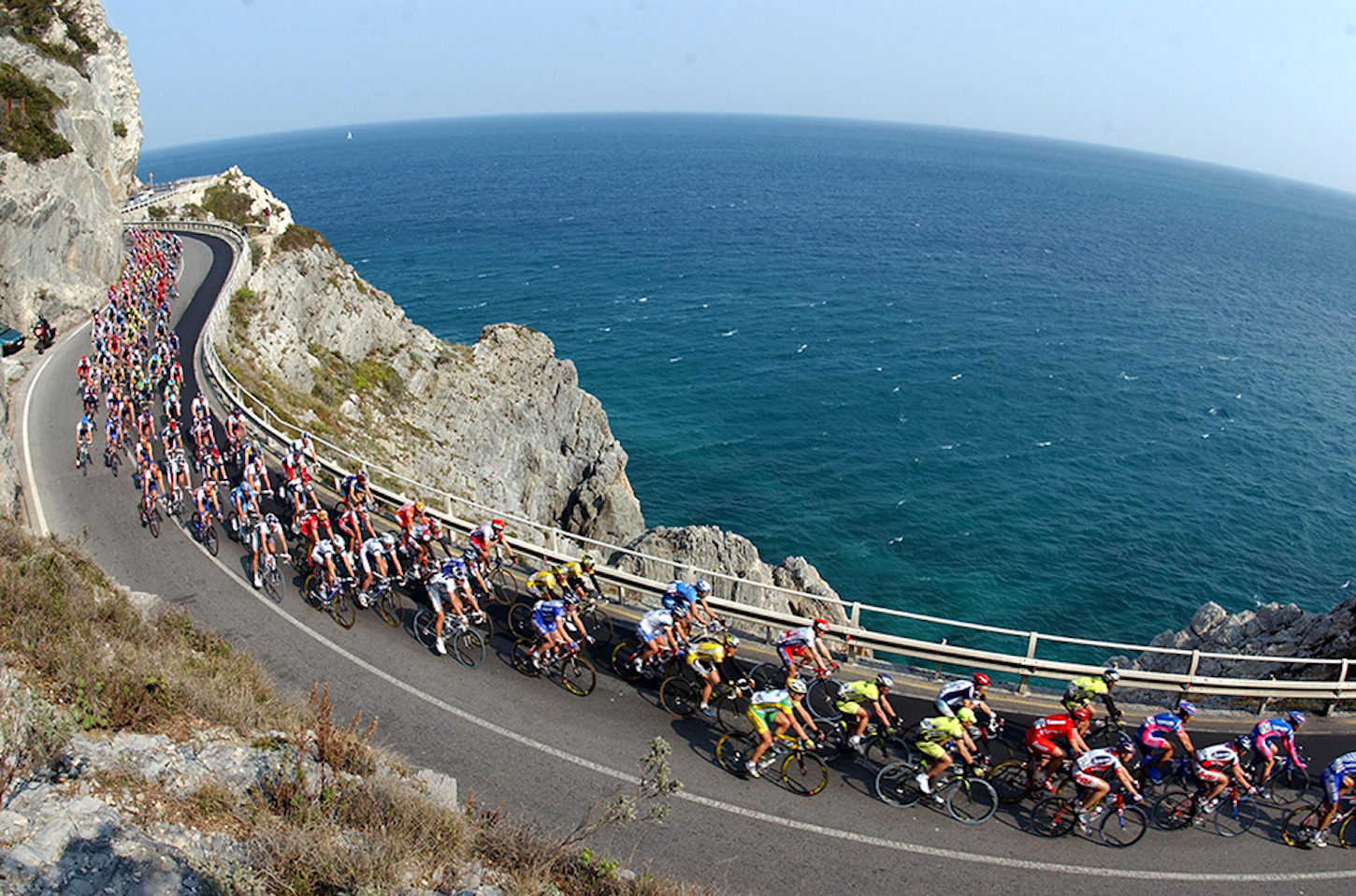 Road cycling has always been an endurance sport, as the 111th edition of Milan-San Remo Classic will demonstrate once again on Saturday, with almost 300km of racing through Lombardia, Piedmont and all the way down to the Ligurian Riviera. While many organizers are designing shorter routes in a bid for more explosive racing (the 2020 Tour de France will only feature one stage longer than 200km for the first time ever), RCS Sport are not ready to go down that road.

To the contrary, with an unprecedented 299km route, the 2020 Milan-San Remo is set to be the longest ever! And it promises epic battles over the Poggio di San Remo, with today’s most fierce champions ready to give their all to claim glory on this unique course.

“There is an historic agreement between the protagonists of cycling so that the five Monuments [Milan-San Remo, Ronde van Vlaanderen, Paris-Roubaix, Liège-Bastogne-Liège and Il Lombardia] maintain a longer distance,” RCS race director Stefano Allocchio explains. “As a former rider and now race organizer, I think it’s a good thing for cycling.”

The route of the 2020 Milan-San Remo respects this tradition while throwing unprecedented challenges at the riders. The peloton will cross the Po Valley and the Apennines further west than usual before they reach Imperia and join the traditional route for the last 35km, with the famous Cipressa and Poggio climbs to spice the finale. The race won’t tackle the Capi (Melo, Cervo and Berta) and the riders will face the Colle di Nava instead of the Passo del Turchino as they head towards the coast.

“It’s still pretty much the same route, it’s only 5 kilometers longer,” Allocchio describes. “The Colle di Nava is an easy climb for professional riders. It’s kind of like the Turchino, it’s not enough to make your opponents struggle. The difference is we’ll be 70km away from the finish, rather than 150. It’s not a scripted scenario and maybe we’ll have more surprises this year…”

While the Cipressa (5.6km with an average gradient of 4.1%) and the Poggio (3.7km long with an average gradient of less than 4%) aren’t nightmare-inducing challenges, Milan-San Remo is still one of the most open races of the calendar and some riders fail to tame this unique event year after year. Many consider its finale to be one of the most thrilling of the season – all thanks to its extraordinary distance.

“Riders of the 6th hour”

Philippe Gilbert (Lotto Soudal) is a lover of long-distance racing. After winning the other four Monuments, he’s chasing a historic grand slam – an unprecedented feat since the 1970s – and is ready to do battle at his 16th participation in Milano-Sanremo. “The distance of Milan-San Remo seems impressive, with 300km, but if you look at times, it’s the same as Flanders, Roubaix or Liège-Bastogne-Liège, around 6 hours and a half of racing,” the Belgian says.

“The new route looks more technical,” he adds. “With the traditional route, we had 150km on the highway, we put the cruise control at 45km/h and I think we could have had 500 well-trained amateurs following us without being dropped.” The problems come later, when it’s time for the ‘riders of the 6th hour’ to express their special talents.

Julian Alaphilippe (2019 Milan-San Remo winner), Vincenzo Nibali (winner in 2018), Michal Kwiatkowski (2017)… The riders who got fans jumping and screaming around are a special breed and they need time and distance to create inspired moves while the rest of the field is wearing out. There is no secret ingredient, but the magic happens every time and the race delights fans and broadcasters all around the world. As Allochio puts it, that’s when the “real cycling” happens.

At San Remo, everything is possible

As a rider, Stefano Allocchio used to race Tirreno-Adriatico or Paris-Nice to prepare for the mighty distance of the Classicissima. “This year, racing resumes only ten days beforehand,” he acknowledges. “But it’s the same for everyone!”

According to Philippe Gilbert, “everyone knows how to prepare for Sanremo and we’ll be ready”.

Still, “it’s difficult to prepare for Sanremo in these conditions”, Diego Bragato says. The Italian trainer, who works with Elia Viviani (Cofidis) and the training app Bikevo, took his riders to Livigno for altitude training ahead of the Italian Monument. “We did some specific work around the critical power necessary in the climbs at the end of the race,” he explains.

As one of the fastest sprinters in today’s peloton, Viviani is amongst those riders hoping the bunch will remain somehow under control in the finale. “With six riders per team, hotter conditions, a climb closer to the finish and not a lot of races for preparation, it will be difficult,” Bragato observes.

But everything can happen at the end of 300km of racing and that’s the magic of Milan-San Remo.