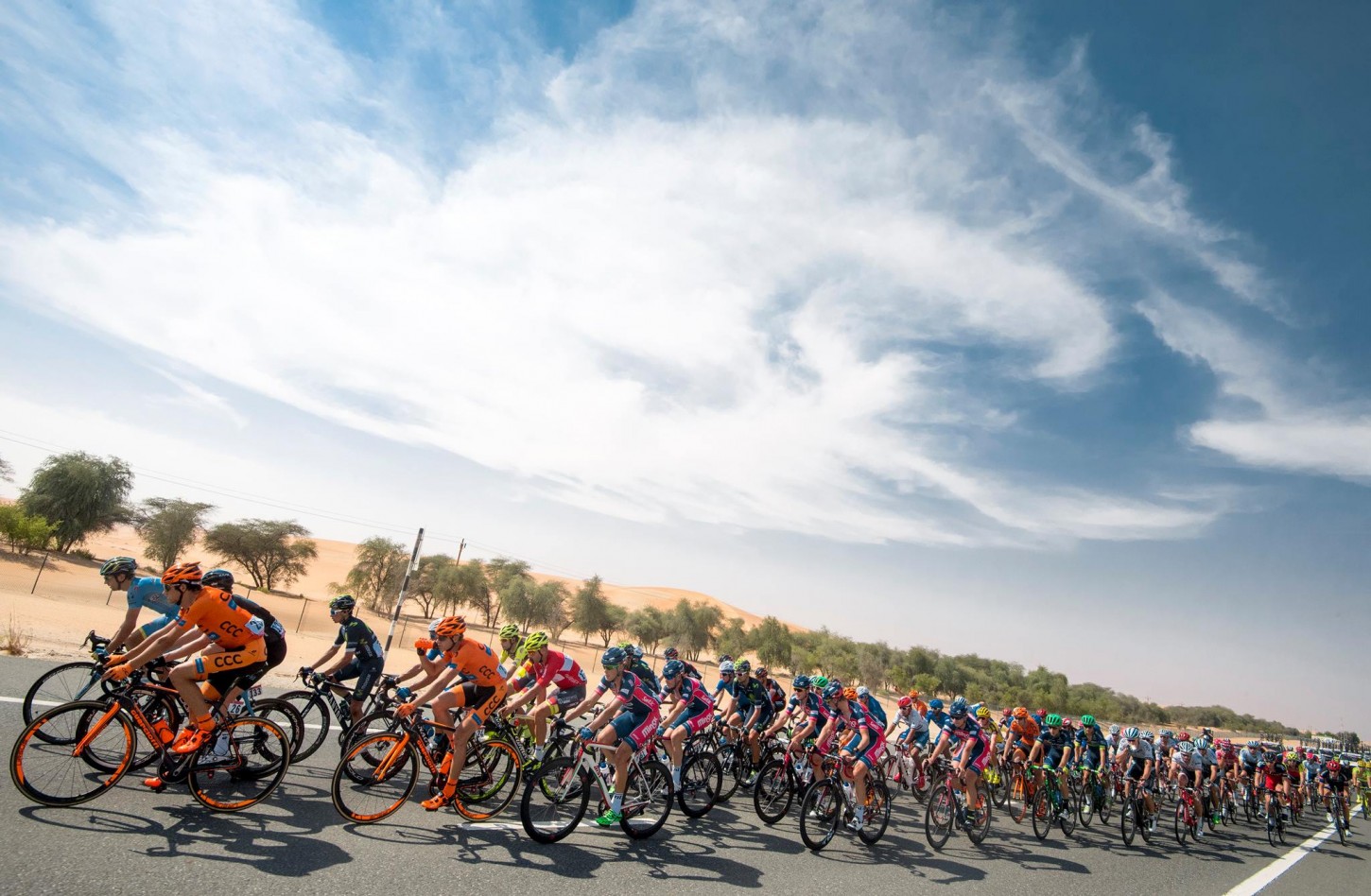 Meanwhile, Andrea Guardini (Astana) finished a close third, to claim the final spot on the podium.

Vivian came to the front during the final 150 meters after a strong lead-out from his team, but Cavendish capitalized on the Italian rider’s momentum to launch an unassailable attack during the closing meters to edge out the Team Sky rider.

Today’s win not only netted Cavendish the stage victory, but also served to move the British rider into the overall race lead – dethroning Trek-Segafredo’s Giacomo Nizzolo who now sits in second place at 4 seconds back.

From there, the escapees went on to establish more than a two minute advantage over the peloton.

Stanislaw Bazhkou was the first rider to lose contact with the breakaway group during the final 16 kilometers, as the escapees continued to hold almost a 2 minute lead over the chase.

Slowly but surely however, the peloton continued to chip away at the breakaway group’s gap, with riders such as Michal Kwiatkowski (Team Sky), Kiel Reijnen (Trek-Segafredo) and Davide Rebellin (CCC Sprandi) trading turns at the front before the group was eventually caught inside the final 1000 meters.

Andy Fenn (Team Sky) led into the final corner with Viviani on his wheel, while Cavendish neatly tucked himself in behind the two Sky riders.

Viviani opened up his sprint first with Cavendish coming around him during the waning moments to take the spoils.