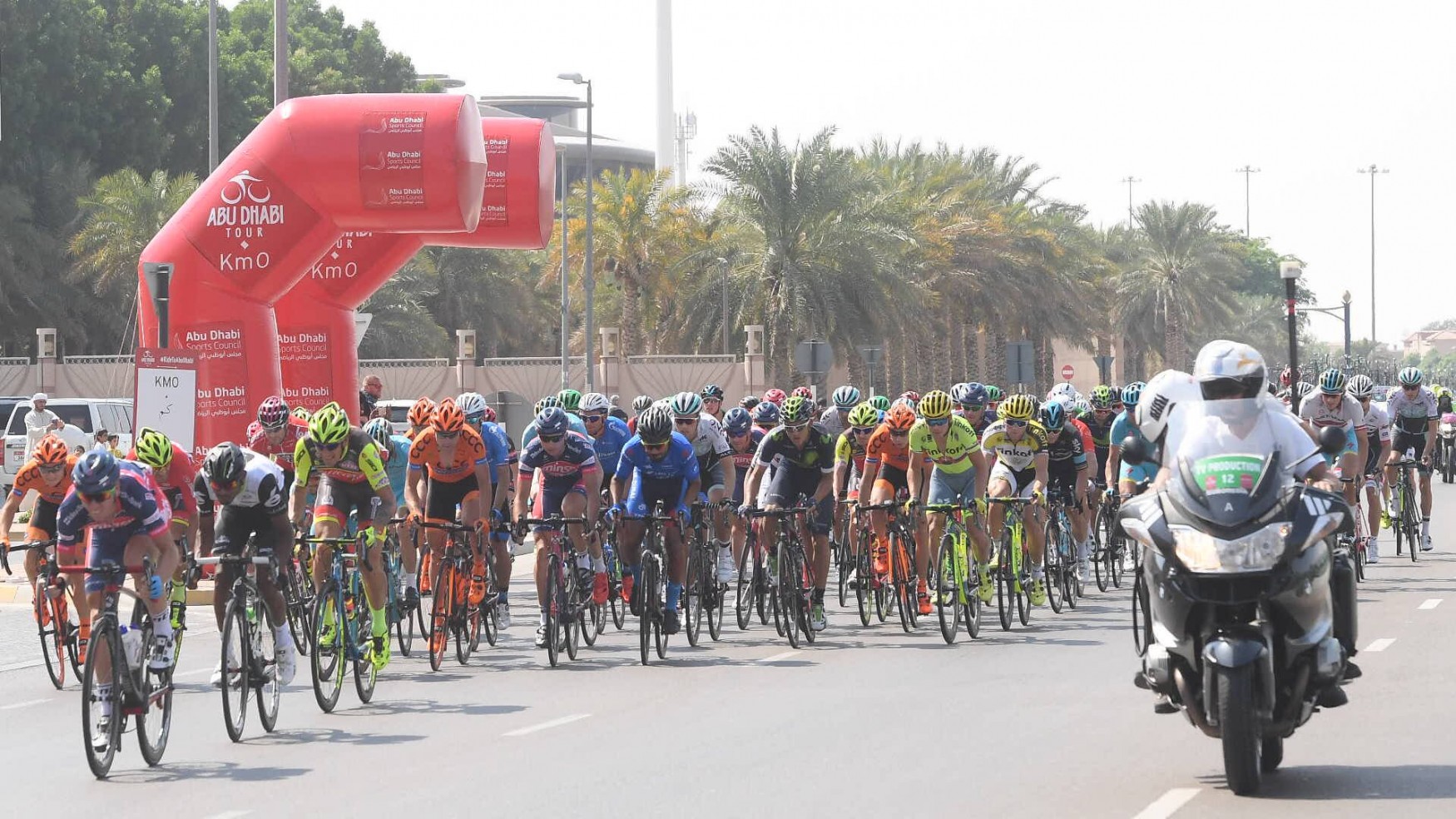 Astana’s Tanel Kangert claimed a solo victory in stage 2 of the Abu Dhabi Tour today, after the Estonian rider distanced Nicolas Roche (Team Sky) during the day’s final climb to take the stage honors by 17 seconds over his rival.

“Yesterday, Vincenzo told me that he was going to work for me today and I knew that I had a chance to do something. If I have the chance then I really have to use it and luckily I had the legs today,” said Kangert. “We knew from the start that we had two good climbers here, Vincenzo and, if I had good legs, I knew that I could also be there. Luckily, I had a good day and that was the tactic, we just had to be there in the final. For a moment, it was quite hectic with the side wind but luckily our team was really good and strong in the beginning and they protected us from the crosswinds. I arrived on the climb quite fresh.

“I think he [Roche] was more tired than I was and I was a little bit afraid of a headwind in the final but luckily the wind changed direction.”

Kangert and Roche followed an attack initiated by Lampre – Merida’s Diego Ulissi during the last few kilometers of today’s steep finishing climb, before dropping the Italian rider and setting out on their own.

However, it wasn’t long before Kangert managed to jettison his breakaway companion and open up a small gap during the final 2 kilometers.

From there, the Astana rider continued to increase his advantage over Roche, ultimately taking a solo victory up to Jabel Hafeet.

From there, the escapees succeeded in building up a modest advantage of more five minutes over the peloton.

Back in the main field, Team Sky upped the pace forcing the peloton to splitter into three groups and bringing the breakaway riders within two minutes of their grasp.

With 30 kilometers to go, Van Avermaet et al were eventually caught. But, the Belgian rider wasn’t quite done, as he attempted a final attack along with Movistar’s Francisco Ventoso.

However, their efforts were short-lived, as both riders were reined in just before the start of the final climb.

Carlos Verona was the next rider to attack, quickly building up a 30 second gap over the peloton.

Behind, Roche continued the pressure put on by his Sky teammates earlier in the stage, joined by Kangert. The increased pace whittled down the group of contenders to a very select group, which included Vincenzo Nibali (Astana) and Alberto Contador (Tinkoff). It also demolished the lead that Verona had worked so hard to build and the Spaniard was caught with six kilometres still to go.

Verona tried to hang on to Roche and Kangert but he soon found himself distanced. Jesper Hansen (Tinkoff) saw an opportunity and attacked into the gap but didn’t have the power to bridge the gap to the two leaders, who were now 30 seconds up on the main chasing group.

With three kilometers to go Roche cracked, slipping back on the steepest part of the climb. The Sky rider managed to hold the gap at first, but it proved the definitive moment and Kangert would go on to take the stage win and the overall lead.