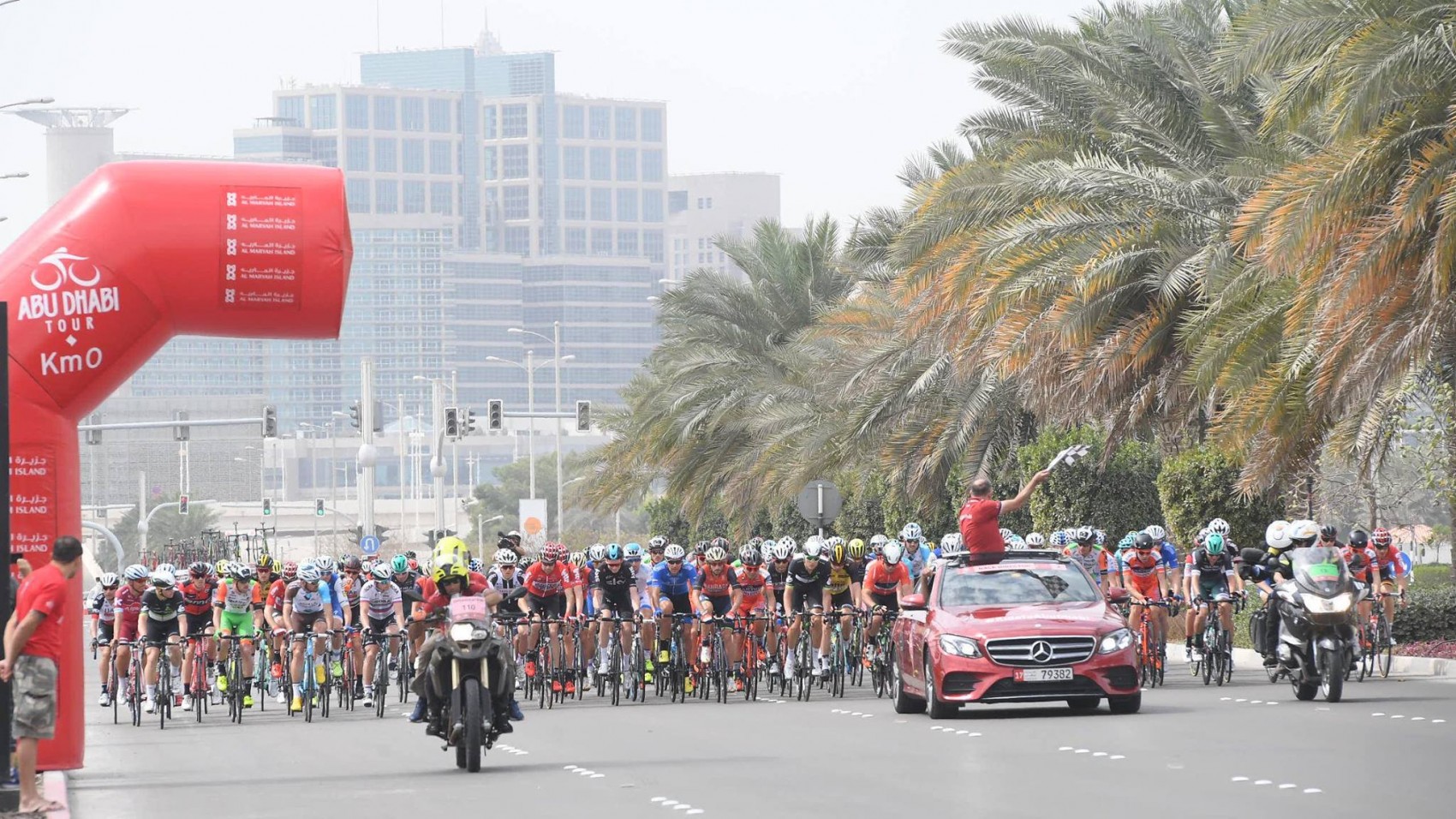 Going into the final kilometer and it was Cavendish’s Dimension Data and Ewan’s Orica-Scott that had control of the peloton, with Cavendish eventually deciding to latch onto the Australian rider’s wheel with 700 meters to go.

However, Kittel came from nowhere to out-sprint Ewan and Cavendish, after the German sprinter made his way along right hand side of the road to snatch the stage honors.

Today’s victory was not enough to move Kittel into the red leader’s jersey however, with Cavendish holding on to the overall lead of the race by four seconds.

From there, the escapees went on to establish a modest advantage of two minutes over the peloton, while Canola succeeded in claiming both of the intermediate sprint points.

However, as the race entered the final 30 kilometers, the breakaway group’s lead had been reduced to under a minute, as the peloton continued to clamp down on the leaders.

With 5 kilometers to go, the last members of breakaway group were eventually caught, with De Marchi and Canola holding out for the longest.

Inside the final kilometer Dimension Data had control of the peloton, with only Sky seemingly able to stay on terms with them, before Orica-Scott moved to the front.

With a head-to-head battle between Ewan and Cavendish building up, Kittel made his way up the right side of the finishing straight with a final surge for the line that proved unassailable for his two rivals to match.