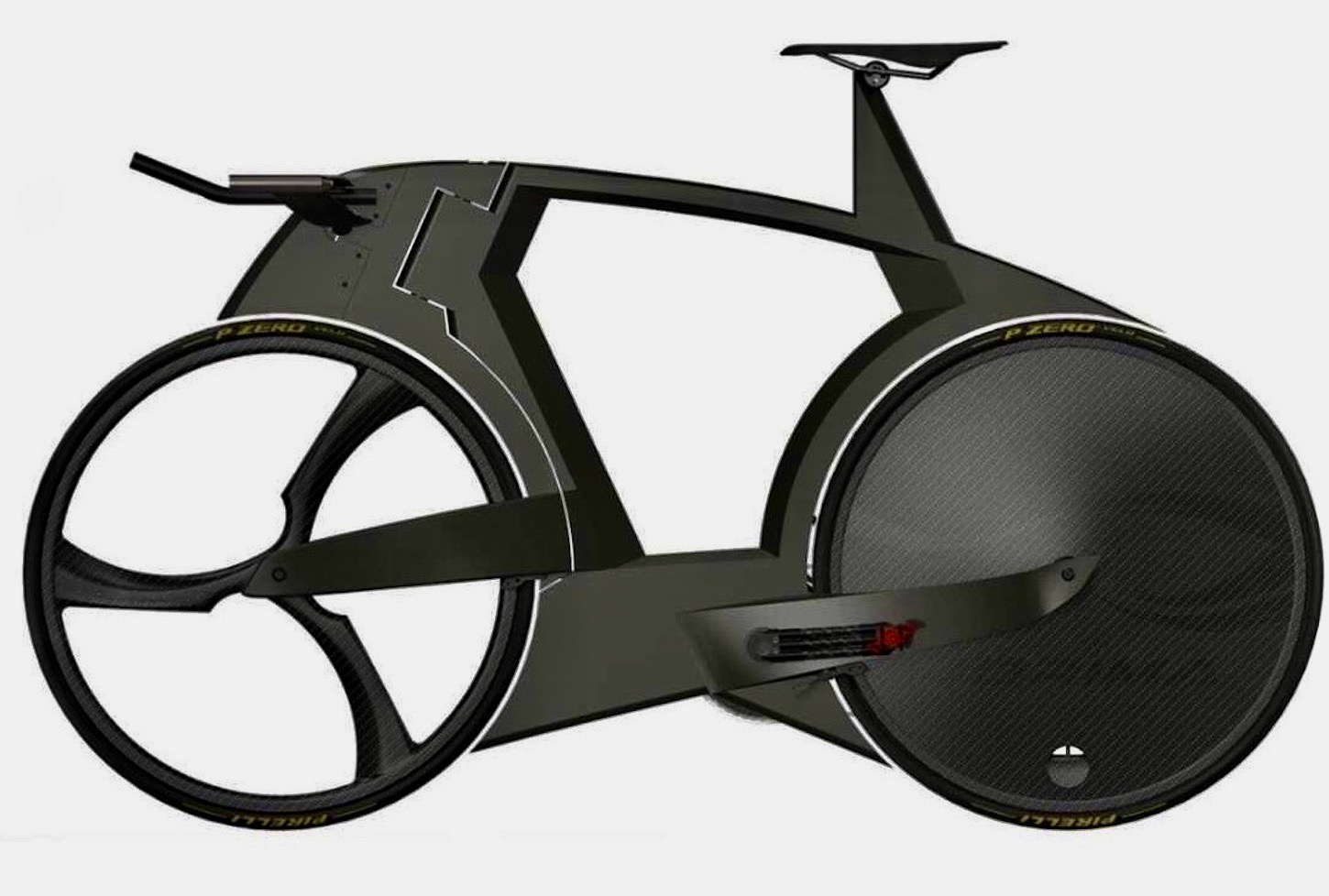 Ex-pro Adam Hansen has been fast-at-work designing his own radical time trail bike, which features not only a custom fabricated frameset, but proprietary wheels, derailleurs and a “floating” chainring that aimed at creating the “perfect chain line” as well.

“I’m going to do everything in-house,” Hansen told the British publication Cycling News. “For me, if I just design it and give it to another manufacturer to produce, then I would never say that I made the bike. I really want to do it all by myself.”

“I’ll 3D print the plugs for the mould, then I’ll make the mould from the 3D-printed piece. Then from there, I’ll make the bike from the molds. I’ve got all the equipment. I’m trying to make it as narrow as possible. The widest part of the bike, excluding the forks, will be as wide as the front tire, at 28mm,” explains Hansen.

The Aussie is well-known for his innovations and refinement of equipment like designing and developing his own carbon fiber cycling shoes.

“I’m not going for the traditional derailleur design, it will be internal in the frame. The rear fork will have the derailleur hidden inside, so you won’t have this big derailleur hanging to the side. Then the front derailleur will be inside the frame also.”

As mentioned, perhaps the most innovative part of the design is the “floating” chainring with goal of optimizing the positioning of the chain.

Additionally, in order to ensure maximum stiffness, Hansen says he created no fewer than six separate honeycomb structures as part of the overall frame design.

When will the project be complete?

Hansen says if he can set aside a block of time in-between training and travel, it’s conceivably that he could finish the bike in three months time.

“If I had three months of solid work, I’d be able to complete it, but depending on my training and traveling, it’s going to be longer.”