AirLock is Both a Bike Lock and Pump 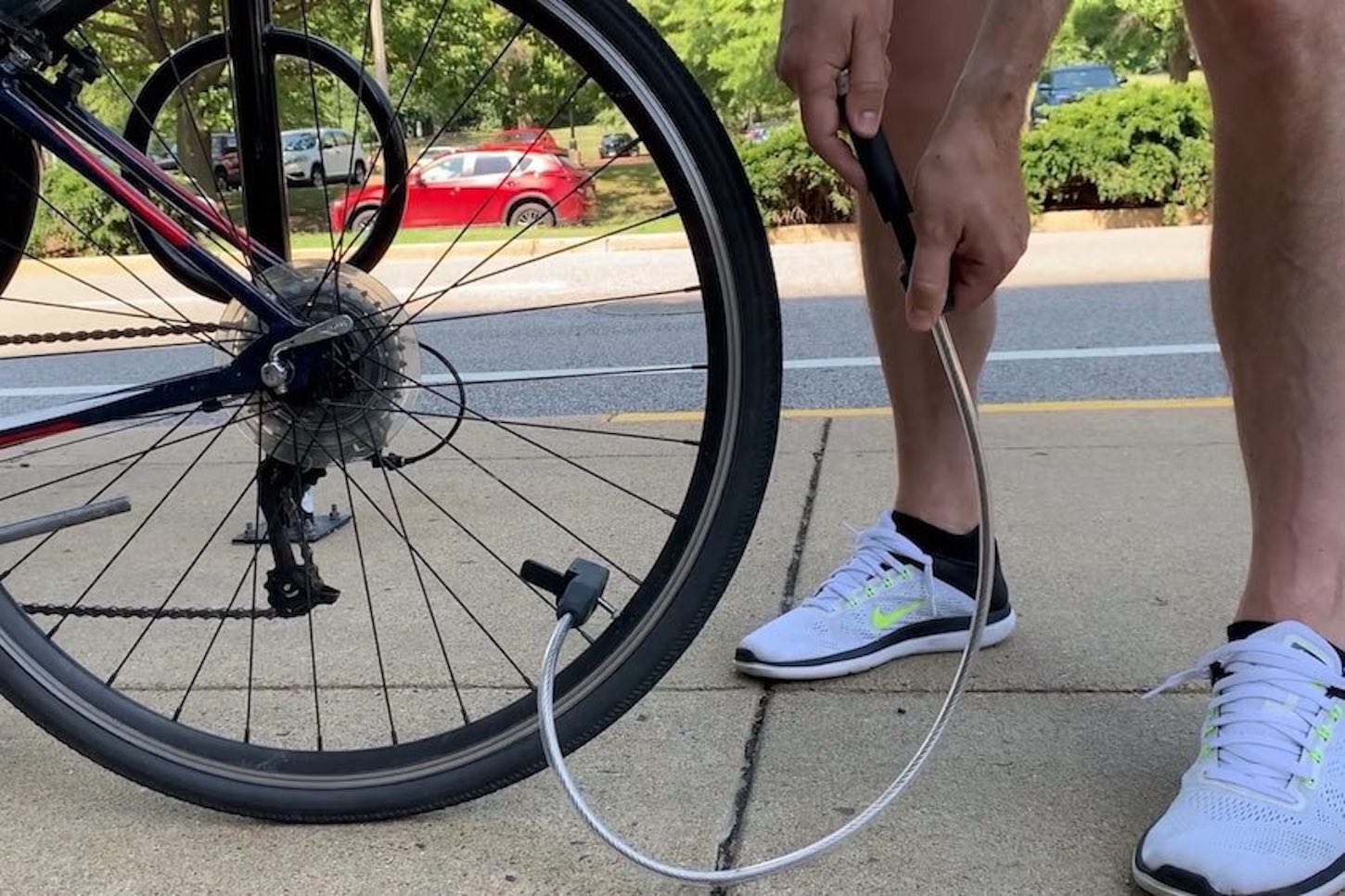 The AirLock claims to be the world’s first all-in-one bike pump and lock, featuring an industrial-strength steel cable lock that doubles as a hand pump too.

The AirLock comprises a 30-inch-long cable that’s a quarter-inch-thick, along with locking attachments at both ends.

Interestingly, one of the locking attachments features a steel air chuck, while the other functions as a hand-operated aluminum pumping cylinder. Both are connected by a clear vinyl hose, which the steel cable is housed inside of.

The device works by simply pressing the chuck onto the valve stem, which by the way works with both schrader and presta valves, and then pumping.

The longer hose allows the cyclist to stand up while pumping, instead of squatting down, requiring about 200 strokes to reach 100 psi (7.6 bar) on a 27-inch tire.

However, AirLock has launched a Kickstarter campaign, offering early-backers a special price of $50.00.