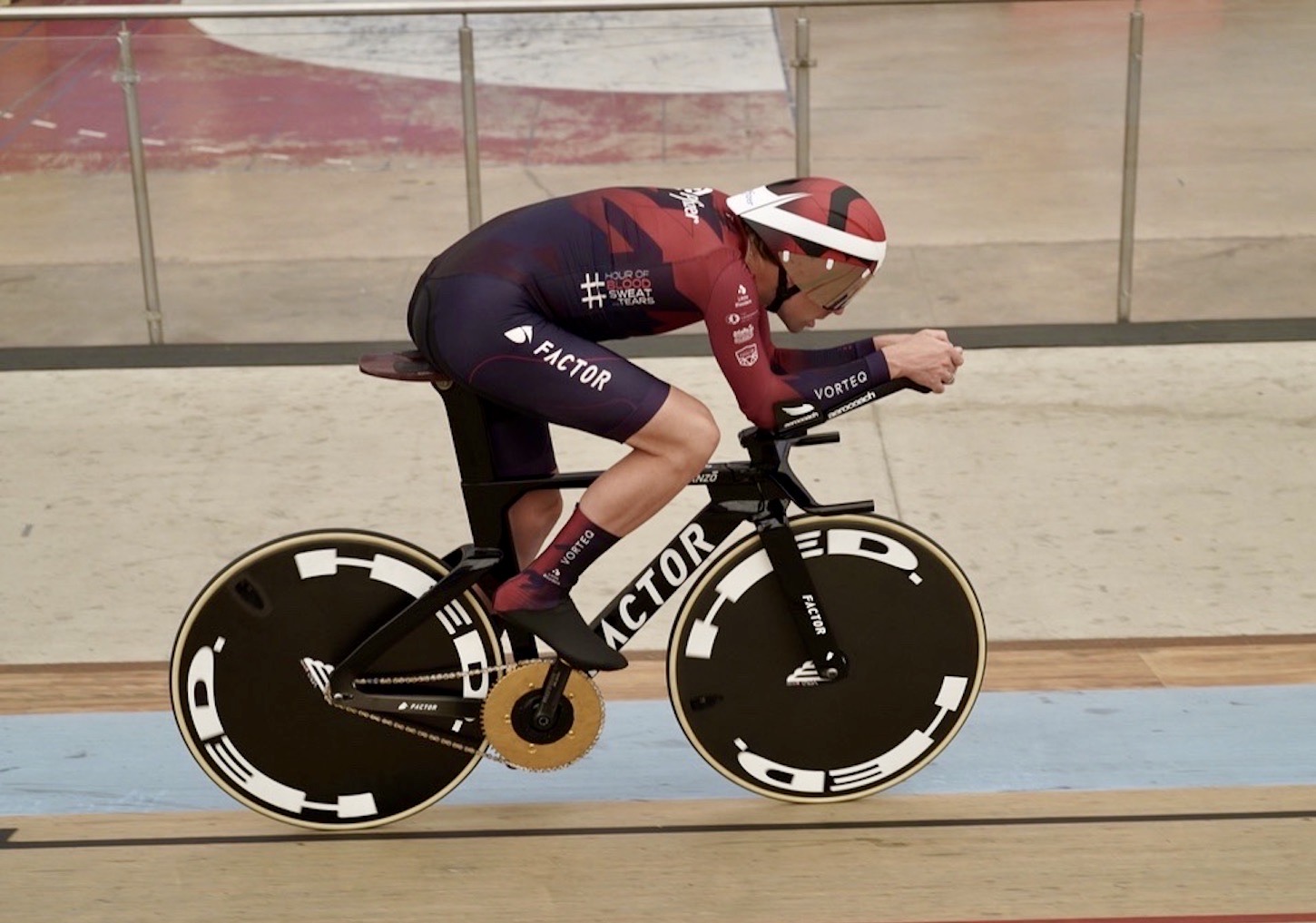 Alex Dowsett fell short on his attempt to regain the UCI Hour Record on Wednesday in Mexico.

Dowsett covered 54.555 km at the Aguascalientes Bicentenary Velodrome, an effort that was 534 meters shorter than Victor Campenaerts’ world record of 55.089 km, set on the same velodrome in April 2019.

Dowsett’s effort also left him just short of the British record of 54.723 km, set by Dan Bigham just over a month ago.

“I just want to take the opportunity to say another well done to Victor and to Dan Bigham because there was a British and a world record up for grabs today and I was a bit shy of both of them,” Dowsett said afterwards. “Hats off to both of them – they’re both incredible athletes.

Dowsett was making his second attempt at the Hour Record partially in order to raise awareness for the Little Bleeders Foundation and the Haemophilia Society, organizations that support those with hemophilia, a condition that Dowsett himself lives with.

“The overriding message for young hemophiliacs now, anyone with hemophilia, anyone with a rare condition, anyone who’s facing any kind of adversity, is just give it a shot because the biggest failure today would have been to not be here,” Dowsett said.

“I spent a childhood of being told what I couldn’t do. My mum, my dad – we knew what we couldn’t do: football, rugby, boxing. So we set about finding what we could do. We turned a negative into an absolute positive. And I’ve been able to carve a massive career out of adversity.

“And that should be the message, life can throw you a bad hand at times and it’s how you deal with it.”