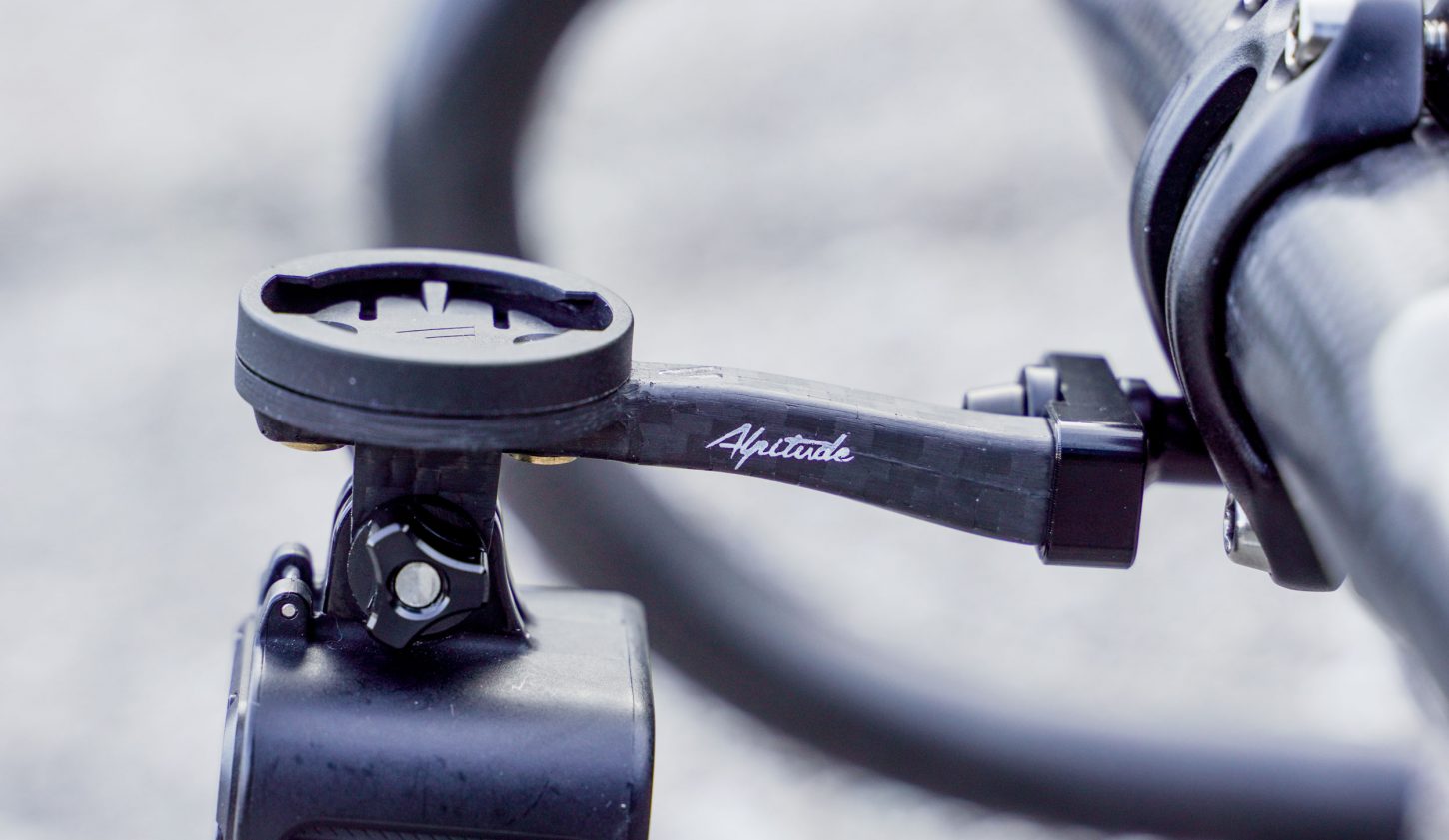 Weight-weenies and enthusiasts who are persnickety about the accessories that adorn their bikes, will rejoice upon learning that Alpitude has launched a new version of its Stelvio carbon fiber mount called the Stelvio V2, which now offers compatibility with virtually any cycling computer including lights and GoPro action cameras with only a slight weight penalty.

Like the previous model, the Stelvio V2 features a hollow carbon fiber arm and aluminum bracket construction, which depending upon the version can now support devices up to 300 grams.

Additionally, the Stelvio V2’s design was slightly modified to include a small space under attachment for a small C-shaped wing. This wing, made completely from high modulus carbon fiber, permits the Stelvio V2 to house both a cycling computer and lights or GoPro while weighing in at a scant 18 grams…making it the lightest solution capable of such a configuration.

Since there are a wide variety of stems available in the marketplace, the Stelvio V2 comes in a alternate version called the Ristretto that allows it to work with stems from companies like Ritchey, 3T and Zipp that have a bolt distance of only 9mm.

The Stelvio V2 is also available in different versions specifically aimed at high end stems like the following:

The Stelvio V2 is the first mount built specifically for the MCFK’s particular form and complex bolt layout, featuring an interface that boasts a super-lightweight structure that weighs in at just 14 grams for the standard version and 18 for the combo kit. Moreover, this version is available in a size SMALL for computers up to 75mm and size NORMAL for devices that are 75mm or larger.

The version of the Stelvio V2 that’s designed for the Extralite stem represents the first computer mount with action camera capabilities, which is also available in both a standard (14gr) and combination version (18gr).

Depending upon the version, the Stevio V2 ranges in price from 89,90€ to 110,00€, which you can learn more about by visiting Alpitude’s website here.