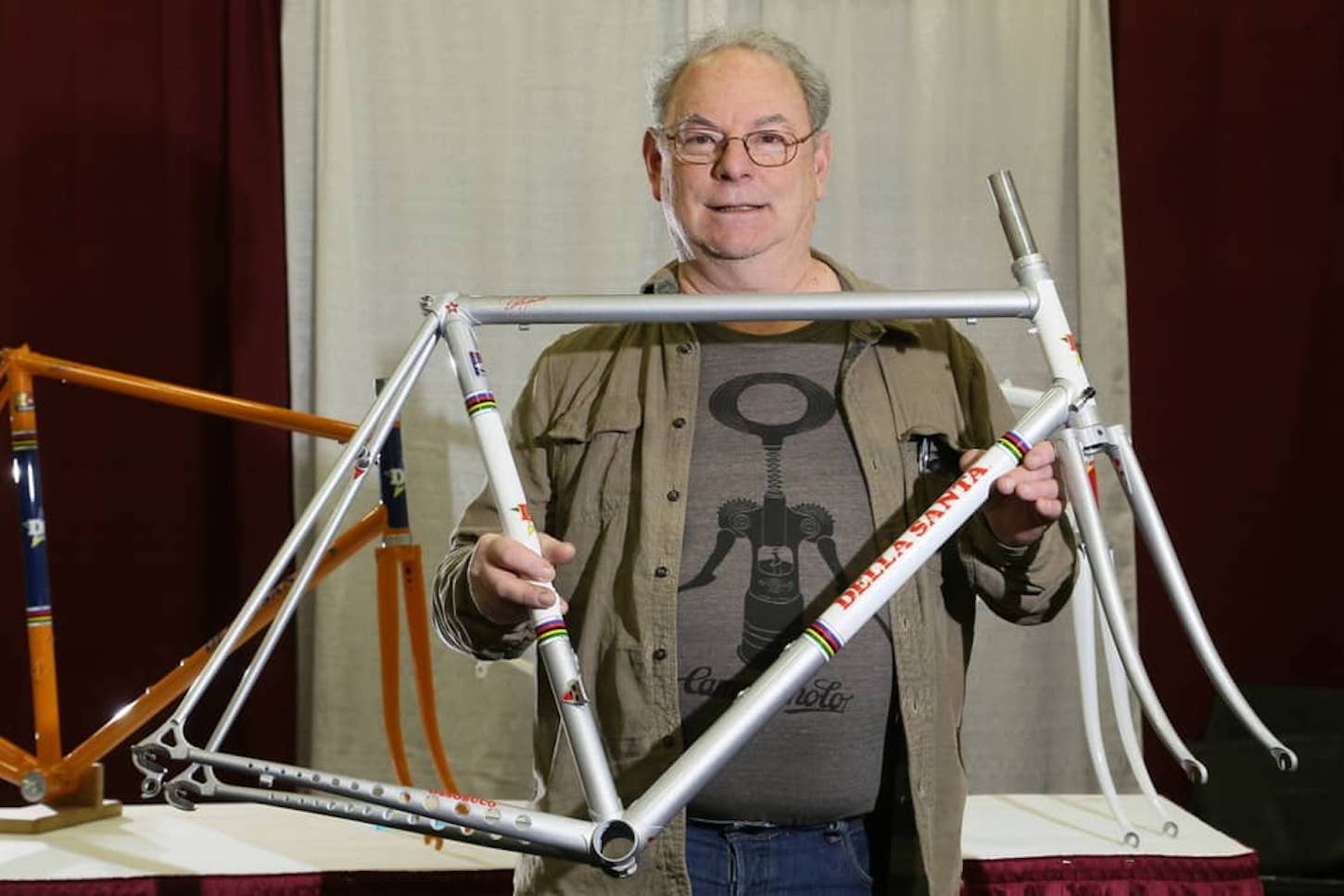 Renown American framebuilder Roland Della Santa died this weekend. According to a longtime friend of Della Santa, Jan Johnson, who’s also the wife of framebuilder Peter Johnson, he was found dead at his home in Reno on Saturday morning.

Della Santa frames became objects of desire over the decades, even catching the eye of a young Greg LeMond who raced on his bikes during his early years.

Della Santa was not married, had no children, so funeral arrangements are still being arranged.