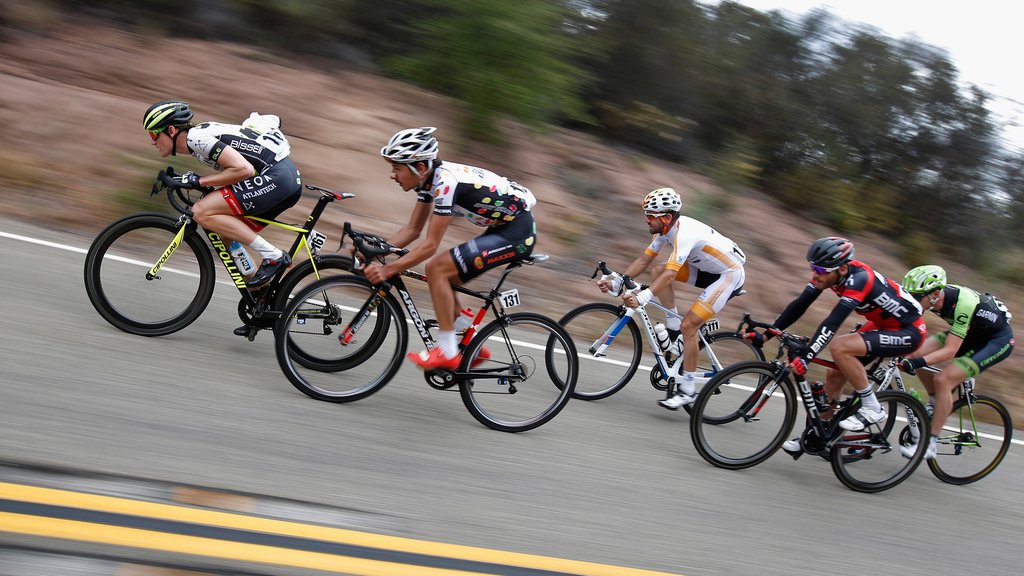 Meanwhile, Julian Alaphilippe (Etixx-Quickstep) sealed the overall race victory, after finishing safely in the peloton, to beat BMC’s Rohan Dennis by 21 seconds, followed by the American rider, Brent Bookwalter, who rounded out the final podium in third, at 43 seconds back.

Earlier in the stage, Sagan attempted to animate the race, as the green jersey wearer proceeded to split the peloton and subsequently attack off the front.

However, seemingly upset by the lack of interest on the part of his Tinkoff teammates to join in on his aggressions, the world champion quickly retreated back into the peloton for the remainder of the stage.

Once the teams got onto the finishing circuit in Sacremento, Tinkoff came to the front in numbers this time, needing to bring back the seven-man breakaway, who were still over a minute ahead of the peloton.

Tinkoff’s show of strength saw the peloton strung out along the wide roads, but with two kilometers to go, the breakaway started to attack each other, with Dimension Data relying on Mark Renshaw to help drag them back.

However, that move served to isolate Cavendish for the bunch sprint.

From there, Katusha swarmed to the front in support of Kristoff, with Sagan and Cavendish sitting on the Norwegian rider’s wheel.

However, Sagan managed to pre-empt Kristoff’s sprint and got the edge on him, but Cavendish wasn’t to be beaten, easing past Sagan and over the line.