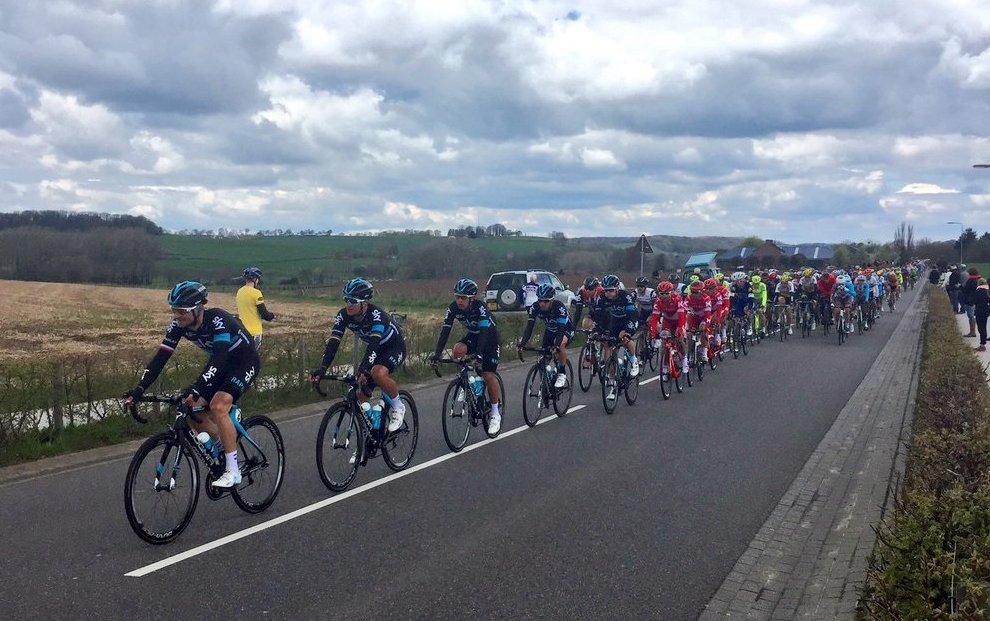 Gasparotto made his winning move along the final climb, taking Michael Valgren (Tinkoff) with him as they chased down lone leader Tim Wellens (Lotto-Soudal), who had been clinging to a 17 second lead up until the final climb, after attacking the main bunch during the final 7 kilometers.

Meanwhile, the peloton continued to chase the duo in earnest, with pre-race favorites such as Michael Matthews (Orica-GreenEdge), Julian Alaphilippe (Etixx-Quick Step) and Rui Costa (Lampre-Merida), not far behind.

However, the chase failed to organize its efforts in catching the two leaders, as Valgren vigorously drove the pace during the final kilometer.

But, Valgren’s aggressions quickly sapped him of his energy, as the Danish rider found himself fading during the final 100 meters, and was unable to fend-off a last surge by Gasparotto.

Sonny Colbrelli (Bardiani-CSF) subsequently took the last step on the podium, after beating Bryan Coquard (Direct Energie) and Matthews in the sprint.

As usual, the Amstel Gold Race was a war of attrition with its 34 climbs. But, the day’s main breakaway group of 11 riders did a respectable job of staying out front for a good deal of today’s race, while building up a sizable advantage of five minutes over the peloton.

Two of the biggest surprises of the day, came from defending champion Michal Kwiatkowski (Team Sky), who was dropped on the penultimate climb of the Cauberg with just under 20 kilometers to go, while three-time winner Philippe Gilbert (BMC), was also dropped with around 30 kilometers to go.

However, the quintet was caught shortly thereafter, while Orica-GreenEdge proceeded to take over the pace-setting at the front, in an attempt to keep Michael Matthews and Simon Gerrans in position to contest the sprint.

But, despite their efforts, Gasparotto’s attack on Cauberg proved to be the decisive move of the day, with the Wanty-Groupe Gobert taking his  Amstel Gold Race title.

Gasparotto dedicated his victory to his teammate Antoine Demoitié, who died last month from injuries sustained when he was struck by a motorbike during this month’s Gent-Wevelgem race.