An Inside Look at Eliel Cycling Apparel 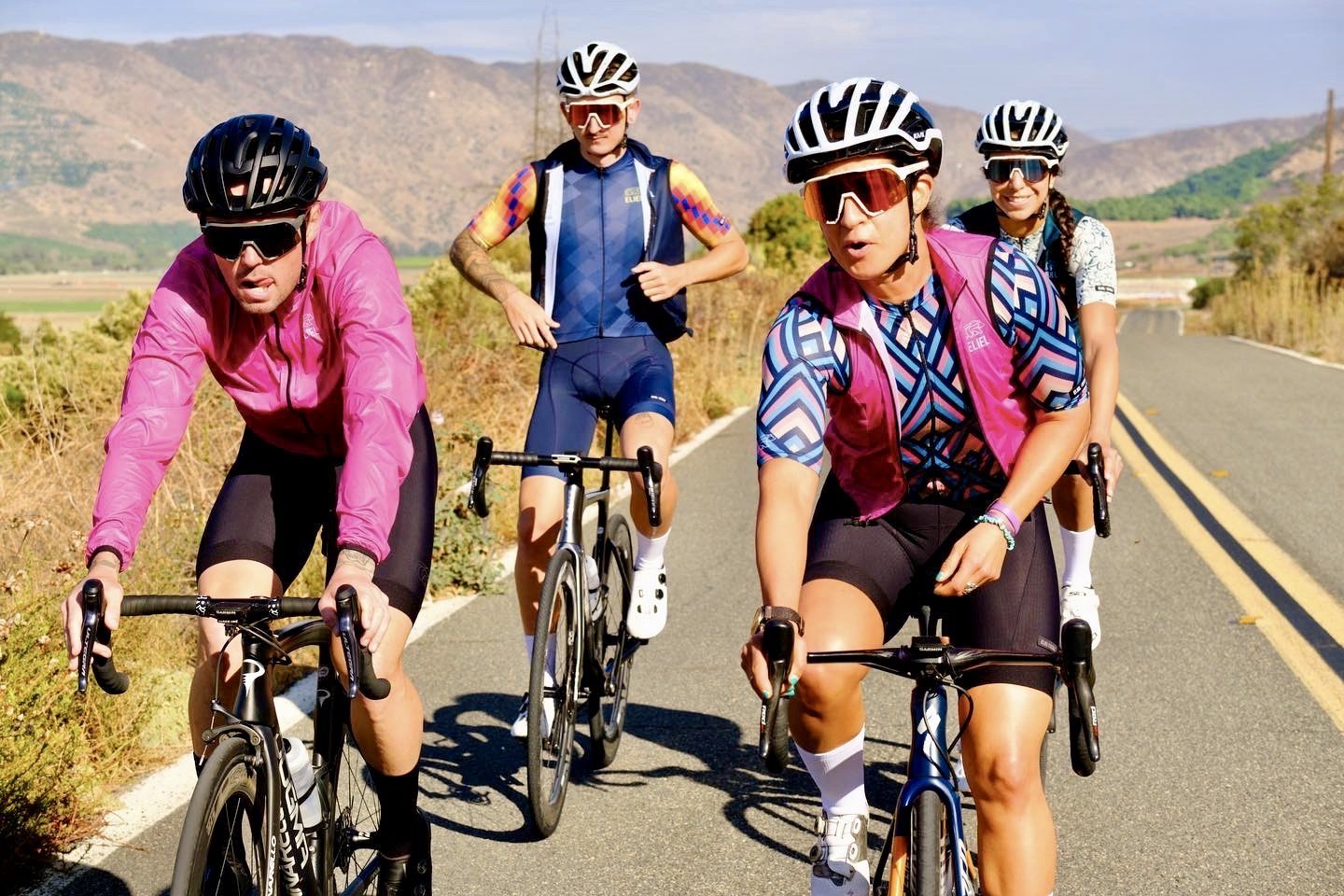 After thirty years in nearly every facet of the cycling industry, Ryan Cady brings a level of expertise and insight that few other CEOs can match. From a professional racer turned bike shop owner, to the COO and Co-Owner of Sock Guy, to his current position as Founder and CEO of Eliel Cycling, Ryan not only knows the passion it takes to create some of the highest quality cycling kits in the industry, but the pain that comes from suffering through a season of inferior apparel.

ENVE’s relationship with Eliel goes back a number of years and a handful of brand collaborations. Both brands share a lot in common, including U.S. manufacturing, premium materials, and a deep passion for cycling that has steered each company’s direction. These are the very reasons why we partnered with Eliel for the recently-released Horizon Collection that includes some of their time-proven bib and jersey designs.

THE MILLS THAT WE USE, THEY’RE ARTISTS, AS WE ARE, AND LIKE ENVE IS; THEY PUT THE CARE AND TIME INTO BUILDING THAT MATERIAL WITH THE BEST INGREDIENTS,” SAYS CADY.

When Ryan Cady sold Sock Guy in 2012, he knew that he wanted to remain in the cycling industry and it wasn’t long before he honed in on textiles as his next venture. His years spent racing had rubbed him in all the wrong spots when it came to riding in custom apparel. “I was always frustrated by what I had… you couldn’t get good chamois and the material would deteriorate pretty quickly. It wouldn’t last even a full racing season.” Cady recalls his early team kits. Always looking for ways to improve, Ryan took notes on the little things like gripper lengths, zippers, and the way some kits bunched or pulled in certain areas, and set about to solve those problems. However, in order to fix these issues, he knew he’d have to build his brand from the ground up. Adding a personal family touch, he named the company after his great grandfather Eliel with whom he shares a middle name and cites as a source of inspiration; “we translate that to the best of the best and that’s what we are, that’s what we’re striving to be at all times.” And thus Eliel was born; again.

“THE TOP BRANDS OF CYCLING WERE MOSTLY EUROPEAN BASED OVER THE YEARS, AND WE REALLY FELT THAT CALIFORNIA HAD A LOT TO OFFER. THIS IS WHERE I GREW UP RIDING,” EXPLAINS CADY.

EUROPEAN TRADITIONS, MADE IN AMERICA

Instead of working with an overseas manufacturer to build kits to his specifications, Cady was insistent on locating his facilities in America. “We were really looking to build a U.S.-based brand” he reiterates, and as a native of the San Diego area, he already had a location in mind. Between the near-perfect year-round weather, cycling culture, and proximity to infrastructure Southern California was top on Cady’s list, “it’s an amazing place for cycling and triathlon, and all those active outdoor activities as well as fashion and inspiration,” he explains. Instead of constantly traveling around the world and relying on the expertise of others, Cady positioned Eliel for long-term growth by building his own factory and taking a hands-on approach to every step of the clothing process from sourcing materials to testing prototypes.

NEW KITS ON THE BLOCK

In 2014 After committing to an integrated approach, Ryan didn’t waste any time acquiring equipment and expertise, testing clothing, learning where the best materials came from, sourcing fabric, and hiring San Diego-based pattern makers. “We incorporated at the start of 2014 and got our first equipment, all of the laser cutters and heat presses and printers, to make all the gear that showed up around March 2014,” he recounts. Word of mouth spread quickly in the local cycling community as friends referred each other to the new kits in town. “We started small and we had good connections in the industry with friends and in teams, but you know, honestly, it was those people evangelizing the product after they used it,” Cady remembers, and helped to bolster Eliel’s credibility for quality. Soon a factory team formed and with it came a community of cyclists who shared Ryan’s passion for impeccable fit, comfort, and durability.

Eliel doesn’t make their own fabrics but is dedicated to testing and sourcing from the top suppliers in the world that have spent decades perfecting their materials. “Most of it is still coming from a lot of the Italian suppliers and European suppliers; that’s where a lot of the knitting technology evolved over the years and where the machines have been,” Cady shares. He’s found that in Europe, and Italy in particular, the materials have been built specifically with cycling in mind so they’re tailored for that use and not being adapted from some other sport or usage. “We learned very quickly the inconsistencies of some of the inferior materials out there, and how much it actually caused issues in terms of print issues, shrinkage, and how it performed.” If you’re wondering just how much of a real-world difference there can be between seemingly identical materials Ryan is quick to share a story; “I remember having two identical materials, you probably could not tell the difference, from two different manufacturers and one breathed exceptionally well, which was an Italian fabric that we still use, and another one was sourced from outside of Europe and it was super hot. I couldn’t believe the difference.”

“IT’S NOT HARD HERE IN CALIFORNIA TO JUST LOOK AROUND AND LOOK AT THE VARIOUS PLACES AND ENERGY AND COMMUNITIES HERE TO FIND AMAZING INSPIRATION…HAVING COLORFUL GEAR AND COOL DESIGNS IS AN AWESOME WAY TO EXPRESS YOURSELF,” ADDS CADY.

In addition to fit and feel, the life of a well-made garment can be measured in years rather than miles or months. “I remember my final year on the regional pro team that I was riding on and we got like four kits for the whole year and those kits were destroyed by mid-summer” laughs Cady. If a worn-out chamois and baggy bibs sound familiar, the materials and craftsmanship from Eliel are quite the contrary, with some customers riding their first test kits into their fifth year and beyond. Ryan also understands that regardless of how comfortable a kit is, how it looks can be just as important as how it feels. Known for their SoCal aesthetics with bright bold colors and Endless Summer sunset fades, Eliel clothing is easy to spot in and out of the saddle with designs that are as unique as the riders who wear them.

As Eliel continues to grow they strive to lead the industry in both design and manufacturing as well as employ best practices for both employees and the environment. “Sustainability is a big thing for us, and that’s also one of the big reasons that we really work with the suppliers that we do,” Cady explains. Both Eliel and their suppliers are moving toward recycled fabrics while Eliel continues to source their material exclusively from Bluesign certified manufacturers; the garment industry standard for transparency, environmental safety, and sustainability. In addition to following trends such as gravel-inspired cargo bibs, Ryan hinted at the arrival of advanced new fabrics that will make an appearance in their clothing line in 2022. Keep an eye out for Cady on the starting line at The Belgian Waffle Ride or Rock Cobbler and you just might catch a glimpse of what’s to come.