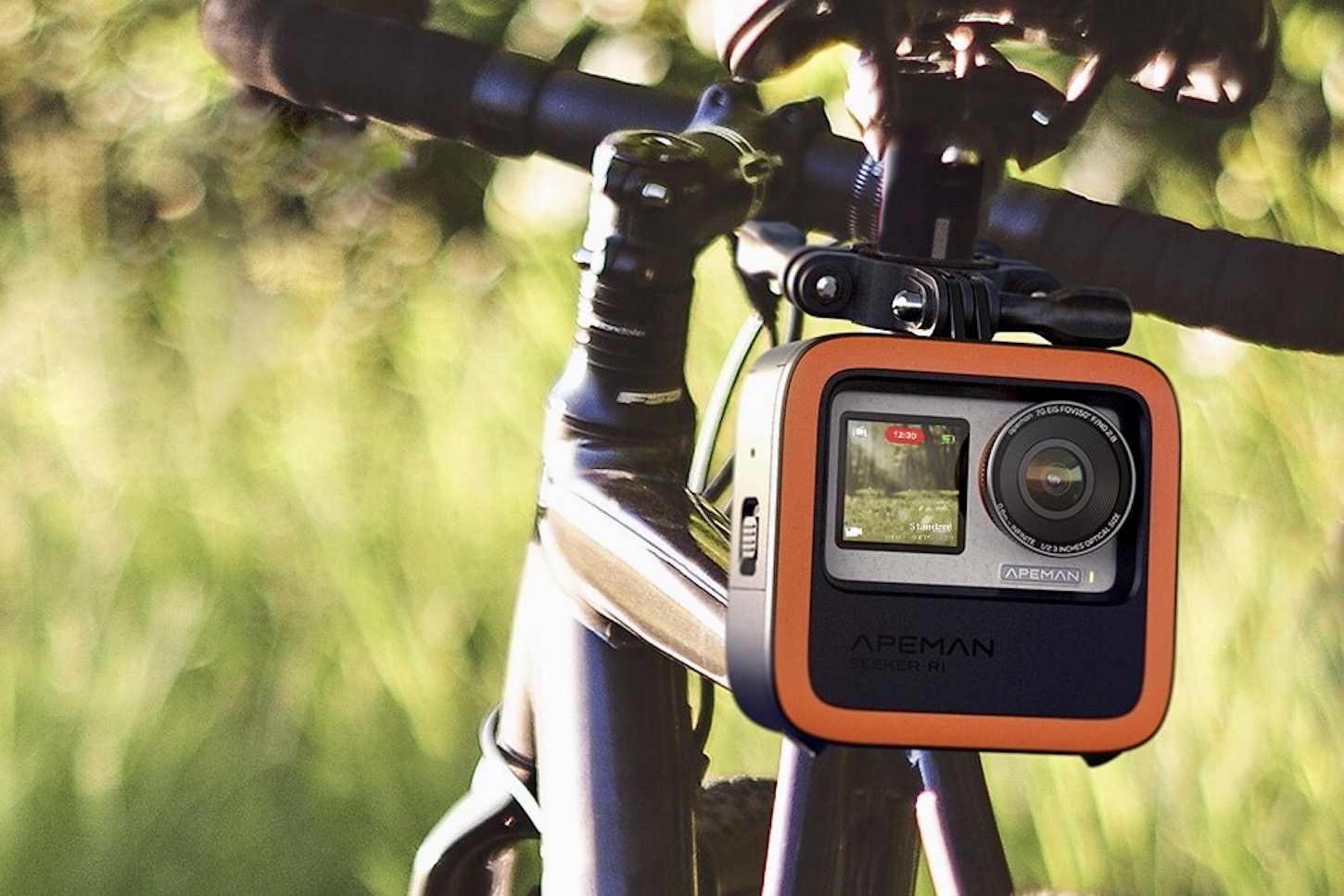 Apeman is showing-off its latest smart cycling camera system called the Seeker, which features a modular 4K action camera, a smart brake light and taillight system, as well as laser bike lanes and a live rearview that’s delayed via the rider’s smartphone.

“Our new series aims to elevate the safety of all cyclists to the next level. We wanted to make use of the best technology that is available to us and increase the visibility and safety of our users,” said a statement. “We wanted to come up with a solution that also allows cyclists to also be completely aware of their surroundings. So, we incorporated our Seeker series with a modular 4K camera (Seeker One) that has a super-wide 150˚ FOV that records and provides a live view of any incoming vehicles on your smartphone,” boasts Apeman.

The Seeker R1 is also equipped with safety features including the Seeker Smart Taillight, which is a combination of an intelligent taillight and brake light system, while a built-in light sensor automatically detects the ambient environment lighting that can turn the system on and off.

Additionally, the taillight can detect when the cyclist is slowing down, which will immediately start flashing to alert motorists. Moreover, the Anti-collision Laser Bike Lane works in tandem with the Seeker Smart Taillight to create a “safe-cycle-zone” that warns other vehicles to keep a safe distance.

The Seeker series will also debut its newly integrated Go Ape SR Sense Mode, which can be found via its companion app, Go Ape. Once paired, Seeker R1 (and the app) will transform the smartphone into a live rearview mirror/digital dashboard that keeps the cyclist informed with information such as a speedometer, distance travelled, riding duration, battery life and altitude gain, while riders can also toggle between the different light modes of the Seeker series within the app to maximize their visibility.

Apeman has undertaken a crowd-funding campaign on Kickstarter, offering special incentives to early-backers.