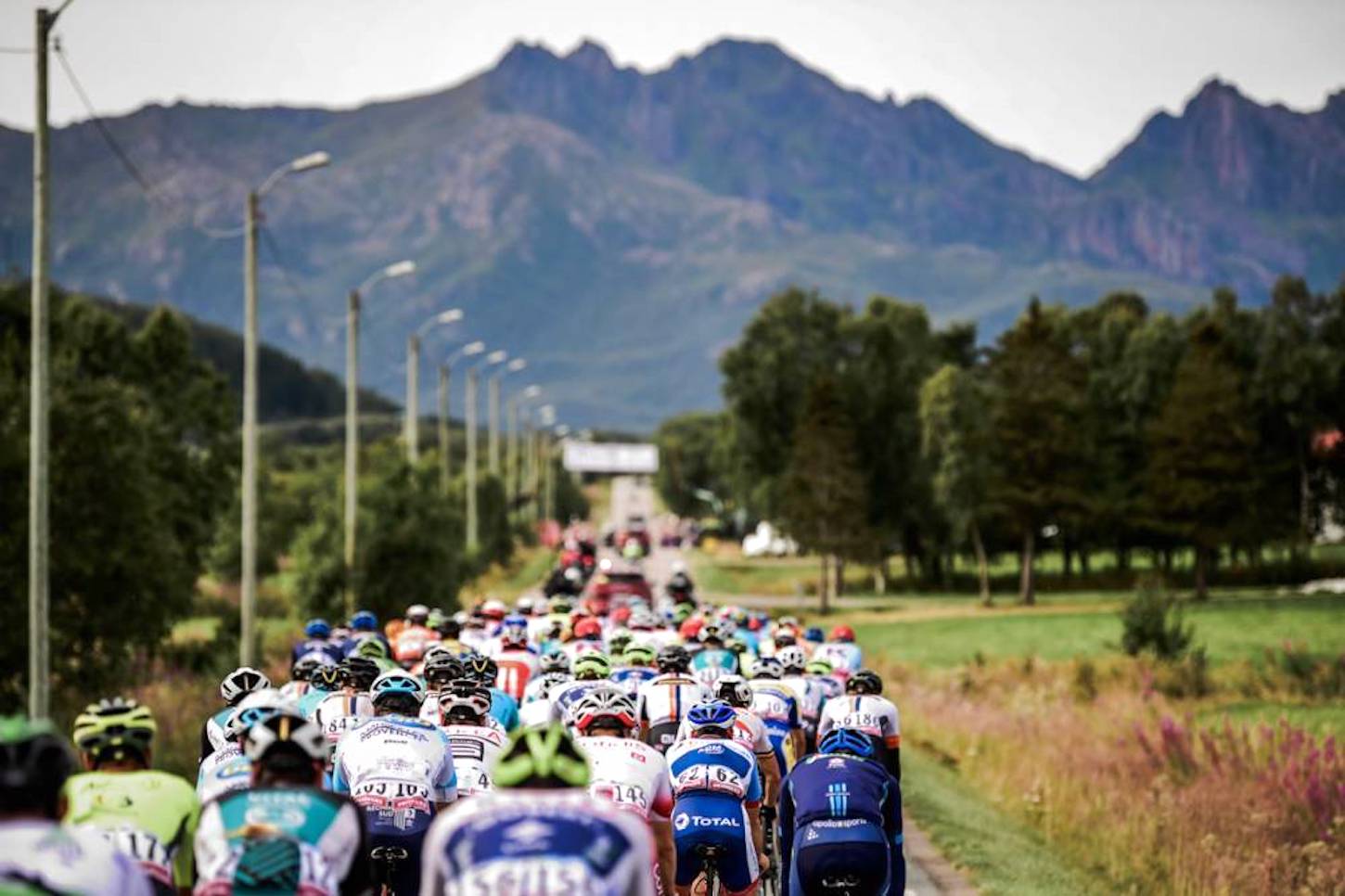 Odd Christian Eiking (Wanty Gobert) claimed stage 3 of the Arctic Race of Norway today, after the Norwegian rider rode clear of Warren Barguil (Arkea Samsic) and Alexey Lutsenko (Astana) during the final 400 meters atop the Storheia Summit to seize a solo victory in this year’s Queen Stage.

Meanwhile, Mathieu Van der Poel (Corendon-Circus) lost contact with the leaders along the 11.8% climb, losing more than a minute and any chance of the overall victory.

Time bonuses moved Barguil into the overall lead, with Lutsenko in second at just three seconds behind, Krists Neilands (Israel Cycling Academy) sits in third at 15 seconds back.

Storvatnet climb was located right after the flag off. It was suitable for early attacks. King of the Mountains Stephen Cummings (Dimension Data) passed the Storeidet hill in first position at km 18, after which the breakaway of the day was formed by five riders: stage 2 winner Bryan Coquard (Vital Concept-B&B Hôtels), Kristian Sbaragli (Israel Cycling Academy), Danny van Poppel (Jumbo-Visma), Erlend Blikra (Team Coop) and Thimo Willems (Sport Vlaanderen-Baloise). Coquard won the first intermediate sprint at Myre, km 44.5 and the second one at Sortland, km 84. The leading quintet was able to carve out a maximum advantage of 3’20’’ with over 100km remaining. Corendon-Circus and Astana led the peloton to decrease the gap. Sbaragli won the KOM at Storvatnet, km 90, with an advantage of 1’55’’ over the peloton. After two hours of racing, the average speed was 44.3km/h.

Katusha-Alpecin and Delko Marseille seized the command of the peloton. Trainee Juri Hollmann and Przemyslaw Kasperkiewicz were their designated riders for pacing. With Yuriy Natarov pulling as well, Astana continued to show that their ambitions to win the Arctic Race of Norway with Lutsenko were high. Stabilized earlier around 1’15’’, the deficit of the bunch was back up to two minutes when Coquard took the third intermediate sprint ahead of Van Poppel at Stokmarknes with 34.5km to go. Job done, the French sprinter sat up and awaited the peloton. 25km before the end, the deficit of the peloton was 1’25’’. Van Poppel was next to sit up at the 10km to go mark while the time gap was reduced to 45’’.l

Blikra attacked at the bottom of the finishing climb with 5.5km to go. 1km further, Ilnur Zakarin (Katusha-Alpecin) sustained a mechanical and got a bike change. Blikra was the last breakaway rider to be reeled in with 3km to go. Loïc Vliegen (Wanty-Groupe Gobert) was first to go clear off the bunch and Barguil the second to up the tempo in a steep part 2.5km before the finish. With 2km to go, race leader Mathieu van der Poel (Corendon-Circus) had to let four riders go: Lutsenko and Hugo Houle (Astana), Eiking and Barguil. Lilian Calmejane (Total Direct Energie) and Krists Neilands (Israel Cycling Academy) made the junction inside the steep last kilometre. 400 metres before the line, Eiking powered to victory as Barguil and Lutsenko couldn’t hold onto his wheel. They crossed the line in that order with Barguil taking the lead of the general classification over from Van der Poel, with an advantage of 3’’ over Lutsenko and 15’’ over Neilands.