Art or Vandalism? The Painted Bikes of Amsterdam 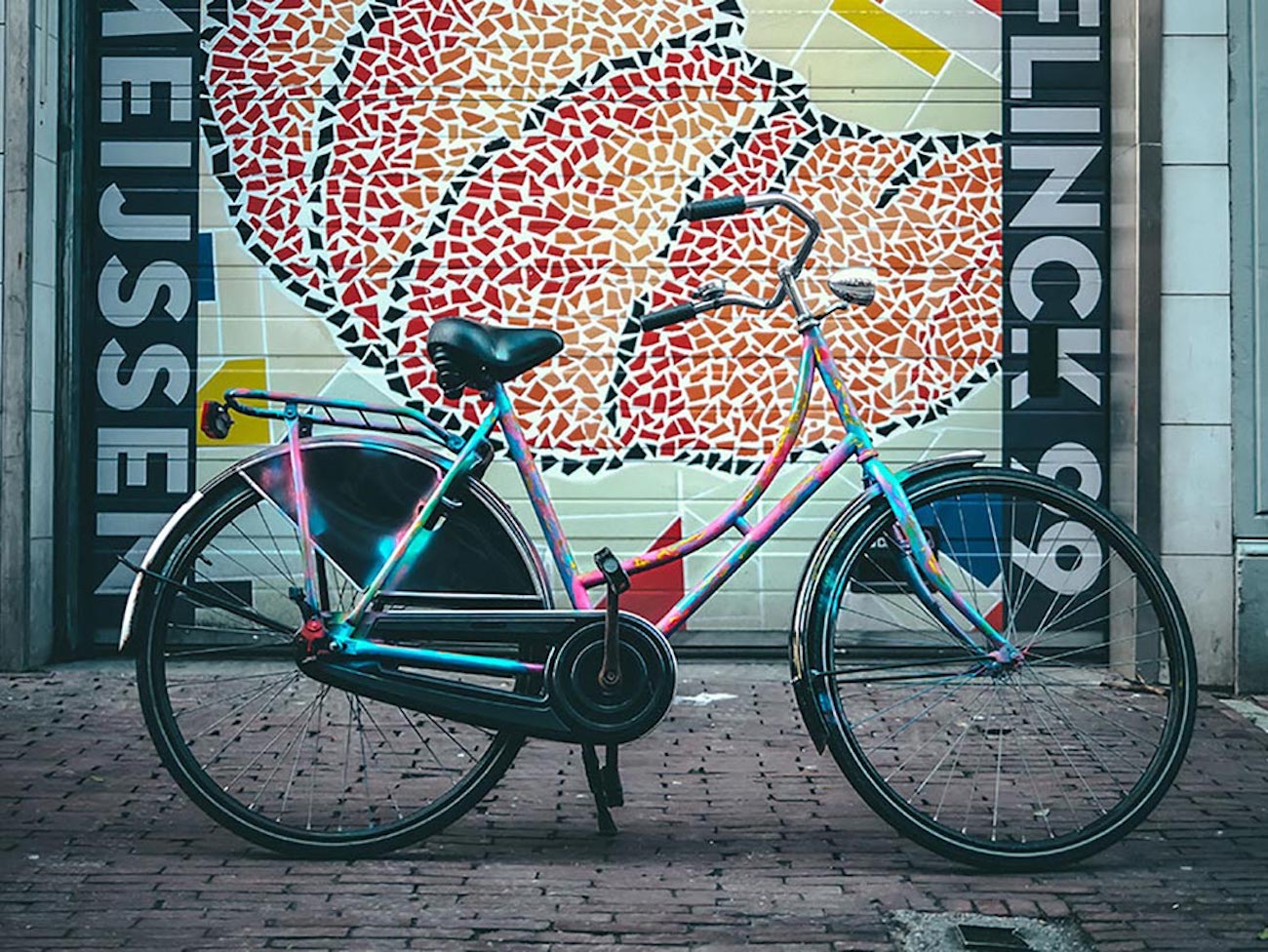 words and photography by Rolling Spoke

Aerosol cans are not just used for covering walls in graffiti. In a phenomenon unique to Amsterdam, bicycles have become a blank canvas for a personalized touch of stripes and polka dots.

At first glance, these colorful bikes appear to be a spontaneous act of creativity (or perhaps madness) likely inspired after several drinks at the local bar. In other instances, they look as if they were ravaged by vandals. But how does one separate the work of a Van Gogh wannabe to that of a hooligan? The answer may be that it depends, so I came up with checklist.

Why spray paint a bicycle?

One reason is to simply put an artistic flare on a beater bike. Another reason has to do with Dutch practicality, making it easy to find if when one forgets where they parked it. Petty thieves will also find them less desirable since a yellow bike with red polka dots is pretty easy to spot. Anyone who wants the stolen ride will also have to take the time to paint it.

According to one opinion, some bikes that look like they were maliciously attacked by an aerosol can have been in fact intentionally spray-painted city officials. They are unclaimed bikes which are tagged and then sold at auction. At this time, this is only hearsay.

Whether vandalized or customized, the painted bicycles of Amsterdam will continue to add some funk to city full of personality.