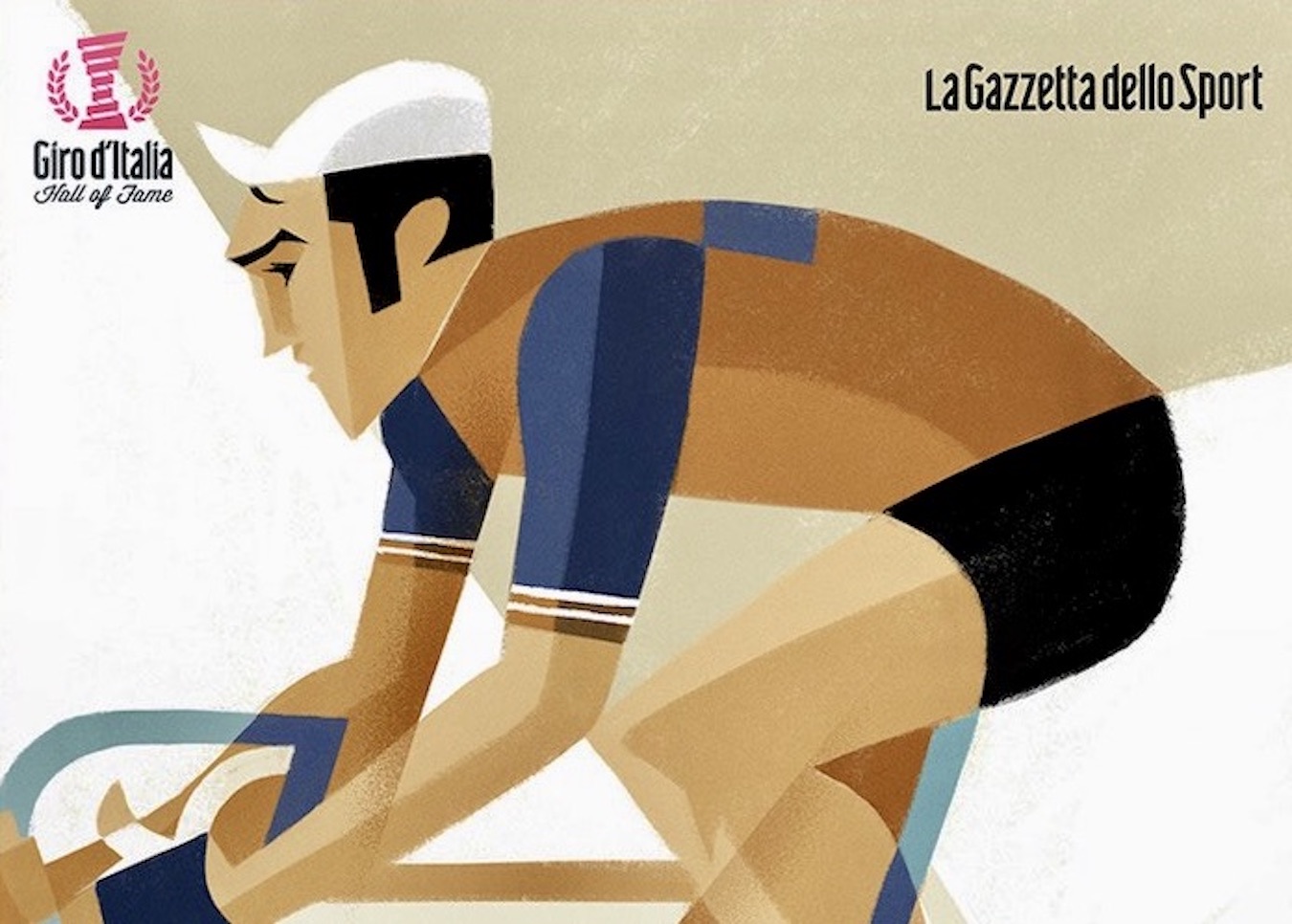 Merckx was the first luminary to be inducted into the newly create Giro d’Italia Hall of Fame in 2012, followed by Felice Gimondi in 2015.

To commemorate all of the inductees, the race’s organizer, Gazzetta dello Sport, commissioned Guasco to create a series of illustrations that celebrate the race’s protagonists in the likeness of the Italian artist’s Art Deco-esque style.