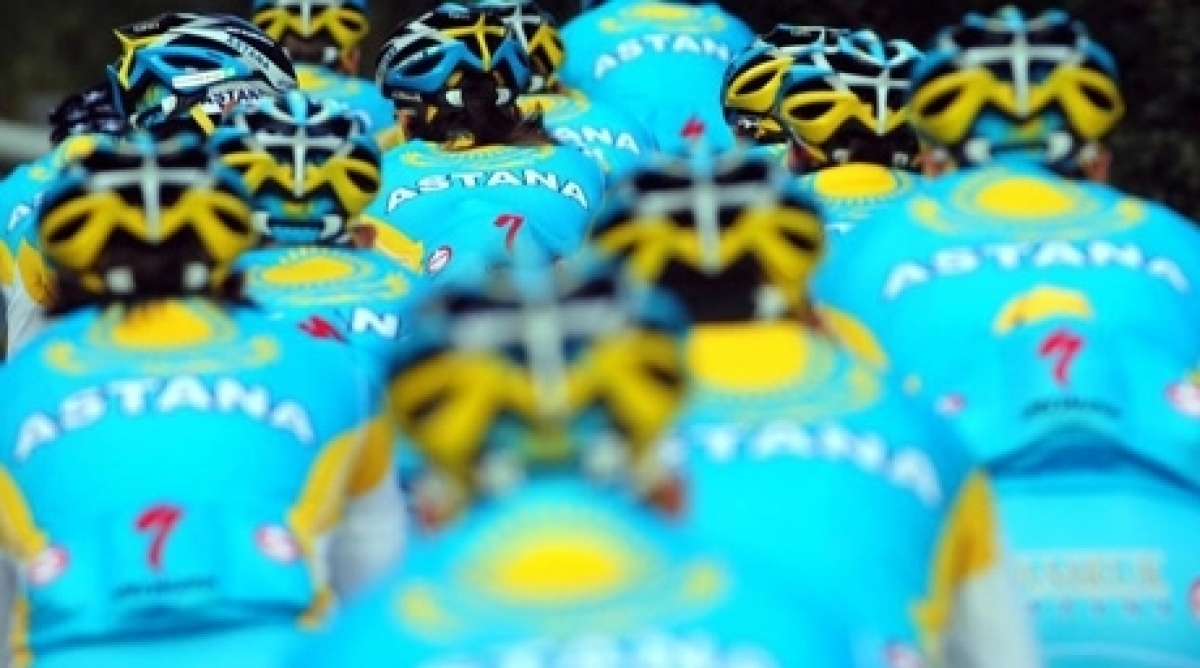 After being sponsored by Specialized since 2010, Astana will start riding Argon 18 bikes for 2017, after the Canadian brand announced today that they’ve agreed to a three-year deal with the Kazakhstan team.

The WorldTour circuit is the world stage of cycling and Argon 18 makes bikes for the world,” Argon 18 CEO Gervais Rioux said in a press release. “To be associated with Astana Pro Team and the WorldTour confirms once more our status of leading global bike manufacturer in the industry. We are very enthusiastic about this new partnership and what it means for Argon 18’s future.”

Astana Cycling Team is glad to inform about signing of 2-years contracts with four new riders.

In 2017, the following riders will join the Kazakhstan team:

Oscar Gatto is a 31-year old Italian rider specializing in classic races. Among his fourteen wins the most significant is the Dwars door Vlaanderen win (2013) as well as wins of Giro d’Italia (2011) and Tour of Austria (2014). In ten years of his career, Oscar Gatto participated in 11 Grand Tours.

Michael Valgren is a 24-year old Danish rider; he is a double winner of the oldest one-day classic race Liège-Bastogne-Liège (2013, 2012). He is also a double winner of the Tour of Denmark, the last of which has completed just yesterday on July 31, 2016. This year, he also finished on the podium of one of prestigious spring classics Amstel Gold Race coming second. In six years-career, Valgren participated in three Grand Tours including recent Tour de France.

Jesper Hansen is a 25-year old Danish rider specializing in mountain races. Being a good mountain domestique working for leaders, Hansen is also a winner of the stage and overall ranking in the Tour of Norway (2015). In 2016, he has finished on the podium of the Tour of Croatia coming second in general classification of the race.

Moreno Moser is a 25-year old nephew of famous Italian rider Francesco Moser – one of the best bicycle racers of mid-70s and up to 80s. Today, the young rider has seven professional wins, including Tour of Poland win (2012), where he won two stages apart from overall ranking, Strade Bianche (2013) win and others.

“This year, we have signed four new riders. Oscar Gatto is an excellent classic rider and finisher. He is an experienced rider who will help and teach our Alexey Lutsenko. We have also strengthened the team for classics by Michael Valgren who also has big experience of riding in such races and had won at various times. We have also signed a young mountain rider Jesper Hansen who will help to our Aru in mountain stages of marathon cycling races. Moreno Moser is a good “motor”, he has big potential and I’m sure that he will have progress in our team. We will make him a good cycling rider for such week-long stage races as Paris-Nice, as well as classics. As we remember, he was good on stages of Giro this year and he has potential for growth” – commented General Manager of the team Alexander Vinokourov.