Audi Increases Safety Features on A8 to Protect Cyclists from “Doorings” 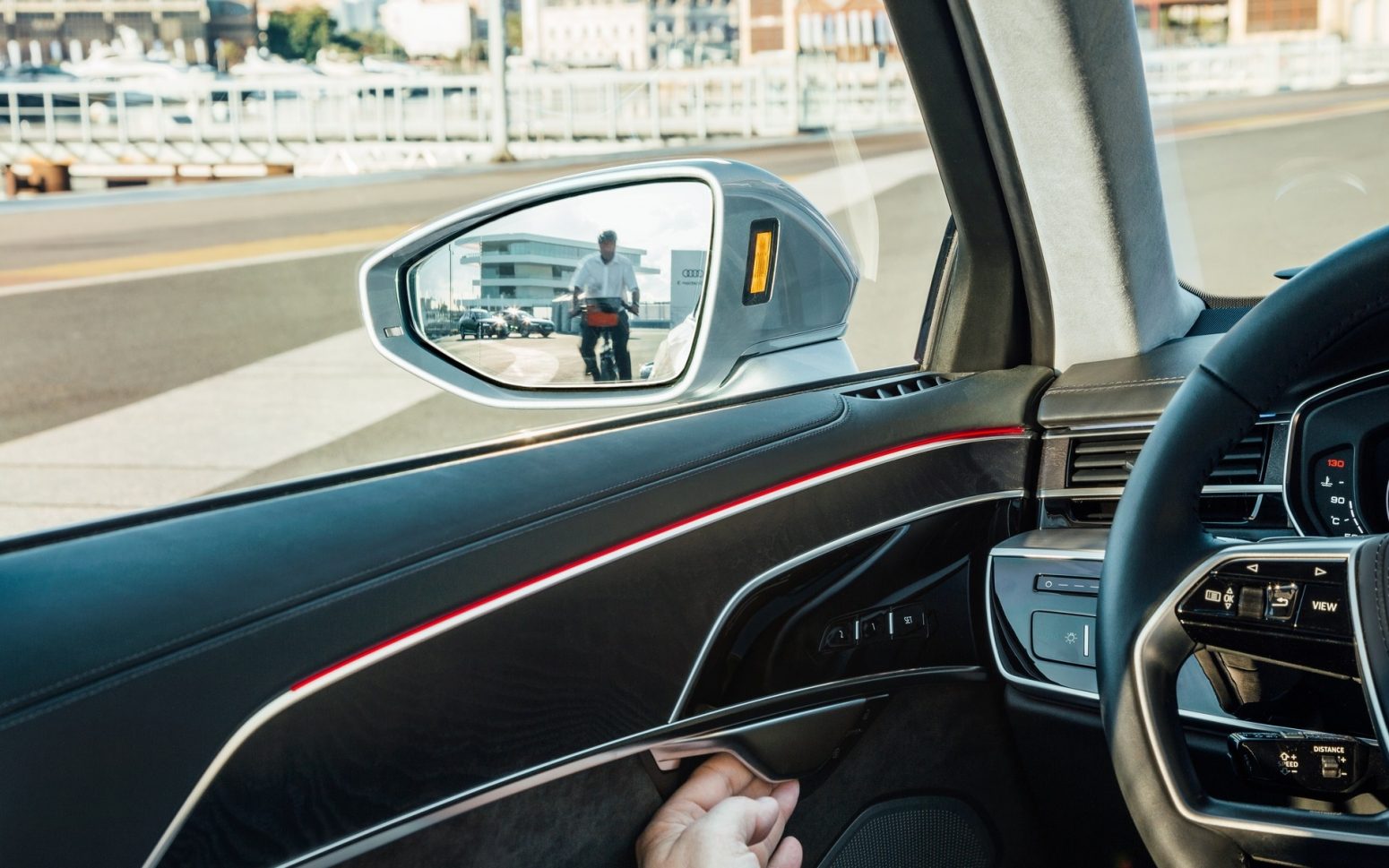 Audi has expanded its Exit Warning technology for the latest version of their A8 model, which is designed to further protect cyclists from  dreaded “doorings”.

While the safety of cyclists is the primary aim of the system, the Exit Warning feature will also warn drivers about passing cars and trucks as well.

In addition, the A8’s front and rear bumpers are now fitted with a number of ultrasonic radar sensors, which provide a greater range of view that can alert the driver when it is safe to change lanes, and will be expanded over time to include advanced semi-autonomous functions. Moreover, the system can also check for traffic, including cyclists approaching from the rear for up to three minutes after the engine has been turned off.

As with current Audi models, the driver and occupant(s) will see red lights flashing on the door trim if they grab the door handle when a cyclist is approaching from behind. And, in the event either should continue to open a door in spite of the warning, the vehicle will momentarily lock said door until the passing cyclist is out of harm’s way.

“The first thing is there is a warning; it’s based on the sensors in the rear,” explained Audi system expert Georg Maier during a demonstration of the system.

“The second thing is it delays the release of the door, so whenever there is traffic from the rear it delays door opening by 0.8 seconds.”

Front and rear sensors on the A8 can also warn the driver of cyclists who may be obscured by nearby parked cars or when visibility is hampered, like reversing out of a driveway or garage.

More promising, Audi says there’s the possibility of the technology trickling down to its more affordable models, along with other members of their automotive group, like Volkswagen, to get the technology as well.

“It’s the usual case, we start with the flagship and think how to roll that out on the other models,” he said.

In the USA alone, the number of “doorings” make up almost 20% of all reported bike accidents.