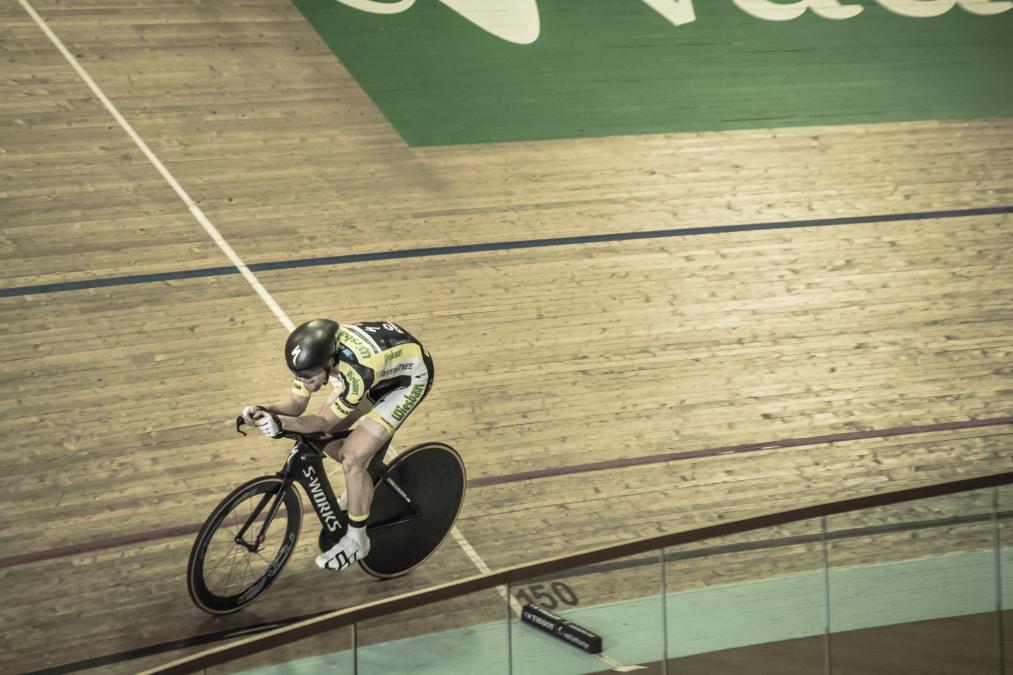 Austrian ultra-cyclist Christoph Strasser has set a new world record for the distance ridden on a velodrome during a 24-hour period, after circling the “boards” at the Velodrome Suisse for an astonishing 941.873 kilometers.

The four-time winner of the Race Across America (RAAM) covered 3,767 laps along the 250 meter track in Grenchen, Switzerland on October 14, with an average speed of 39.42 kilometers per hour (approximately 24.5 mph).

However, not everything went smoothly for Strasser, as he had to deal with stomach problems at various times during his feat.

“One of the guys in my crew was running towards me from the track to hand me a bottle of water every half an hour,” he said.

“My plan was to eat and drink more, because if you have more energy, you can push harder.”

“But after two hours I had to stop eating and drinking for two hours, and then the power output went down. I was almost vomiting, and it nearly happened,’ he says while recovering a couple of days after the record.”

“Because of the aero position of the upper body, I think my stomach had some pressure. And the nutrition was not proceeding smoothly from the stomach through the digestive tract.”

“So I really I had to concentrate to not vomit. But after two more hours, I could eat and drink again, and the power went up again,” he added.

Lack of sleep also presented a challenge for Strasser.

“The big problem is to stay concentrated the whole time. Because if you go to the left side too much, you’re at the bottom of the track and then you can crash, while if you’re going to the right part of the track too much, you can slow down.”

Yet, Strasser said boredom was just as much a factor as physical exertion.

“It is the most boring thing you can do on a bike, and I kind of underestimated that. But the good thing is that we had some tricks to handle that.”

“I had a small radio system so my support crew and I could talk. To be able to communicate with my crew and having people around me to cheer me on was a great relief.”

One official who oversaw Strasser’s attempt, was the former 24-hour record holder, Marko Baloh, who was working for the Ultra Marathon Cycling Association (UMCA) to observe the record and enforce the rules.