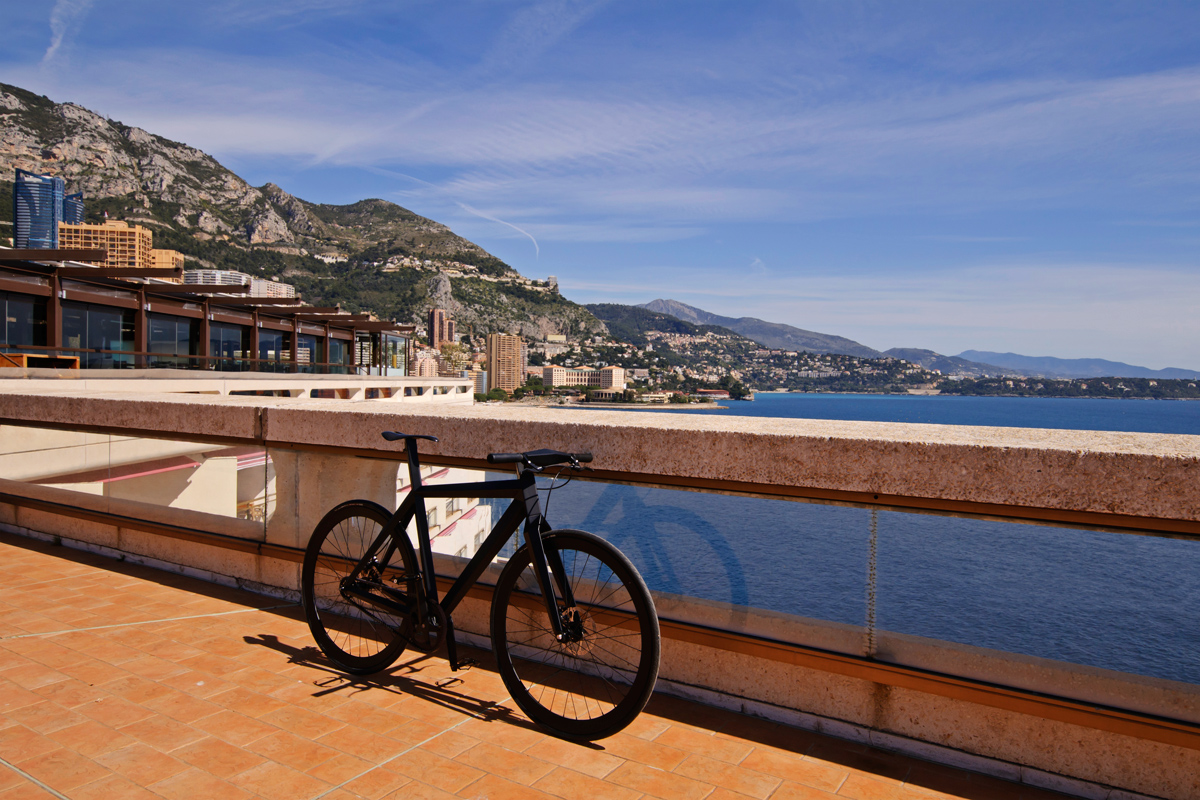 “The bicycle would be Black, almost radar absorbent. Any eye that caught it would be captured in its dark gravity. With flat paneling it would look like a veiled threat.”

The radical bike first appeared at a show in Berlin in 2012, from the Bratislava design firm, BME, who was previously known for its exclusive bamboo and titanium frames.

But, just think of all the faces you’ll get, when you roll up to Starbucks on this ride.

BME Design is a research and design company based in Bratislava, Slovakia (EU), transforming a passion for pushing the boundaries of innovative materials and construction technology in creative expressions.

All bicycles are personally designed and built by Braňo Mereš, the founder of BME Design (formerly known as Brano Meres Engineering & Design). His frame building began in 2001 started by exploring the possibilities of carbon composites and using bamboo as a tubing material for the frames (first bamboo MTB built worldwide).

In the experimental work, he applies his expertise in mechanical engineering (MSc. and PhD.), empirical analysis of mechanical structures, investigation of application of material technology, development and proof of construction methods, creative expression through creative design, and sometimes just because he wants to see what something is like to ride!

Production work is grounded in the results of the R&D background, exceptional quality of manufacture and rigorous testing and compliance with EU standards.