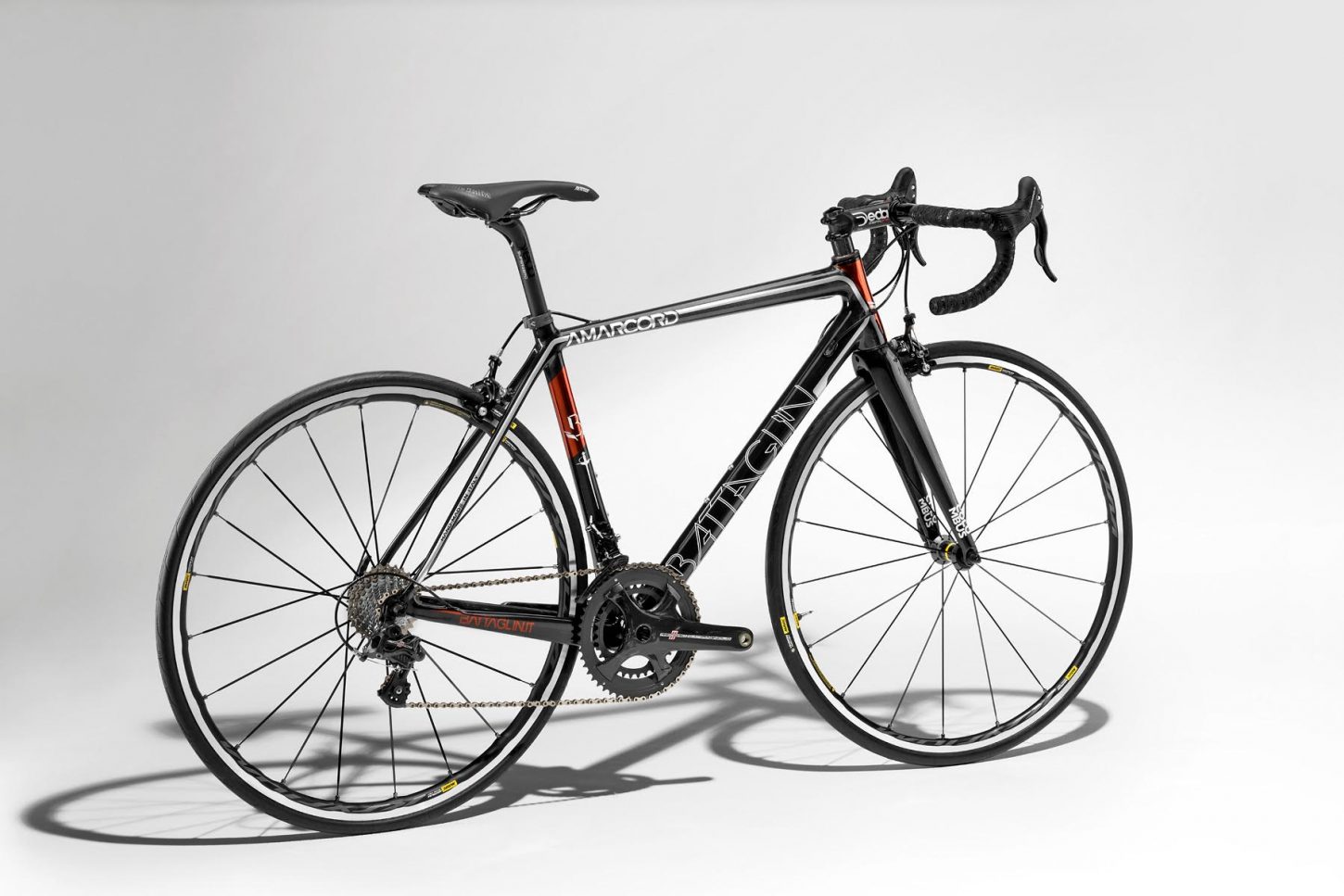 21 May 2018
By Lord Velo - In FEATURED ARTICLES, LATEST ARTICLES, THE DOUBLE DIAMOND

Working in partnership with former Olympic fencing champion turned cyclist, Battaglin has launched a special edition version of its Amarcord frameset in the name of Dorina Vaccaroni.

The special edition Amarcord presents all of the key features of the standard version such as Torayca T1000 uni-directional high modulus carbon, Columbus’ Futura Caliper full carbon monocoque fork, a 1-1/8”-1/2” tapered headtube, a Press Fit BB86 bottom bracket, carbon dropouts, Campagnolo and Shimano electronic groupset compatibility, full Internal cable routing and clearance for up to 700×28 tires, with the addition of Vaccaroni’s signature on each frame highlighted by a special insignia and paint scheme designed by her.

“At 37 years of age, after winning three Olympic medals and five World gold medals in foil fencing, Dorina Vaccaroni began cycling. It started out as a playful activity, but nothing is ever just a game to this woman. A strong spirit of competition ceaselessly flows in her veins and four years later she made her debut in professional cycling, marking the beginning of her next professional life”, says Battaglin.

“After winning her first-ever race, the D+ Ultracycling Dolomitica, Dorina became the Italian female champion of this specialty and she’s now a star pro racer in both road and Granfondo competitions. She’s a genuine talent who’s chosen to represent the Battaglin brand across the world.”

“We gave her an Amarcord frame, perfect for long distances and races that are very demanding on the body. The frame and dropouts are made in high-module UD carbon fibre and each component is designed to provide toplightness and maximum comfort. Everything was strictly made in Italy, via a unique blend of craftsmen’s experience and state-of-the-art equipment, ensuring sheer technical and aesthetic perfection.”

The Dorina Vaccaroni Amarcord is available for pre-order directly from Battaglin, or through their exclusive global retailers.

You can learn more by visiting Battaglin’s website here.