The Battle for Road Supremacy Between Motorists and Cyclists Continues 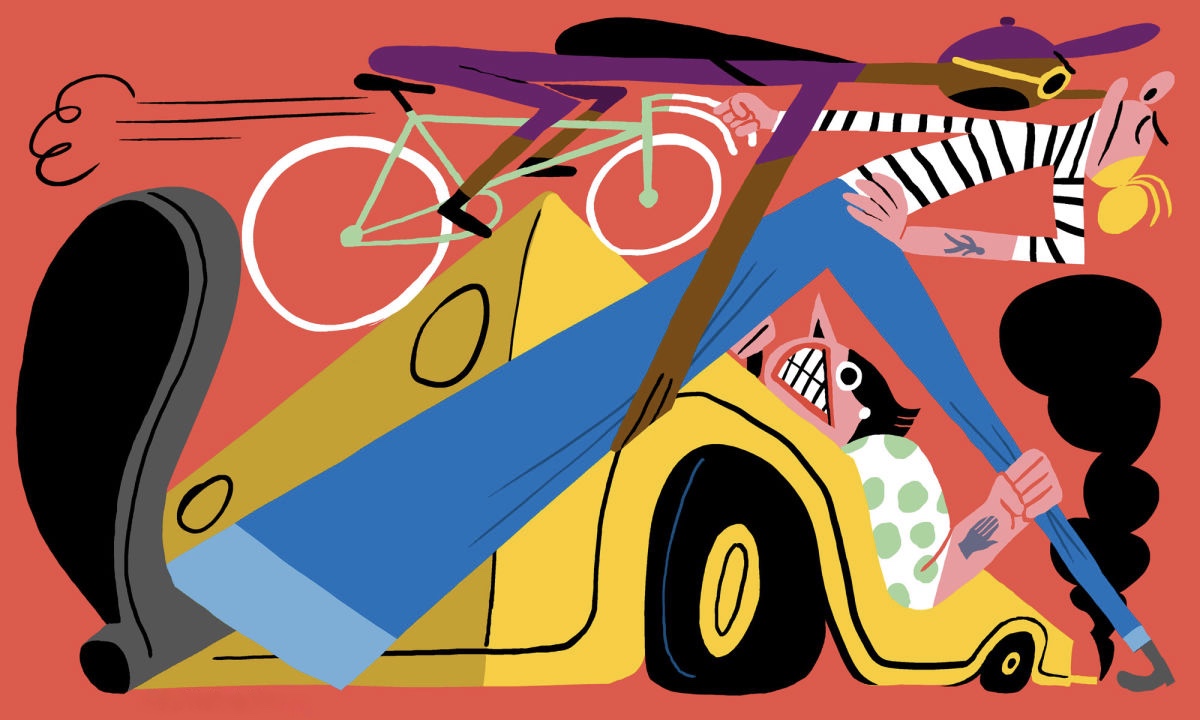 I turn on the car radio and the radio station host asks listeners to call in to comment on the idea of introducing compulsory registration for cyclists. The conversations that follow illustrate once again that our roads are a highly contested urban space.

As I expected, those calling in argue emphatically in favour of the radio host’s proposal. They claim it’s unfair that motorists pay for the roads cyclists use, that motorists should be able to report cyclists running red lights, and that cyclists should have insurance to compensate the cost of injuries or damage to cars.

What surprised me was not the arguments being invoked – these are well-rehearsed – but the radio host’s failure to question the assumptions on which the callers based their claims. Their hostility to cyclists appeared to be based on a certain view of what roads are for, and who is entitled to use them.

For starters, the radio host could have pointed out that the first roads developed in Europe and other parts of the world were primarily built for pedestrians (usually armies) and horse-drawn carriages. From the 1870s onward, cyclists started to appear on the roads, and they blended into existing traffic very easily.

Not until the 1930s did cars make their appearance in numbers. Due to their greater speed and weight, this presented a much greater public safety challenge.

Because said roads were built and designed with motorists in mind, it is easy for American and Australian motorists to feel cyclists are using “their” roads, and to feel as though cyclists are disrespecting the natural order.

But who pays for our roads?

Those phoning in appeared to believe roads are paid for in full by motorists through vehicle registration licensing. This is inaccurate.

Government statistics on public road revenues and expenditures show that the amount received from licensing fees is well below the amount spent on new road projects and road maintenance. The gap between the two is paid for through all kinds of taxes, which motorists and cyclists both pay.

But it’s not just about “who pays”. It is clear from census statistics that cycling has become the preferred mode of transport for many high-income earners. They can afford to live in gentrified inner-city suburbs and many of them have embraced cycling as a healthier lifestyle choice.

Governments are increasingly using subtle health reminders to nudge citizens towards healthier choices. Cyclists in turn have arguably become a highly visible public health reminder. It may be that they confront motorists with their own less healthy lifestyle, or their inability to stick to their new year’s resolution.

Without research we cannot be sure. However, this may explain some of the intense resentment some motorists seem to feel when confronted with cyclists. It would also explain the kinds of pejorative terms frustrated motorists hurl at cyclists (“those bloody latte-sipping greenies!”)

Beware the ‘us and them’ mindset

But this is not the only reason why we pit “the virtuous law-abiding motorist” against “the malicious free-riding cyclist”. We stereotype all the time, although the stereotypical categories we use to describe the world ultimately only exist in our imagination. This includes the categories “cyclists” and “motorists”. After all, many motorists also ride bicycles, and most cyclists drive a car (and thus pay rego).

Based on the stereotypes one might expect non-cycling motorists to be more aggressive towards cyclists than motorists who also identify as cyclists. However, research conducted in the UK revealed that this is a myth. The two groups did not differ in their attitudes towards cyclists.

It may be tempting to blame it all on “the media”. However, that would be to overlook that the “cyclists versus motorist” narrative also fits the current populist anti-establishment zeitgeist, and the idea that ordinary hardworking taxpayers are subsidising “the urban elite” and its frivolous activities.

By peddling this “virtuous motorists versus malicious cyclists” narrative, radio programs may well unwittingly contribute to this zeitgeist and the preoccupation with so-called “phantom problems”.

There are also positive developments. First, governments have stepped up investment in cycling infrastructure. There are now many more dedicated bike lanes and so-called green bridges.

This should not only increase cycling and car safety, but also reduce the temptation to break rules. This temptation might arise, for instance, when traffic lights do not detect waiting cyclists. Such places are increasingly fitted with a button cyclists can press without having to go on the footpath.

Second, cyclists are increasingly “self-policing” and advising fellow cyclists how best to share the road. They pull each other up on behavior that is “not on”, knowing that bad cycling behavior will give cyclists a bad name.

Finally, motorists appear to have become more tolerant towards cyclists in recent times, particularly since the “3 feet/one-meter rule” was introduced in the USA and other parts of the world, requiring motorists to give cyclists an enough space as a practical safety measure. It may well also have fulfilled an important signalling function, too, by conveying to motorists that cyclists have the right to be on the road.