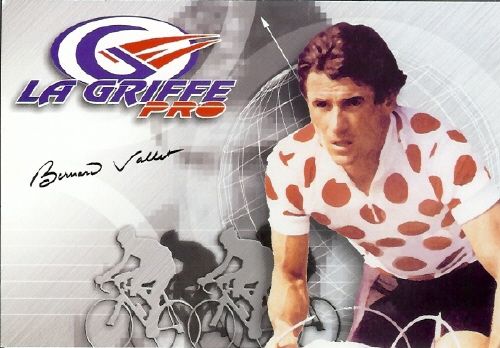 A belated happy birthday to Bernard Vallet, who was born on January 18, 1954.

The French rider is best known for winning the “Mountains Jersey” in the 1982 Tour de France.

In addition, Vallet also adds to his palmares, the winner of the 1968 French National Road Championships, 1982, ’84 and ’87 Six Days of Grenoble, 1984 French National Track Points  Championships and the 1987 Bordeux-Paris Classic, as well as numerous other lesser known races throughout France.

After his retirement, Vallet went on to become a notable sports commentator, covering the Tour de France, along with other important races in Canada.