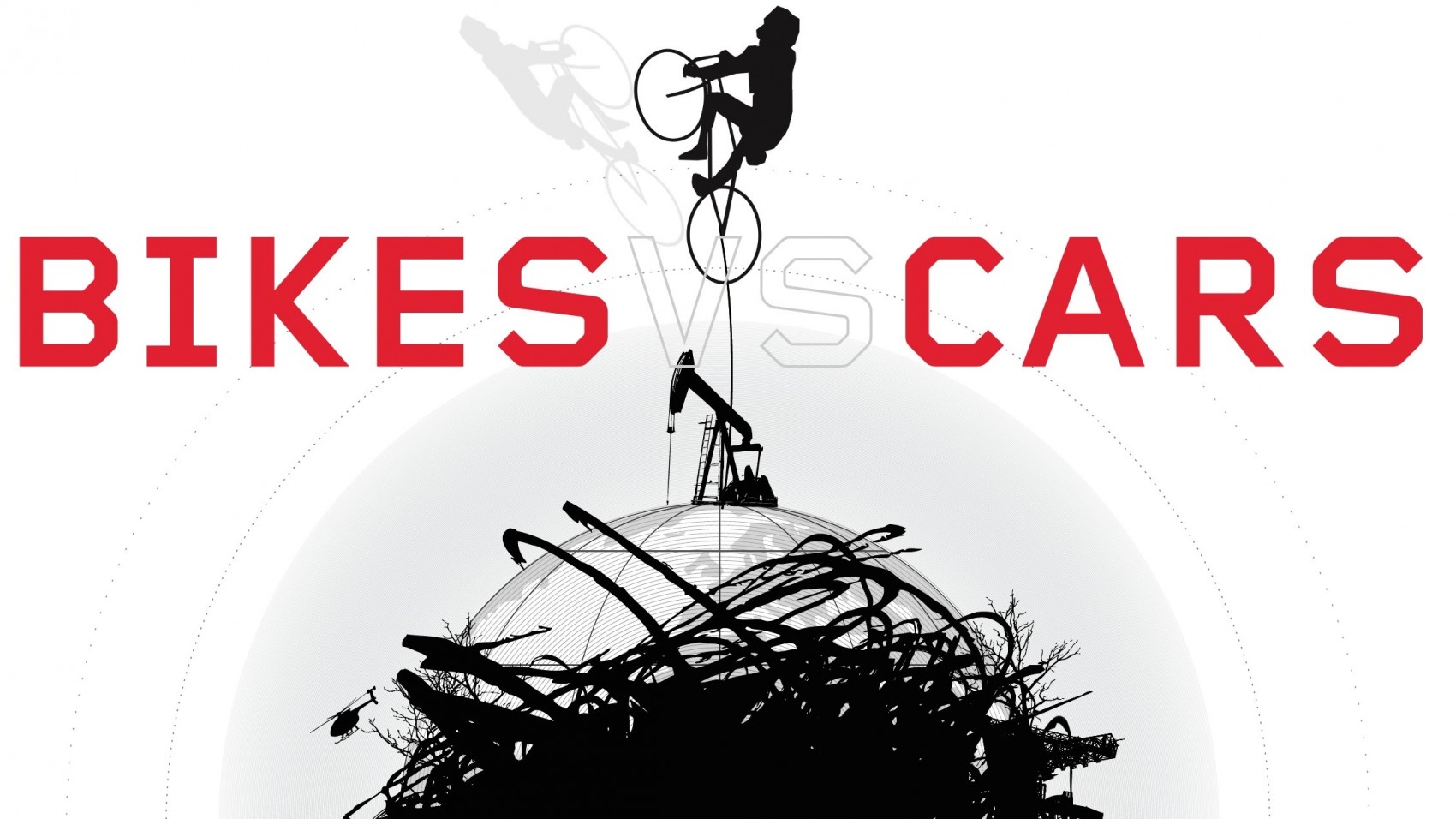 Bikes Vs Cars (2015)
Bikes vs Cars depicts a global crisis that we all deep down know we need to talk about: climate, earth’s resources, cities where the entire surface is consumed by the car. An ever-growing, dirty, noisy traffic chaos. The bike is a great tool for change, but the powerful interests who gain from the private car invest billions each year on lobbying and advertising to protect their business. In the film we meet activists and thinkers who are fighting for better cities, who refuse to stop riding despite the increasing number killed in traffic.

Available in the USA

Pantani: The Accidental Death of a Cyclist (2014)
In 1998 Marco Pantani, the most flamboyant and popular cyclist of his era, won both the Tour de France and Giro d’Italia – a titanic feat of physical and mental endurance that no rider has repeated since. He was a hero to millions – the saviour of professional cycling following the doping scandals which threatened to destroy the sport. However, less than six years later, aged just 34, he died alone, in a cheap Italian hotel room. This film is not just about cycling but an emotional exploration of what drives athletes to compete; man versus mountain, athlete versus the system, Marco Pantani versus himself.

Stop at Nothing (2014)
The film reveals how Armstrong’s cheating was the centre of a grand conspiracy – in which Lance and his backers sought to steal one of the greatest sporting events in history. It shows what happens when a close-knit group of friends shares a secret and how that secret corrodes their friendship, destroying marriages, careers and lives.

Inspired to Ride (2014)
Inspired to Ride follows a handful of cyclists from around the world as they race unsupported in the inaugural year of a 4,233 mile transcontinental race across the USA. This race is the antithesis to events like Tour de France and Race Across America. There are no teams, no support vehicles, no special jerseys and not a dime in prize money. As they battle lack of sleep, injuries and spirited competition, Inspired to Ride takes you on an invigorating road trip — amidst the jaw-dropping beauty of the TransAmerica Trail with its varied landscapes, intriguing locals and found stories which dot this path of discovery.

My Italian Secret: The Forgotten Heroes (2014)
My Italian Secret tells the story of cycling idol Gino Bartali, Dr. Giovanni Borromeo, and other courageous Italians who carried out ingenious schemes to rescue Jews, partisans, and refugees from Nazi-occupied Italy. Celebrated as a Tour De France champion, Gino Bartali’s most daring triumph came when he risked his life to save Italian Jews by smuggling fake identification documents in the frame of his bicycle. Dr. Borromeo invented a fictitious disease to scare the SS away from the hospital where he was hiding Jews. These men, and the networks in which they worked, reflect the efforts of thousands of Italians who risked their lives to save others. As an entire continent was engulfed in genocide, more than 80 percent of Italy’s Jews survived.

Personal Gold: An Underdog Story (2014)
This is a behind-the-scenes experience of four underdog women cyclists who become America’s hope for a medal at the 2012 London Olympics after the men’s team is banned during the Lance Armstrong drug scandal. The underfunded women turn to volunteers, including their husbands and an innovative approach using ‘Data not Doping’ in an attempt to do the impossible; win the first U.S. Women’s Track Cycling medal in over 20 years.