How to Better Hydrate? Your Thirst Has the Solution! 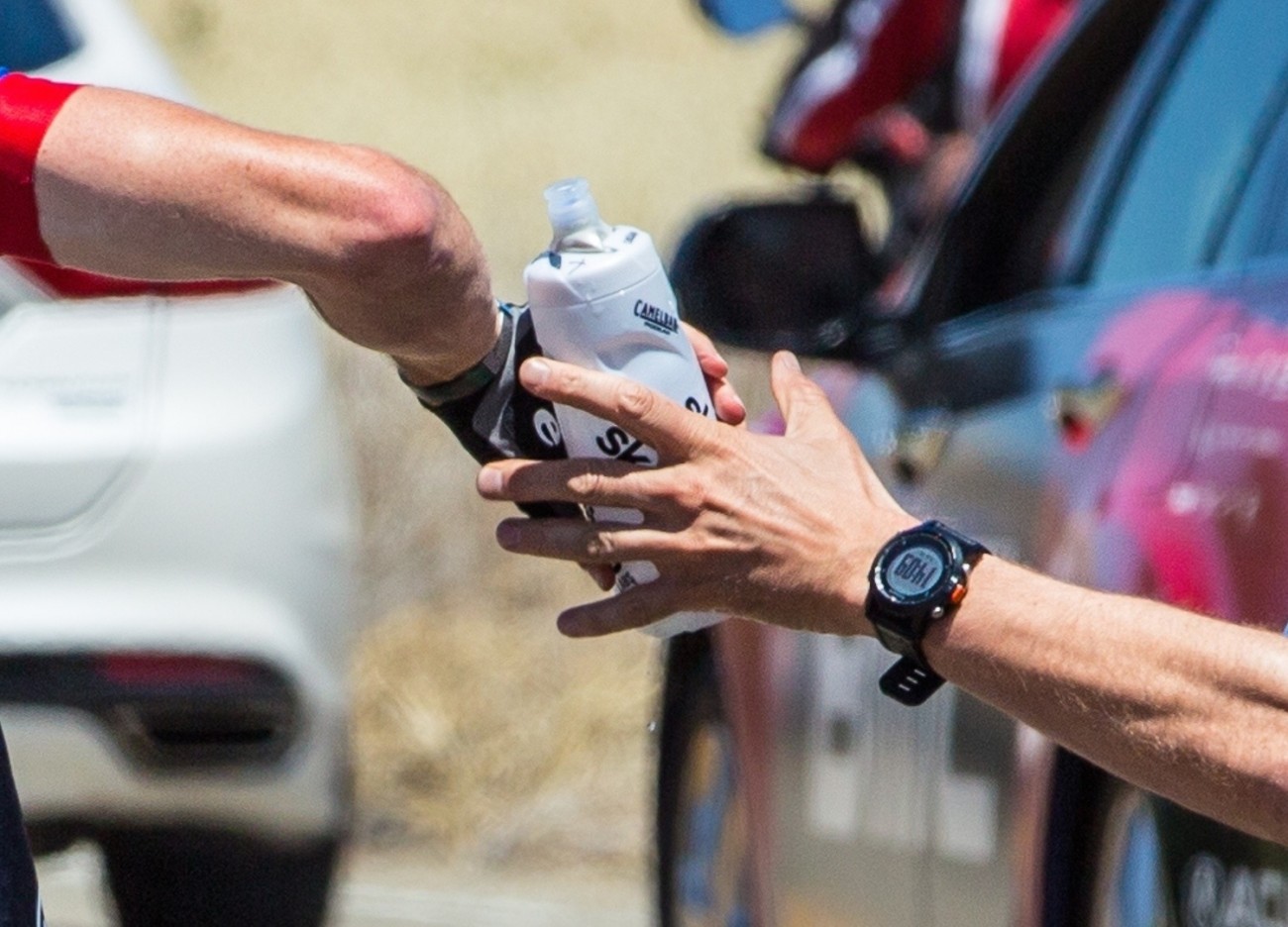 It’s actually not wise to stay thirsty, dear friends. In fact, quite the opposite! Dr. Allen Lim, founder of Skratch Labs, shares how your feelings of thirst are giving you important cues on how to hydrate – for performance and well-being – if you listen closely.

Our bodies are made up of 60-75% water (more muscles = more water), and when we sweat, we begin to lose that water quickly. This simple fact makes it easy to understand that we need to drink when we exercise to replace lost fluids. But remember that sweat isn’t just water; it’s also made up of electrolytes, especially salt (or sodium chloride,) which makes up about 90% of the electrolytes we lose. Of these two electrolytes – sodium and chloride – it’s sodium that plays the most important role in our body’s function. Thus, if you’re just drinking water, and failing to replace both the fluid and electrolytes – specifically the sodium lost in sweat – you’re not replacing components your body desperately needs to perform at your peak, and to generally be well.

That’s where hydration drinks and a conscious effort to maintain the sodium + fluid balance in our bodies comes into play, and listening to your body’s natural mechanisms can help. For example, while thirst is mediated by a number of cues, one key trigger is the molecular concentration or osmolality of blood, which is primarily mediated by the sodium concentration in our blood. As we sweat and lose more water than salt from the body, the sodium concentration in our blood increases and we begin to feel thirsty. Generally speaking, we stop feeling thirsty when we consume enough water to bring the concentration level back down. Since thirst is in part driven by sodium concentration and because some sodium is lost in sweat, in theory, it doesn’t take as much water to quench one’s thirst as was lost. But, if we continue to drink water even after we sate our thirst, we run the risk of diluting our blood’s sodium concentration resulting in a situation called hyponatremia, which can also lead to a number of negative performance and health consequences.

So how do you know how much and what to drink? First and foremost, listen to your thirst to regulate how much you drink. Understand, however, that depending on the duration and intensity of your effort as well as the temperature of the environment you’re exercising in, drinking to thirst won’t likely replace all of the water you lose since it’s geared towards controlling sodium balance, not water balance. It’s ok to lose some water, and losing some water is better than drinking so much that your sodium concentration becomes diluted.

Thus, for shorter and lower intensity efforts in moderate temperatures, drinking plain water is probably fine if you listen to thirst, since losing a little bit of body water during shorter durations and cooler temperatures isn’t likely to be a problem. But, for longer and harder intensity efforts in high temperatures where water and sodium loss can be very high, drinking plain water to thirst isn’t optimal since losing beyond 3-5% of your body weight in water can result in significant drops in performance and potential heat related illnesses.

For this reason, during harder efforts in the heat, it’s important to try and drink something that has a similar concentration of sodium as your actual sweat. Unfortunately, everyone’s sweat is different. Some people lose just a little bit of sodium in their sweat (400-700 mg Na/L) while others can lose a lot (1000-1500 mg Na/L). To this end, realize that some salt in the range of 600-800 mg of sodium per liter of water, like that found in Skratch Labs Exercise Hydration Mix (720 mg Na/L), is always going to be better than just plain water. In addition, if you think that you lose more sodium than others, you can have your sodium sweat concentration measured through companies like Skratch Labs, and use higher sodium drink products like their Rescue Hydration Mix (1500 mg Na/L) and Hyper Hydration Mix (3500 mg Na/L) to supplement your sodium needs.

If you can’t get your actual sodium sweat measured, one way to guesstimate your sodium and salt intake is to drink to thirst, but weigh yourself before and after exercise. If your body weight is significantly under its initial weight (>3% of body weight loss), you were drinking to thirst, and you had ample access to water and sodium during activity, then you likely need more sodium to better calibrate your thirst mechanism so that you replace both the sodium and water you lose during exercise. Effectively, the closer you get to replacing the actual sodium you lose during exercise, the better your thirst mechanism will theoretically be at cueing you to replace the actual water lost during exercise, assuming that access to water and salt isn’t an issue.

Ultimately, when all is said and done, we have our best performances when we replace everything we lose when we sweat, not just the water. The bottom line? Listen to your body. And know the smarter your rehydration strategy, the better your body will be at giving you the feedback on how to care for it optimally.