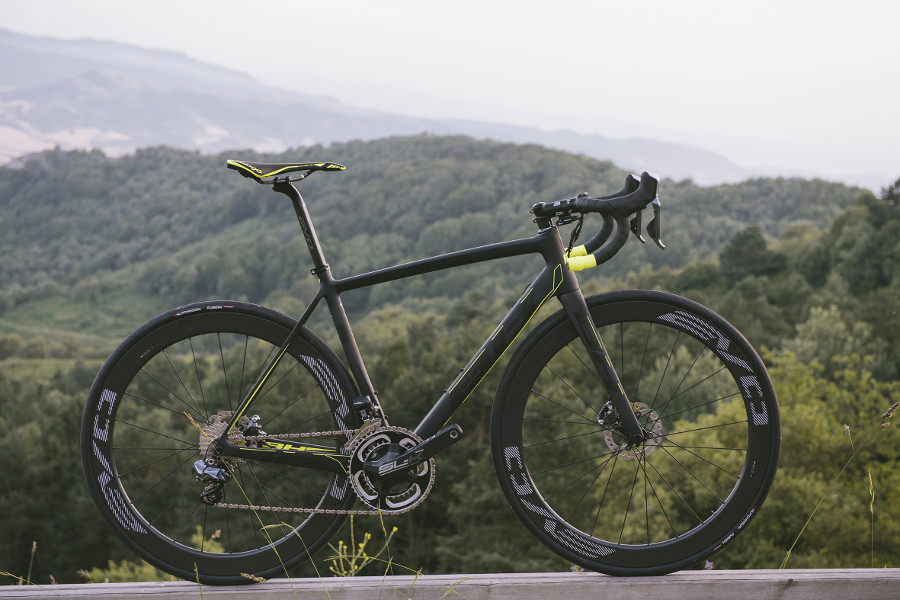 Adherents to the road disc brake revolution will rejoice, after hearing that BH has brought disc brake technology to its flagship Ultralight EVO roadbike.

Retaining all of the genius that’s made the EVO one of the most exciting bikes one could swing a leg over (and I would know, since I’ve been riding one for more than two years now), the latest disc equipped incarnation features both front and rear flat mount disc brakes, which choices of either 140mm or 160mm rotors, along with 12mm thru axles and enough clearance for 30mm tires.

In addition, the EVO’s tapered head tube has been redesigned to route all cables, hoses and wires down to through the downtube, for a clean and effective application.

Just like it’s rim-brake sibling, the disc equipped EVO sticks with BH’s ground-breaking BB386EVO bottom bracket, which in my experience, yields one of the stiffness, best power delivering designs ever conceived.

The rest of the bike remains pretty much the same as the standard Ultralight EVO, which is good thing, because there’s no reason to mess with a design that’s already succeeded in being one of the lightest and best performing framesets out there.

Did I mention that I’ve been riding one for more than two years now? 😛

Pricing and build options are yet to be announced.