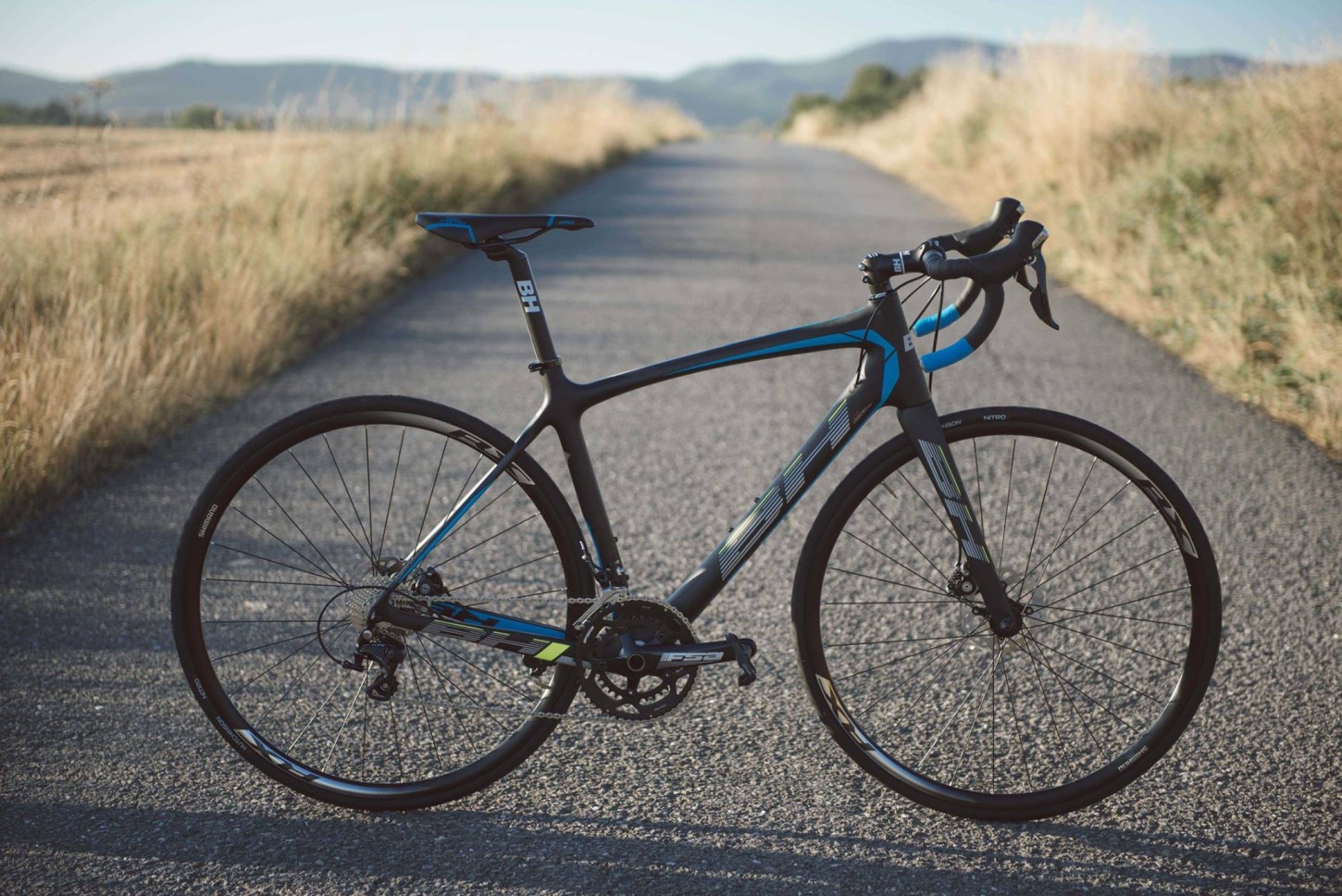 While every road bike brand has been quick to ride the disc brake revolution, most have been focussed on targeting the upper price spectrum of the market.

However, budget conscious endurance riders and gravel grinders will rejoice with the introduction of BH’s new Fusion and Fusion Disc road bikes, which offer both lightweight, carbon fiber construction and a disc brake option at an affordable price.

Yet, despite its more cost effective carbon lay-up, according to BH the Fusion frame weighs in at an impressive 900g in a size medium.

As for the Fusion Disc, BH decided to use flat mount, mechanical Shimano disc brake calipers as a means of keeping the costs down, as well as quick-release axles.

Both models are available in four sizes, and two new striking color ways.

As far as pricing is concerned, word of the Fusion is so new, that BH has yet to set pricing for the US market.

However, according to their Spanish website, pricing for the caliper brake version of Fusion is £1600, and £2000 for its disc brake equipped sibling.