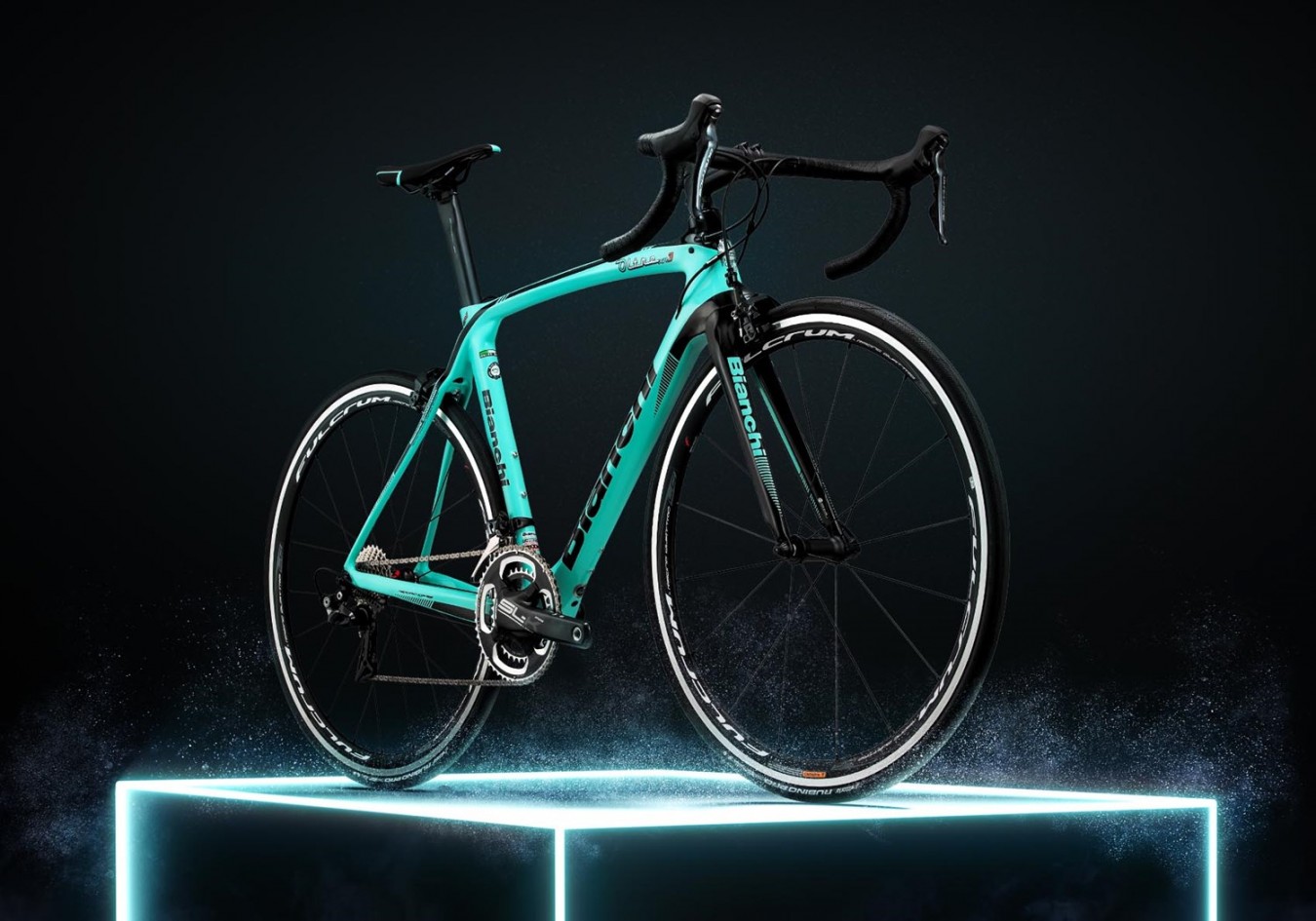 Bianchi has announced the launch of its new Oltre XR3 aero road bike, which the Italian brand says, in addition to increased strength and stiffness, now cancels a claimed 80% of all road vibrations thanks to its Countervail technology.

Bianchi says, the Oltre XR3 drew most of its technology from experienced learned from its XR4 frameset, which was developed alongside Team LottoNL–Jumbo.

“The proven benefits of the Countervail technology and the aerodynamic advantages of the Oltre XR4 are now shared with the XR3 model,” says Bianchi.

According to Bianchi, a rider’s body accounts for as much as 80% of a bike’s aerodynamic drag.

However, in light of the Countervail’s ability to mitigate most of the road vibration, which correlates into less muscle fatigue, the rider is able to remain in a more aerodynamically aggressive position for longer periods of time.

“Countervail is a carbon composite-material system that, with its special fiber architecture, combines patented structural carbon with viscoelastic resin.”

“The result with the Oltre XR3 is a smooth ride and a racer who can stay focused on their fastest, most efficient aerodynamic position for longer.” “Outre XR3 riders retain the best possible control, a significant advantage wherever and however you ride and race, with no compromise in power transfer from pedal-stroke to pedal-stroke”, Bianchi adds.

In addition to its Countervail technology, Oltre XR3 bolsters aerodynamic efficiency through the use of specially chosen tube profiles and shapes.

For example, the Oltre X3’s aero seat post further reduces drag via a newly designed seat clamp that’s been incorporated into the top tube, as well as a cut-away seat tube and wishbone seat stays which are borrowed from existing Oltre models.

A newly designed 370g full-carbon fork that features deeper profile legs and a crown that’s now integrated with the head tube and down tube, further punctuates the Oltre X3’s ability to cheat the wind.

Bianchi says, the geometry for the Oltre X3 mirrors the same angles as the existing Oltre XR1, albeit with a 5mm taller head tube across the range, with sizing the same as the XR4.

Bianchi will be offering the Oltre X3 in the following builds and color schemes, with pricing to be announced.