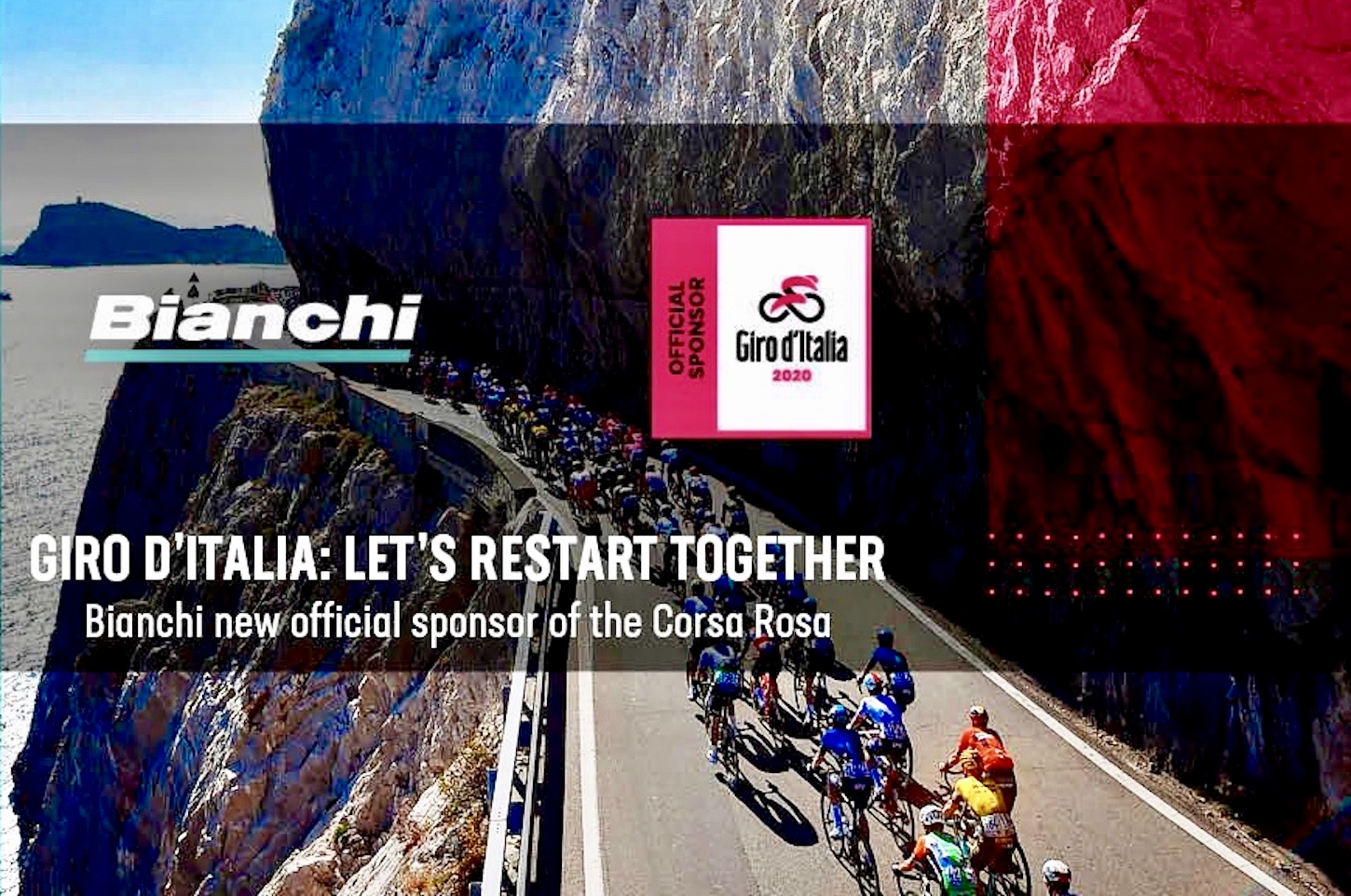 15 Apr 2020
By Gianni Pericolo - In FEATURED ARTICLES, THE DOUBLE DIAMOND

Bianchi replaces Pinarello as the bike of the Giro d’Italia as part of a three-year agreement with race organizer RCS Sport.

Along with the Giro d’Italia, Bianchi is also the official sponsor of the UAE Tour, the only WorldTour stage race held in the United Arab Emirates, Il Lombardia and from 20201 the Strade Bianche race.

“Bianchi’s iconic celeste and La Gazzetta dello Sport’s pink are now united in an exciting new international partnership. For three years starting from 2020, Bianchi will be the official sponsor and exclusive bike brand of the Giro d’Italia, the most famous and iconic Italian race on the international stage, organized by RCS Sport and La Gazzetta dello Sport,” says the storied Italian company.

“The collaboration between Bianchi and RCS Sport springs from shared intents and a common vision, which aims at internationalizing Italian excellence through sporting events like the Giro d’Italia. The race reaches more than 800 million people in more than 200 countries around the world.”

“The collaboration with Giro-E is another strategic asset for Bianchi. Bianchi is Official Partner of the event with Bianchi Lif-E, cycling’s very first electric intelligence mobility programme. Bianchi will supply the event with the Aria e-road carbon model,” adds Bianchi.

Bianchi bikes have been ridden by some of the biggest names in the history of cycling such as Fausto Coppi, Felice Gimondi, Marco Pantani and are currently used by Jumbo-Visma that include Vuelta a Espana winner Primoz Roglic, Tom Dumoulin and sprinter Dylan Groenewegen on its roster. Roglic wore the race leader’s pink jersey for two days in 2019 and finished third overall behind Richard Carapaz and Vincenzo Nibali.