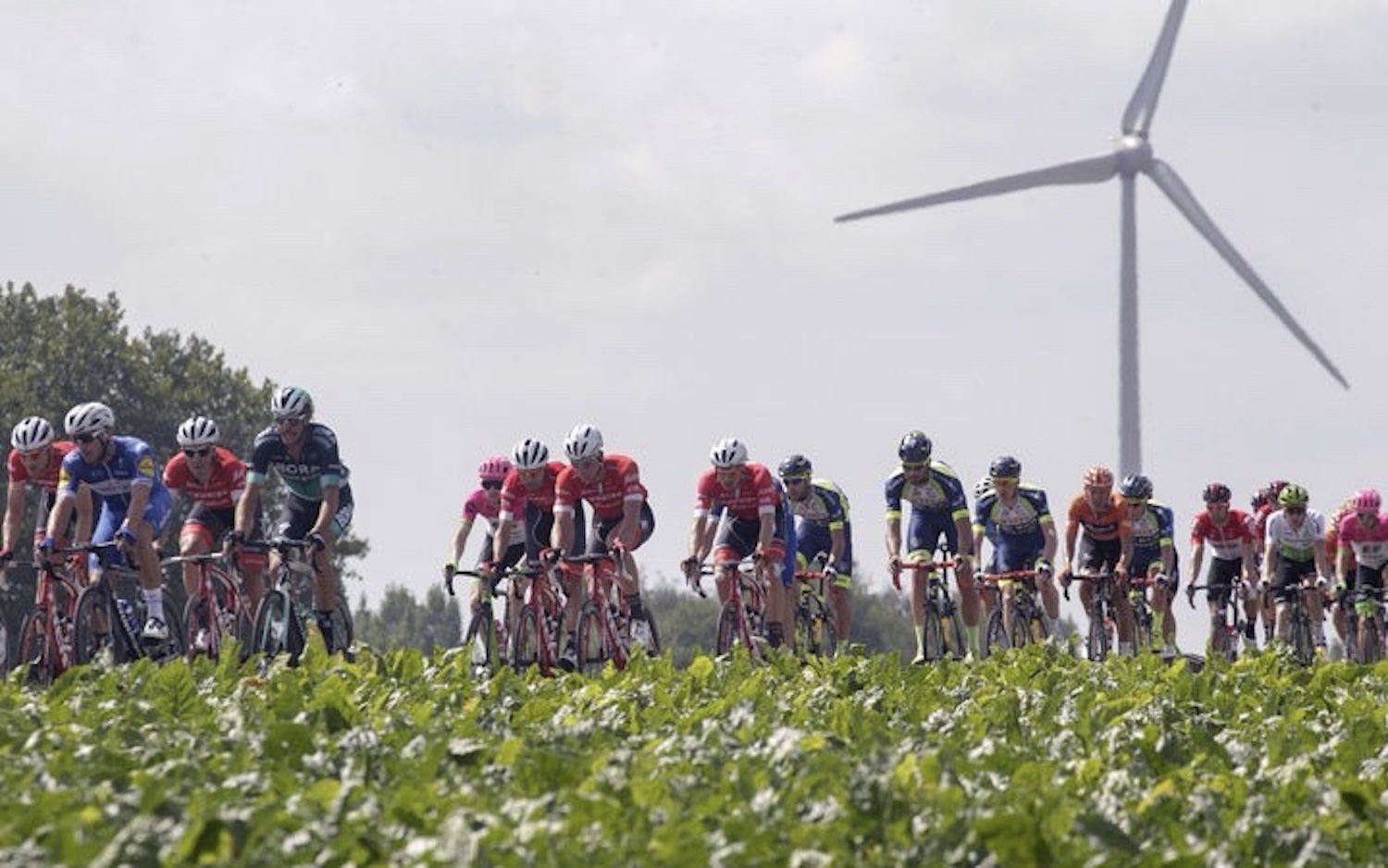 Magnus Cort Nielsen (Astana) claimed stage 5 of the BinckBank Tour in Lanaken today, after emerging from a small escape group to seize the stage honors in a three-man sprint.

EF Education First-Drapac’s Julius van den Berg tried to overtake Cort during the waning moments of the stage, but the Danish rider held tight along the final barriers to stay ahead of his rival, while Alexis Gougeard (AG2R-La Mondiale) rounded out the podium followed by Jonas Rickaert (Sport Vlaanderen-Baloise, who finished fourth at 29 seconds back after suffering a late puncture.

Meanwhile, race leader Matej Mohoric (Bahrain-Merida) finished in tenth spot, which was enough for the Slovenian rider to maintain his grip on the overall lead ahead of Sean De Bie (Veranda’s Willems Crelan) and Stefan Küng (BMC Racing).

Cort, Van den Berg and Rickaert broke clear at the start of the stage, with Gougeard joining them shortly after.

Early in the day, the gap between them and the peloton fluctuated from as low as two minutes to as high as nearly five minutes, while Rickaert claimed maximum points at the first intermediate sprint ahead of Cort and Van den Berg.

Despite work from the likes of Mitchelton-Scott, LottoNL-Jumbo and Bora-Hansgrohe the gap only decreased slowly, and was still holding 2:16 at the start of the second lap along the final finish ing circuit.

Meanwhile, big rouleurs such as Ryan Mullen (Trek-Segafredo) and Alex Dowsett (Katusha-Alpecin) took turns at the front, yet the gap remained at 1:30.

At that point, cohesion in the peloton began to deteriorate, with Zdenek Stybar (Quick-Step Floors) breaking clear with 5 kilometers to go.

Yves Lampaert (Quick-Step Floors) and Greg Van Avermaet (BMC) also put in digs, but by the finish line everything had come back together, with Caleb Ewan (Mitchelton-Scott) leading them home 33 seconds after the break.

This weekend will see decisive stages in the Ardennes,which will include the challenging ascent of the Muur van Geraardsbergen.