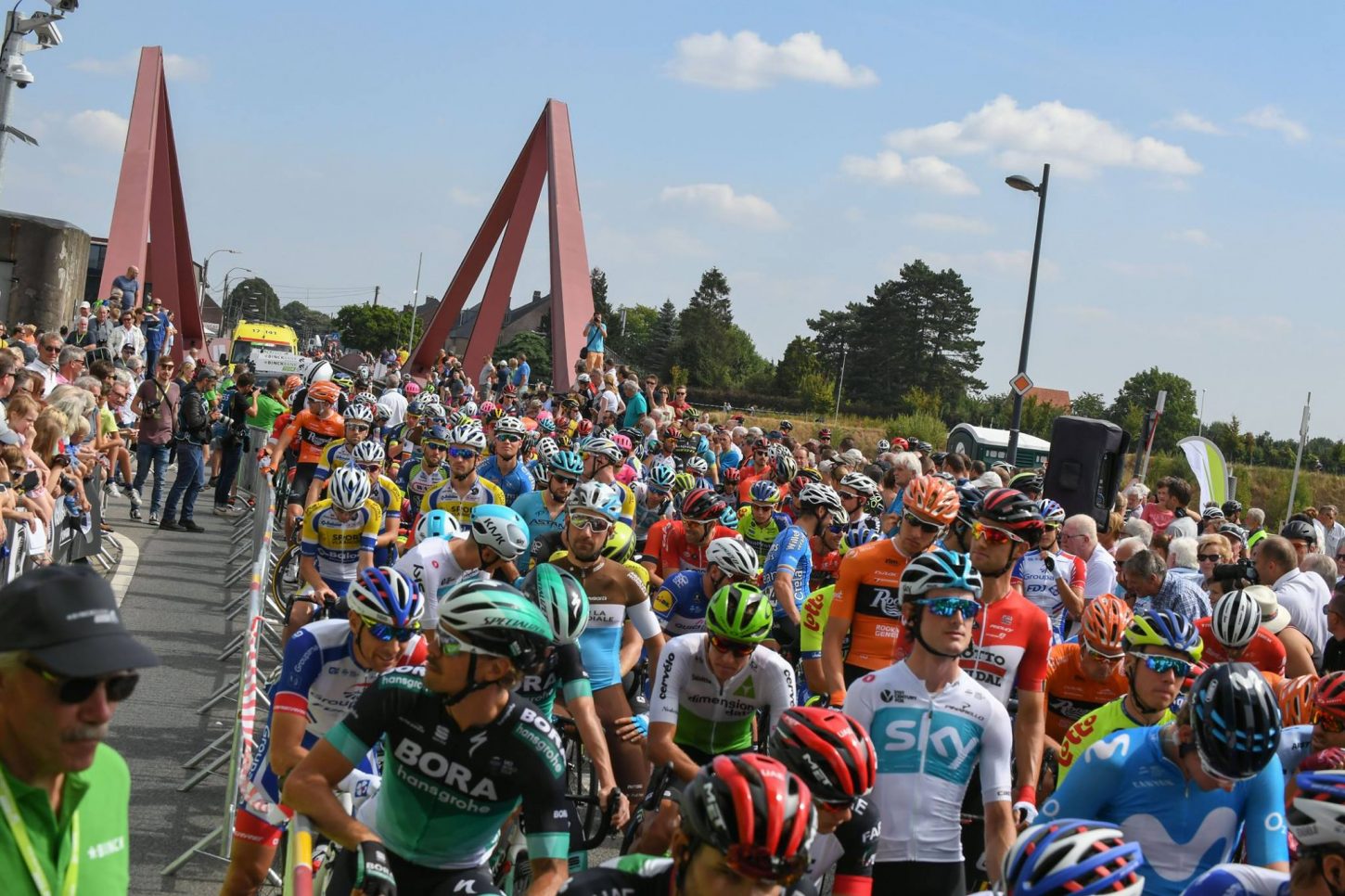 Michael Matthews (Team Sunweb) claimed the 7th and final stage final stage of the BinckBank Tour today, after the Australian rider out-sprinted Greg van Avermaet (BMC Racing) along the ascent of the Muur van Geraardsbergen to take a clear victory over his Belgian rival, while Zdenek Stybar (Quick-Step Floors) rounded out the podium in third place.

“It’s incredible,” Matthews said of his stage win. “We came here with a goal with the GC with me and Soren [Kragh Andersen] and the sprint with Max. We did a really good team effort this week and today was one of my really big goals this week. I wanted to finish it off in a really good way. Soren really sacrificed himself for me today. He was actually the leader of this race but he could see that maybe I had better legs in the final so he pulled the breakaway back to give me the best opportunity in the sprint. I’m just so happy to finish it off.

“[Mohoric] was just too strong. We tried everything, we had two riders to try and crack him but he played it really smart and there was not much more that we could do. We threw everything at him and I guess we have to be happy with second.”

“It’s been a rocky season with a lot of bad luck, crashes and illnesses and this is just something I’ve been working hard for. I’m a little bit emotional that it finally came true and I got that victory that I was looking for. Next weekend, I have Plouay and then the Canadian races.”

Meanwhile, despite being distanced along the final climb, Matej Mohoric (Bahrain-Merida) managed to seize the overall victory, finishing 5-seconds ahead of Matthews with Tim Wellens (Lotto-Soudal) finalizing the podium in third.

“We tried really hard to defend the jersey, we rode really hard from the start to keep the breakaway in check,” a jubilant Mohoric said.

“In the final, I tried to respond to all the attacks from the other guys. Michael Matthews and Soren Kragh Andersen were really strong today and they attacked me many times but I always managed to come back. At the finish, I gave it my all until the line and it was very close but I was lucky enough to win.”

From there, the escapees went on to establish an advantage of around five minutes over the peloton.

However, the day’s eighteen climbs continued to cause attrition in the group.

Van Keirsbulck later split the group, taking De Vreese and Irizar with him. With counter attacks behind, the second ascent of the Muur saw Van Keirsbulck get away by himself and hold over a minute on the peloton which split to pieces as attacks began to fly up the climb.

Michael Valgren (Astana) and Paul Martens (LottoNL-Jumbo) succeeded in riding clear of the peloton, quickly catching up to early breakaway rider Rickaert and riding their way to Van Keirsbulck.

The break finally came to an end after the next ascent of the Muur, with Oliver Naesen (Ag2r La Mondiale) and Wellens attacking up the climb- putting Mohoric in trouble. But, the Slovenian rider was able to claw his way back to the riders up the road, while Naesen fought hard to stay out front with Wellens unable to follow as he accelerated up the next climb of the Bosberg.

Naesen subsequently opened up a gap of around 20 seconds, which the Belgian rider was able to hold onto until the penultimate cobbled climb with just under 6 kilometers to go.

There, Zdenek Stybar attacked to bridge to him, with the likes of Wellens, Van Avermaet, Matthews and Jasper Stuyven (Trek-Segafredo) all following.

Mohoric was distanced, but again put in a huge effort to make it in to the front group. Stuyven was the next to attack, but as other riders tried to get across, Mohoric continued to chase on and close the gap.

Eventually it was all together on the final steep section up the Muur to the finish, with Mohoric leading the way. But, he was quickly dropped as Van Avermaet accelerated.

Matthews in turn timed his winning to perfection, sprinting away from the BMC rider with 200 meters to go and holding him off to take victory on the cobbles.

Mohoric eventually crossed the line 14 seconds down, had done just enough to hold off the threat of Matthews who had started the day at just 30 seconds down on GC.