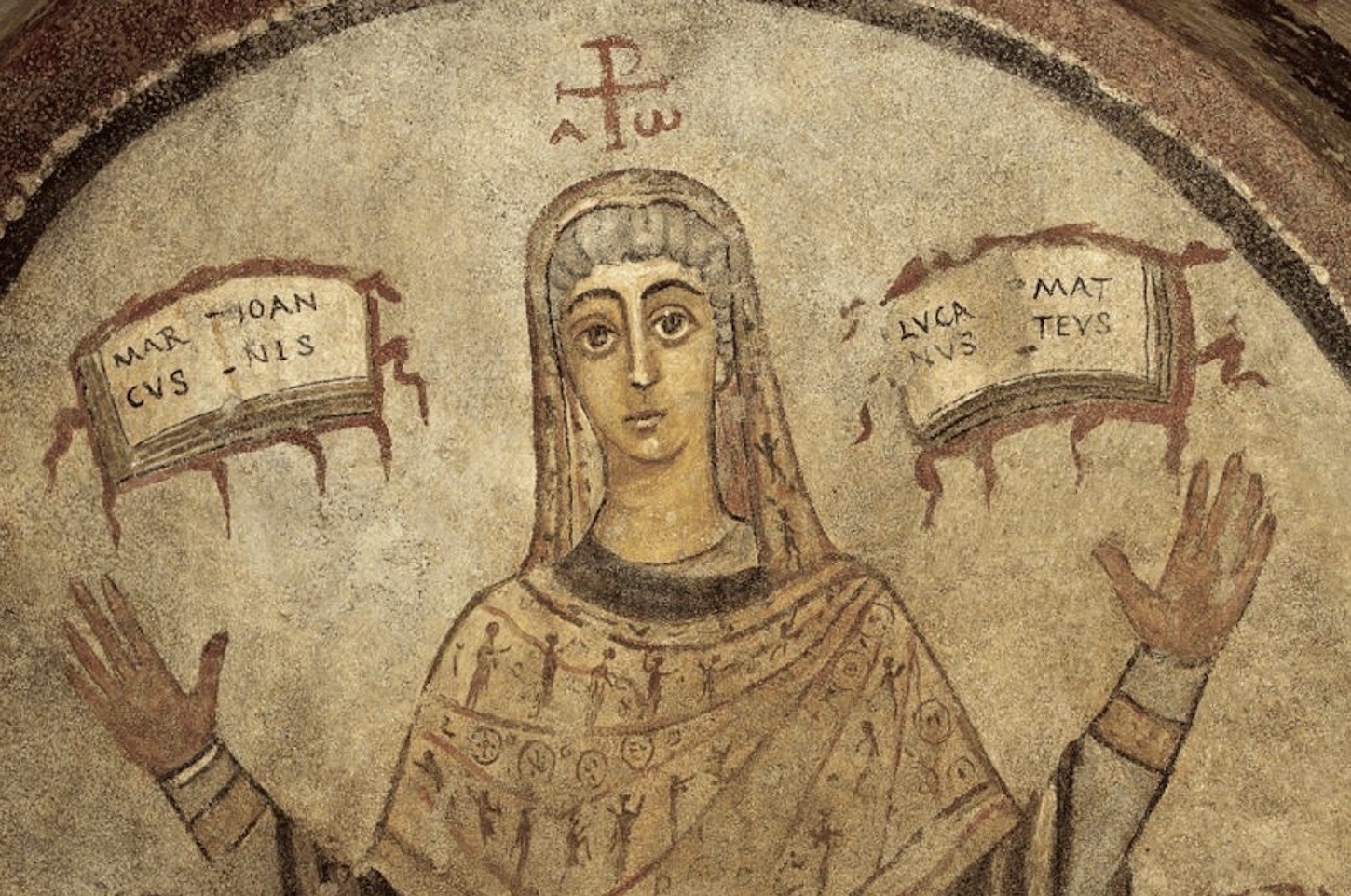 It’s likely that the “hit and run” is as old as the automobile. In fact, older. For some people, the impulse to evade accountability for their actions, coupled with the possibility that if they flee immediately they may never be found, proves overwhelming. It’s a particularly attractive crime for those who are already breaking the law—in most cases, for motorists who are DUI. However impaired these drivers may be, they still seem to grasp with perfect clarity that if they stick around, they’re going to be facing some serious charges.

And since career drunk drivers are not the types who take personal responsibility seriously to begin with, fleeing the scene after they’ve crashed into somebody doesn’t take much soul-searching. In fact, perversely, even if they get caught after a hit and run, if the penalties for hit and run are lighter than the penalties for DUI, hit and run may be the most rational option for the morally and chemically impaired driver.

Of course, for the rest of us, it’s a shocking and heinous crime, seriously injuring somebody and then leaving them to die in the street. And it’s all the more shocking when the drunk driver fleeing the scene is a supposedly moral pillar of the community.

That’s what happened on December 27, when cyclist Tom Palermo was run down and left to die on a Baltimore street. The driver might have gotten away with the crime, too, but for another cyclist, who came upon the crash and followed the driver a short distance to her gated community. Perhaps realizing that her escape had been foiled, the driver returned to the scene of the crash some 30 minutes later.

And that’s when we learned that the hit and run driver wasn’t just your average drunk fleeing the scene of a crash—she was Heather Cook, Suffragan Bishop for the Episcopal Diocese of Maryland.

Despite blowing a .22 BAC—nearly three times the legal limit—at the police station, Bishop Cook was not arrested. Not even after the cyclist, Tom Palermo, a local frame builder, passed away that night.

Instead, the Bishop, who had notified the Diocese before returning to the scene of the crime, was released. She promptly checked into a substance-abuse treatment program at Father Martin’s Ashley in Havre De Grace, Maryland, while law enforcement continued its investigation and Baltimore’s cycling community waited for an outcome.

Would she be charged, cyclists wondered? She had just killed somebody while driving with a BAC of .22. What was taking so long? The crash had already made headlines, and the lack of charges against a high-ranking church official suggested to some that the Bishop was receiving favored treatment. But law enforcement officials stressed that the investigation was continuing and expressed concerns about double-jeopardy if they filed charges prematurely.

Still, a defense attorney who represents indigent defendants noted that if it had been one of his clients—primarily low-income African-American males—who had been driving drunk, hit and fatally injured a cyclist, and then fled the scene, his client would have been arrested on the spot and charged that night.

Despite the wait, charges were eventually filed on January 9th, the day after incoming State’s Attorney Marilyn J. Mosby took her oath of office. Bishop Cook was arrested and charged with manslaughter for allegedly driving under the influence and texting when she hit and killed Palermo. She was also charged with driving under the influence and hit and run. If convicted on all charges, she faces more than 20 years in prison.

First-time offenders typically don’t receive the maximum sentence, but this was not Bishop Cook’s first offense. In 2010, she had been arrested for driving under the influence. In that incident, she had been stopped after driving on the shoulder of the road with a shredded tire.

The officer noted a strong odor of alcohol in the car, and vomit on the front of her shirt. She was tested and registered a .27 BAC; the officers stopped the field sobriety test because she was so intoxicated that they were concerned she might injure herself. In her car, officers discovered marijuana and an empty bottle of alcohol. Bishop Cook eventually pleaded guilty to a charge of driving under the influence.

Given her prior history, along with the facts of this case, it’s possible that the bishop will face a longer sentence than a first offender might. And her bail reflects the seriousness of the charges she is facing—originally set at $2.5 million, her defense attorney asked that the bail be reduced, while the prosecutor, calling her a “flight risk,” asked that her bail be revoked.

The Judge was not swayed by either argument, and kept her bail at $2.5 million, noting that the charges against Cook show a “reckless and careless indifference to life,” and saying, “I can’t trust her judgment if released.”

Disappointed, the Bishop’s defense attorney explained after the hearing that with such a high bail amount set, she would have to remain in jail until her trial.

But three days later, Bishop Cook posted bail with the help of a controversial defrocked priest in Connecticut. She promptly checked herself back into a substance-abuse treatment program, where she will attempt to sober up before a trial on charges that may put her in prison for much of the remainder of her life. What happens next remains to be seen, but under the circumstances and with the evidence and her prior conviction, it’s unlikely that she will be escaping accountability for her actions—something that, ironically, she preached about in a sermon a few weeks before she fled the scene of the crash that took Tom Palermo’s life.

Oregon lawyer and Bike Law founder Bob Mionske is a former Olympic and professional cyclist based in Portland, with a law practice that is exclusively focused on representing cyclists who have been injured by motorists, unsafe road conditions, or defective cycling products.  With offices in Portland, Bob represents cyclists all over the State, from Salem, Corvallis, and Eugene to Medford, Ashland, and Pendleton.

There are lots of attorneys out there who will be glad to take a bicycle injury case. And every other kind of case they can find. Bob is different. Before he was an Oregon bike accident lawyer, Bob was an amateur and professional racing cyclist. Bob represented the United States at the 1988 and 1992 Olympics, and in several other international races. After finishing his last professional racing season for Team Saturn, Bob changed directions, and after graduating from law school in 1999, opened the first cyclist-only law office in the world. Bob coined the term “bicycle law” to describe his new law practice, before anybody had ever heard of such a thing. Since then, Bob has focused his entire career on representing injured cyclists.

Bob began writing Legally Speaking, the nation’s first “Bicycle Law” column, in 2002, and in 2007, wrote Bicycling & the Law, the first book for cyclists on their legal rights since the publication of The Road Rights of Wheelmen in 1895. Today, Bob continues to write on bicycle law and the rights of cyclists in his Road Rights column for Bicycling magazine.

You can follow Bob on the Bike Law Blog as well as his personal site, Bicycle Law.

Read Bob’s advice on what to do if you are involved in a bicycle accident in Oregon.

If you have been injured in an Oregon bike accident, by a defective bicycle product, or because of an unsafe road condition and would like to discuss your case with an Oregon bicycle accident attorney who gets cycling, Bob welcomes your call for a free consultation. He can be reached at bob@bikelaw.com and 844-531-7530.

If you would like Bike Law to come speak to your club or at your shop, please contact our Director of Outreach Lauren Wilborn at lauren@bikelaw.com.