BMW Wants to Build a “Hyperloop” Just for Electric Bicycles 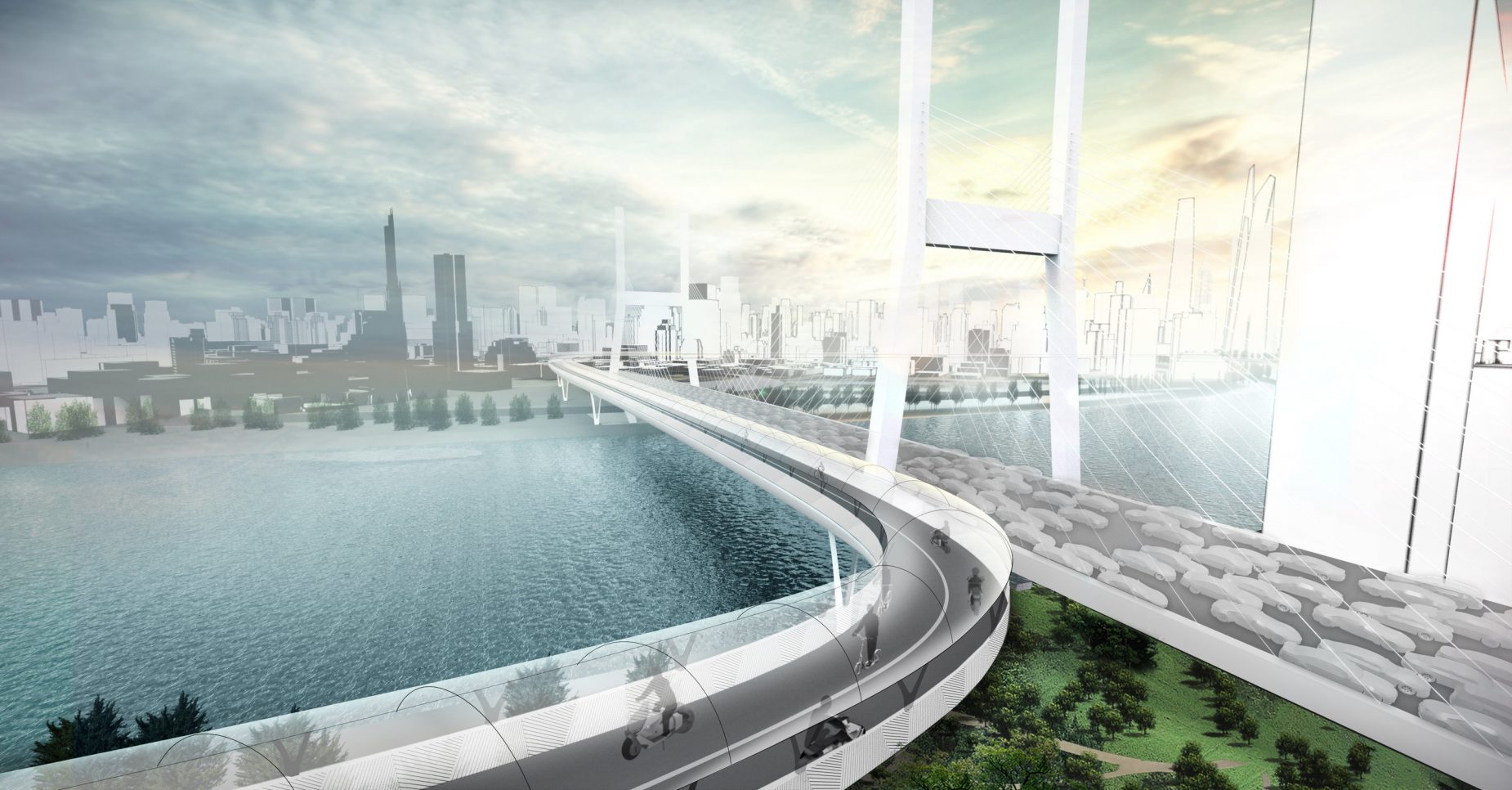 With all of the research and development that BMW has invested toward developing more sustainable automobiles – think electric-powered cars – over the last decade, it’s not surprising that the iconic German carmaker has turned its attention toward other forms of sustainable transportation – think electric bicycles.

However, instead of simply inserting themselves in an already saturated market of producing electric bicycles, BMW has decided to look further down the road – literally.

Indeed, BMW’s Research, New Technologies and Innovations Division, which is based in Tokyo and Seoul, revealed its latest idea of building a network of bike lanes above street level in the form of a “Hyperloop” that they say could help large metropolitan areas ease both the flow of traffic and reduce carbon emissions by relying solely on electric bicycles as a means of transportation.

Working in collaboration with the School of Automotive Studies and College of Design and Innovation at Tongji University in Shanghai, the “Hyperloop” would be reserved for electric bikes and other electric-powered two-wheel conveyances that would have a maximum speed limit of 15.5 mph.

Similar to a well-designed highway, the “Hyperloop” would feature ramps and sluice systems to handle merging, along with video surveillance and artificial intelligence to monitor the flow of traffic. Moreover, a majority of the network will have a roof over it, as well as a “cooling system with purified rainwater that creates pleasant temperatures and solar power for lighting,” says BMW.

“The best thing is that its modular design and free scalability make the concept essentially suitable for use in any megacity,” BMW adds. “The elevated road is simple and modular in design, and economical to build as a result.”

According to BMW, cyclists won’t be able to ride the “Hyperloop” for free however, as there will be a distance-based fee that will be linked to the rider’s phone.

In addition, the cost of building the “Hyperloop” could be further offset with a rental program, wherein cyclists could rent an electric bicycle similar to other bike-share schemes.

While BMW prides itself with playing a major role in the development of the “Hyperloop”, Elon Musk first conceptualized a similar closed network of roads back in 2013, which relied on inductive magnets to propel passenger pods in massive near-vacuum tubes at speeds as fast as 760 mph (1,200 km/h).