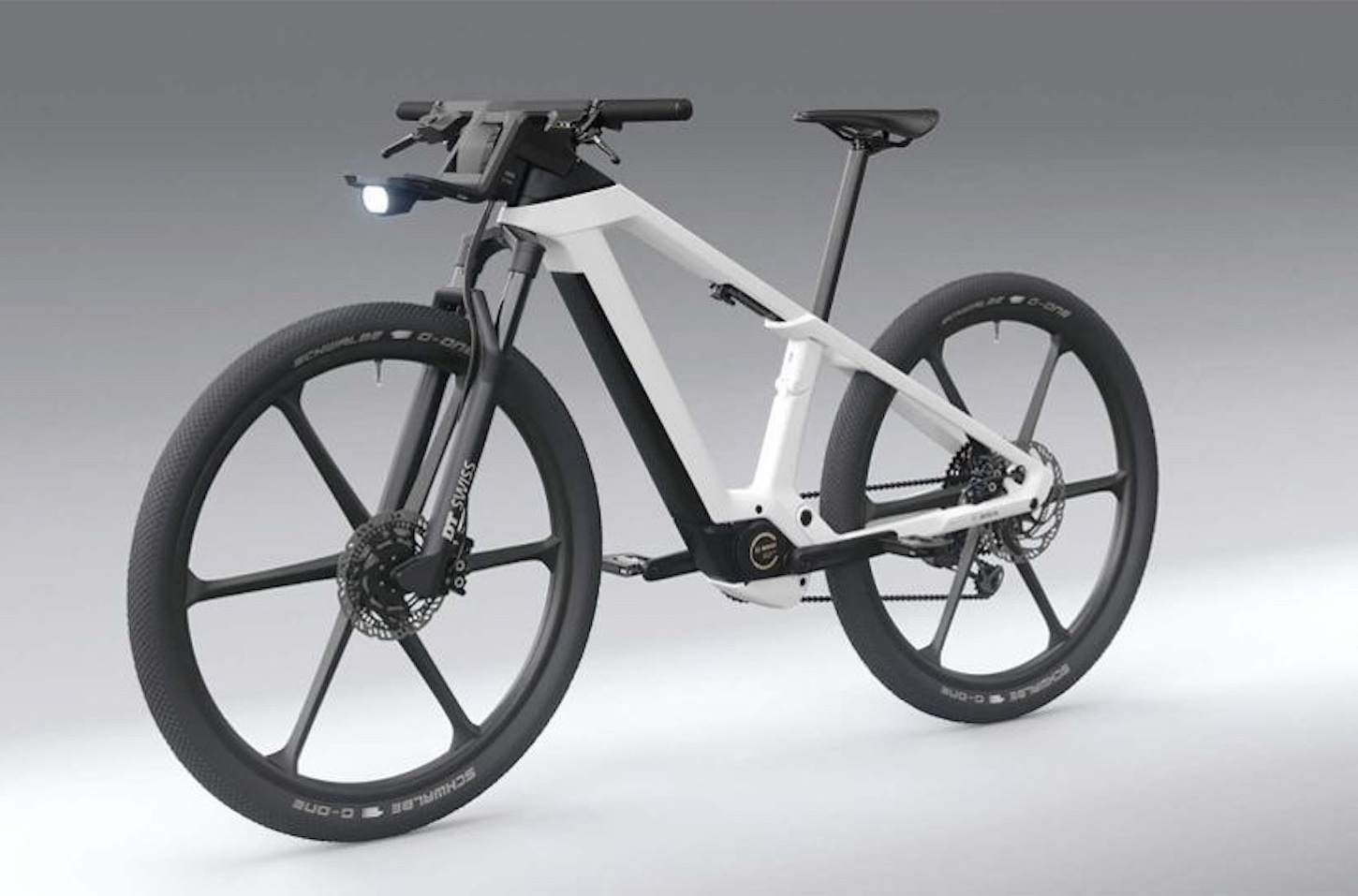 To celebrate the 10th anniversary of their electric bicycle division, Bosch has unveiled its latest concept e-bike, which beneath its unassuming black and white color scheme features a fully integrated cockpit that comprises the company’s Nyon on-board computer display – complete with handlebar mounted controls.

Bosch has also designed the two brake levers to blend with the carbon handlebar, while the cables and hydraulic hoses for the braking system have all been neatly tucked inside the cockpit structure to offer a clean, minimalist design.

Additionally, the carbon frame also features side cooling channels that are designed to provide a cooling effect when in motion, along with a front LED light that’s placed below the front luggage rack, giving the e-bike its bold, futuristic look. Moreover, Bosch has also integrated its sophisticated ABS braking system behind the luggage rack as well, which under hard braking situations prevents the front wheel front locking up.

The e-bike is also highlighted by the company’s PowerTube 625 lithium ion battery that’s enclosed in the downtube, further streamlining its appearance, while also allowing it to be easily accessed for charging.

To even-out the terrain, Bosch has also incorporated a front suspension fork, along with a rear shock absorber that’s built into the toptube.

“With the eBike Design Vision, we want to show what is already possible today in the field of functional design integration and where the journey can lead in the future,” says Claus Fleischer, managing director of Bosch eBike Systems.

“Because the eBike is becoming even more self-confident – also in terms of design.” Whereas in the past the focus was mainly on the optimal design of the individual components, the eBike of tomorrow will focus on vehicle design. A specific eBike design language will emerge that sees the eBike as a whole. An approach that the eBike Design Vision is already pursuing. In the foreground is the enjoyment of eBiking – and visual and design aspects play just as important a role here as optimum driving dynamics on the road or on the trail,” says Claus Fleischer. It is important to us that our products provide a perfect basis for future design concepts of the manufacturers. To this end, we are continuously developing our system further – for a natural, comfortable and networked eBike riding experience that is both fun and beautiful,” he adds.

According to Bosch, there are plans in place to put the new concept e-bike into production for 2021.