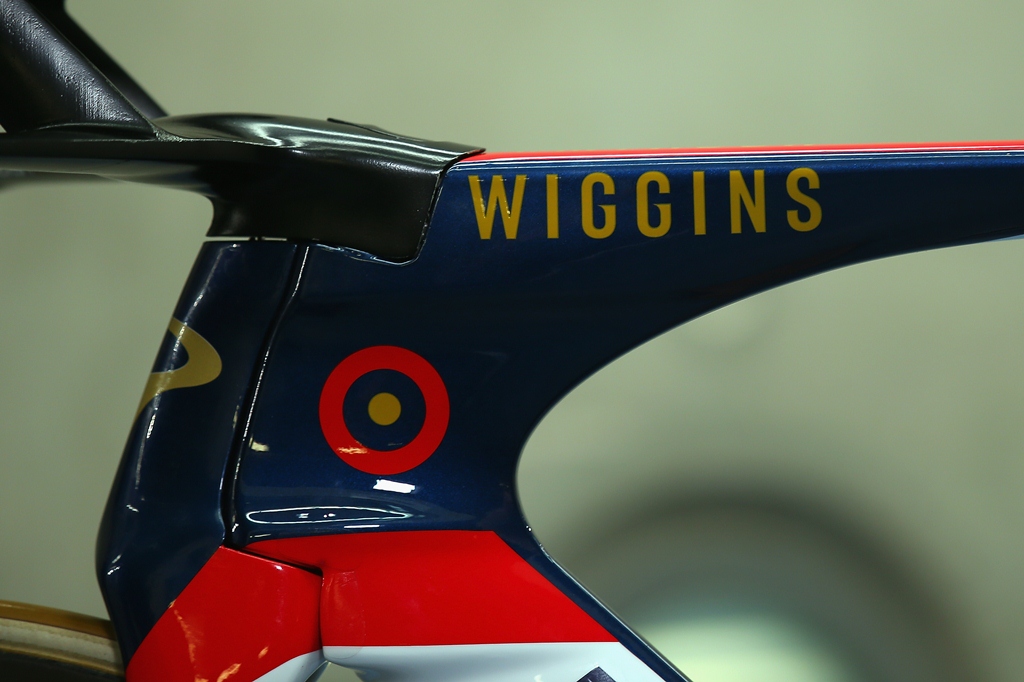 The UCI-sanctioned Bolide HR track bike, which has been optimized for Wiggins’ Hour Record attempt on Sunday, is based on Pinarello’s time trial-winning road model, but with such additions as a revolutionary one-piece titanium handlebar and carbon fiber frameset to ensure the perfect aerodynamic performance.

Wiggins said: “The UCI Hour Record is the toughest challenge of human performance in cycling, where every fraction of a second matters.

“I’ve worked with Jaguar’s performance engineers since 2010, and their world class knowledge and experience in aerodynamics, combined with Pinarello’s expert frame building, gives me confidence that I can set a new standard on Sunday.

“The Bolide HR is the most aerodynamically efficient track bike I’ve ever ridden.”

The same CFD design methods used to develop the Jaguar XE, the most aerodynamic car Jaguar have ever produced, were part of a comprehensive study of the world class Bolide frame where every component was analysed to inform modifications.

The Pinarello Bolide HR contains a completely re-designed one-piece handlebar system to optimize Wiggins’ position on the bike. Laser sintering technology has been applied to create a deeply re-shaped titanium handlebar, including the removal of the brakes, gear levers and an innovative arm rest area to reduce air pressure and drag.

In addition, Jaguar and Pinarello have narrowed the fork design, making it closer to the front disc wheel, to enhance airflow in the bottom bracket area. Other key component changes from the Bolide road bike include the enhancement of the front fork surface, and re-shaping of the chain-ring and wheel hubs to optimise the bike’s aerodynamic capability.

“Jaguar has a talented team of engineers with a great depth of aerodynamic knowledge, so we’re very proud to be able to work on this collaboration with Pinarello,”said John Pitman, principal CFD aerodynamicist at Jaguar Land Rover.

Mr Pitman added: “Applying this level of engineering capability and analysis to the development of bikes is still very new in cycling, and showcases the industry-leading expertise and facilities we have at Jaguar Land Rover.”

Pinarello has a long-standing affiliation with the Hour Record, most notably in 1994 when the Italian bike manufacturer developed the Pinarello Espada for Miguel Indurain during his successful record attempt.

“Our relationship with Bradley, as well as Jaguar during our years as fellow partners of Team Sky continues to ensure Pinarello are creating world class, high performance bikes.”