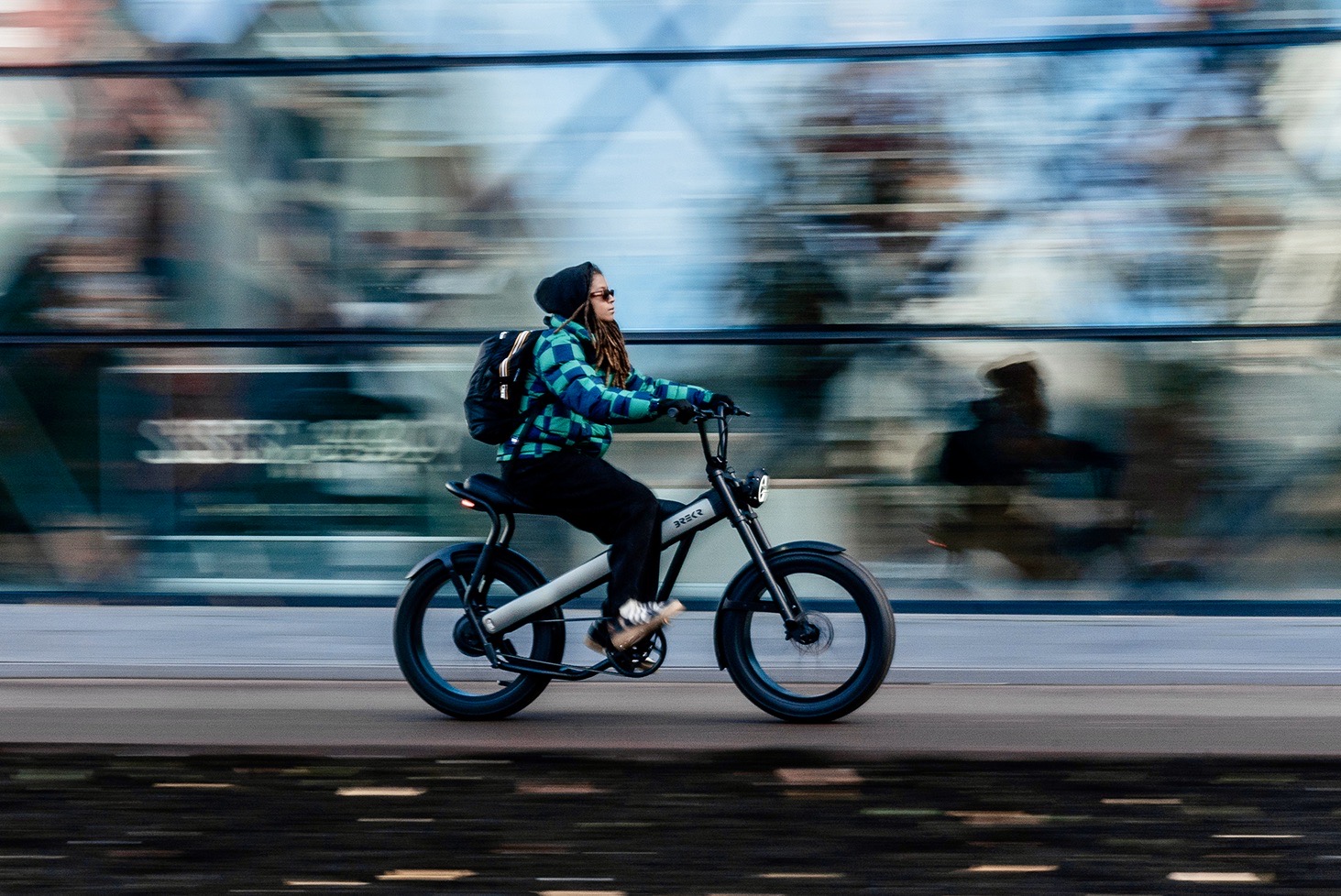 24 Jan 2023
By Gianni Pericolo - In LATEST ARTICLES, THE DOUBLE DIAMOND

The Model F bears a striking resemblance to the Dutch brand’s Model B, featuring the same belt-drive system (albeit with pedals), while giving buyers a choice between a standard 540Wh battery, or a 720Wh option that extends the range of the bike from 37 miles to 46 miles, depending on the terrain.

Weighing in at a hefty 64 pounds, the Model F won’t win any plaudits from the weight weenies faction. But, given its hefty 4 inch fat tires and generous, height adjustable seat, there’s enough rubber between the bike and the road to comfortably transport two passengers along the cityscape.

The Model F sells for €2,945, with availability slated for autumn.