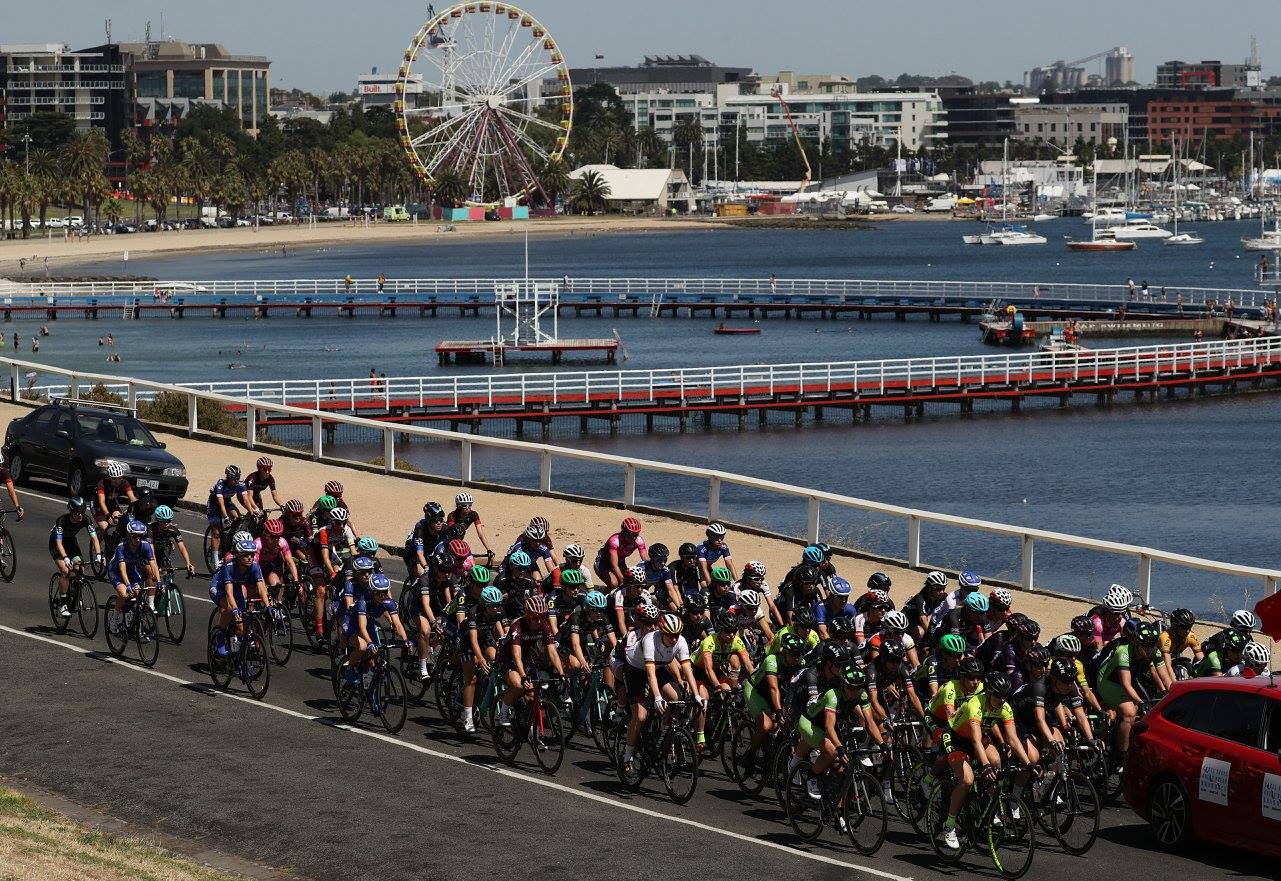 Dutch rider Annemie van Vleuten (ORICA-Scott) ended three-months of racing and training ‘Down Under’ with a stunning win in the Deakin University Elite Women’s Race in Geelong today.

The win was overdue fortune for van Vleuten who suffered a horrific crash in the closing kilometers of last year’s Rio Olympic Games women’s road race while leading. She sustained three fractured vertebrae and a concussion.

Meanwhile, Italian Susanna Zorzi (Drops) finished sixth at 27 seconds, and Kirsten Wild (Cyclance) of the Netherlands was seventh after winning the bunch sprint at 33 seconds.

It was a thrilling finale to the race that was broadcast live and in full on Channel 7 for the first time since the 2010 UCI World Road Championships were held in Geelong.

For van Vleuten the outcome was certainly not planned.

“I was not the leader for today,” said van Vleuten who started with the aim of helping last year’s Australian winner Amanda Spratt and Australian champion Katrin Garfoot.

“I am really impressed with the organisation,” van Vleuten said. “It went really well with all the TV coverage, a wonderful course, a big race, a lot of people are out here. So yeah … I would love to come back next year.”

“A Japanese rider, an American rider, a Dutch rider …,” Gaudry said of the international podium that resulted.

“What does that do for women’s cycling? It shows that the Deakin University Elite Women’s Race really is on the world stage.”

After 10 kilometers of racing, both ORICA-Scott and Canyon//SRAM began forcing the pace, subsequently causing the peloton to split into three separate groups with 30 riders taking to the front a further 8 kilometers later.

From there, Van Vleuten contested both intermediate sprints, coming second to Alé Cipollini’s Romy Kasper on the first and winning the second.

“I had the feeling with Katrin Garfoot and Amanda Spratt, they were supposed to be our leaders, and they didn’t have a great day. When I noticed that they weren’t there, and it was only me, and I had already done some work, then I felt some pressure,” noted Van Vleuten. “I thought: ‘Maybe it will be up to me today. It will maybe ge hard to finish this one off, and it’s really important to my team to win this one.’ Then I felt a little pressure. I tried to forget about all the work I had done already in the race.”

At one point, the peloton came back together, and after tackling a series of climbs a new lead group of around 20 riders emerged.

As a result, Van Vleuten, Janneke Ensing (Alé Cipollini) and Lucy Kennedy (High5 Dream Team) took up the chase in earnest, while Ruth Winder (UnitedHealthcare) and Mayuko Hagiwara (Wiggle-High5) bridged their way across to the trio.

A mechanical problem would later sidetrack Ensing, while the remaining chasers were able to catch Pooley during the final 3 kilometers.

“I got caught on the front with a probably a kilometer to go and no matter how slow I went, no one really wanted to come around me,” said Winder. “I tried to ramp it up and go early, but Van Vleuten came around me. I just put my head down and did everything I could to jump onto her wheel to hold onto second place.”