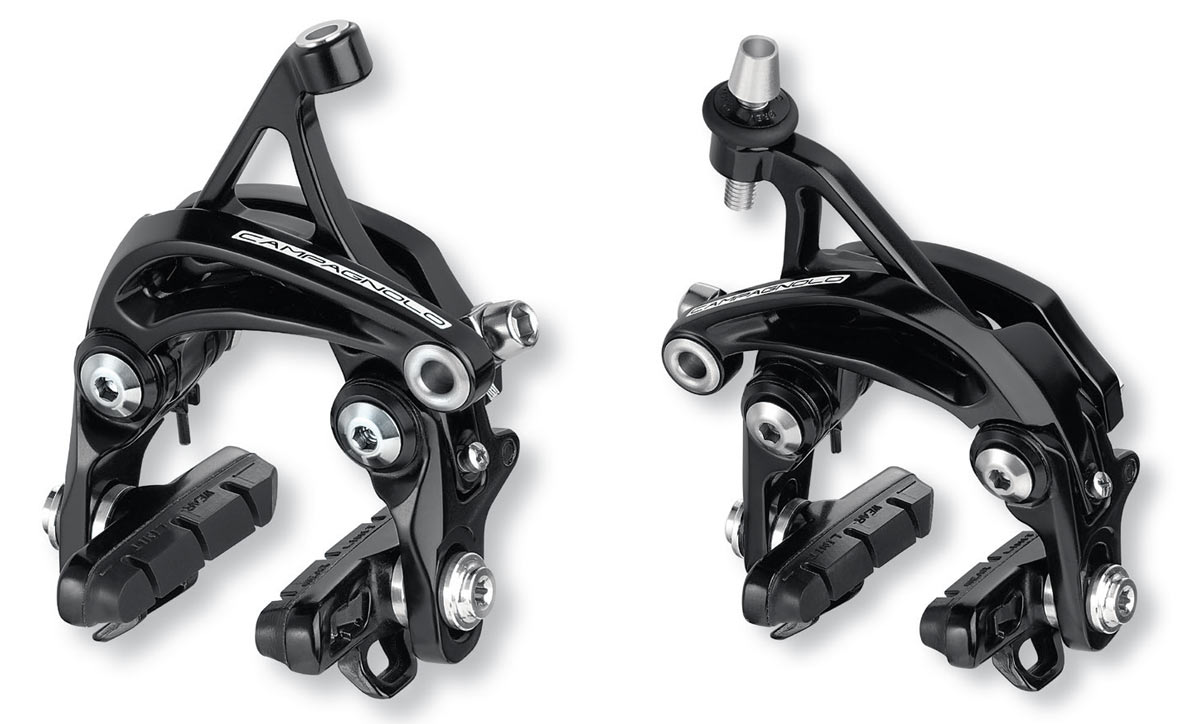 After much anticipation, Campagnolo finally released details about its new direct mount brake calipers this week.

Following in suit with Shimano, the Italian marque, has finally decided to get onboard with direct mount brakes for 2016, after trailing its Japanese competitor for the last two years.

“This completely new braking system from Campagnolo allows for a completely symmetric and efficient brake application thanks to its self-balancing design,” says Campagnolo.

The benefits of direct mount brakes, have been clearly evidenced, by their ability to improve modulation by virtue of their two bolt interface, as compare to a singled pivot set-up.

The new Campagnolo Direct Mount brakes appear to be a non-series component, which means they can drove-tail perfectly with the brand’s existing Chorus groupset, on up to Super Record.

Campagnolo has yet to release details on pricing or availability, but its most people’s guess that the market will see them in the not too distant future. Say, first of the year?