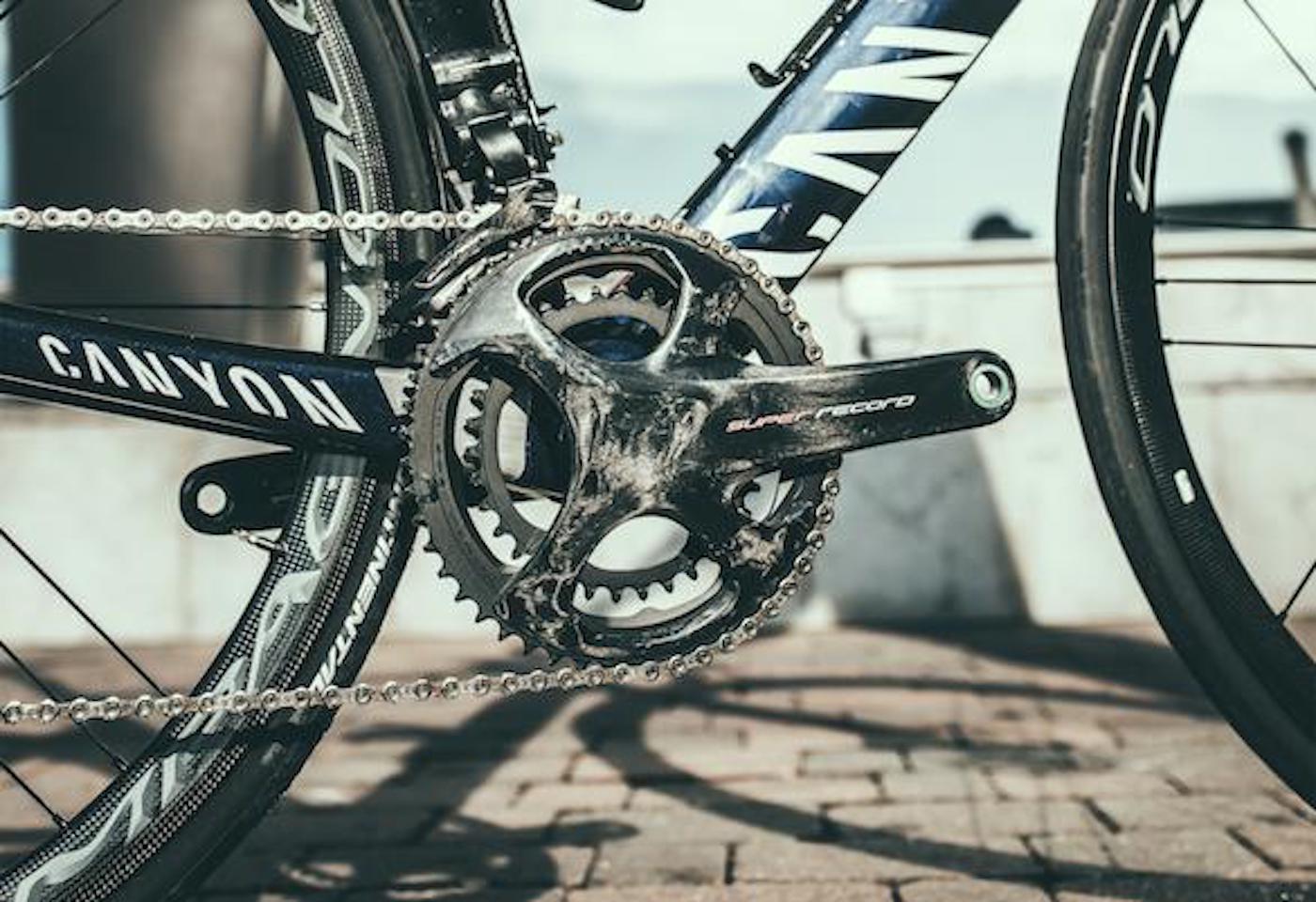 Oddly, Campagnolo is only offering the new electronic groupset in the guise of Super Record, which mirrors many of the same drivetrain aspects  as its mechanical counterpart such as 11-29 and 11-32 cassette options, 50/34, 52/36 and 53/39 cranksets and the company’s CULT Ceramic bearings.

Additionally, the shifters have the same appearance and ergonomics as the mechanical variants, albeit with a slight difference in height of 8mm between the disc and rim brake levers. Moreover, the rim brakes are available in both standard or direct-mount, while the disc brake callipers and rotors are the same spec as with all Campagnolo groupsets. Also, the disc brake shifters have a single cylinder design that’s the same on both the left and right, making for easier disc brake bleeding.

Similar to Shimano’s Di2 system, Campagnolo has also created its own EPS junction box that can be placed in the bar end of the handlebar, or inside the downtube on some frames.

According to Campagnolo, owners can check their battery charge, perform diagnostics and make fine derailleur adjustments by simply pressing the Mode button, which is located behind the left and right thumb shift levers. Furthermore, owners can access more in-depth information and customization via the MyCampy app by holding down the Mode button longer.

Despite looking very similar to the 11-speed EPS, the interface has been updated with dual antennae internals that pick up both Bluetooth Low Energy and ANT+, so it can communicate with almost any smartphone and cycling computer. In addition, like the previous EPS, all the new 12-speed electronic groupset’s parts are waterproof to the IP67 international standard.

The 12-speed EPS also gets Campagnolo’s new Version 4 battery power unit, which is compatible with most framesets, offering a battery life somewhere around 1000 miles on a single charge.

Shifting on the new 12-speed EPS now allows riders to go all the way down the cassette via either the thumb shifter or the lever. Campagnolo claims the levers and shifters are precise enough to stop at whichever cog the rider intends.

Campagnolo’s Multi-Dome technology also carries over to the new 12-speed EPS, which features a set of aluminum domes encased in the shifters that allow for “optimized operating force”. Meaning, even though the shifting is electronic they still posses a mechanical-like indexing feel that prevents unintentional shifts. Also, the shifters can be adjusted via a hex key to make them more comfortable for smaller hands.

Campagnolo claims the motors on its new front derailleur are the strongest on the market, allowing riders to shift fluidly under extremely heavy loads without issue, automatically centering the chain up or down chainrings, while the cage has been designed precise enough to deal with extreme angles, even during “cross-chaining”.

The front derailleur itself, features a thinner cage this time, which has an aluminum inner and carbon outer, along with a carbon upper body and titanium fixing bolt.

The rear derailleur uses the same 45° angle trajectory as the mechanical version, which has been optimized for the 11-29 and 11-32 cassettes, while also mimicking Campagnolo’s Embrace technology, which increases chain wrap over each sprocket in every position.

Campagnolo regards its Embrace tech as something that “leads to better power transfer and reduced wear and tear on the transmission, with the chain positioning itself vertically closer to the cassette”, while large 12-tooth pulleys and 72.5mm long rear derailleur cage adds to the new groupset’s smoothness and efficiency.

What does it weigh?

According to Campagnolo, the new 12-speed Super Record EPS weigh in at 2,255g and 2,505g for rim and disc brake versions respectively, making them 182g and 214g heavier than their mechanical siblings.

However, compare to the previous 11-speed Super Record EPS, which weighed in at 2,108g for rim brakes and 2,413g for the disc, as one can see, the new 12-speed electronic groupset is slightly heavier.

What does it all cost?

Campagnolo has put pricing for the rim brake version at $4292, and $4636 for the disc brake, with availability expected at the end of March.