Cannondale-Drapac: Canary in the Coal Mine? 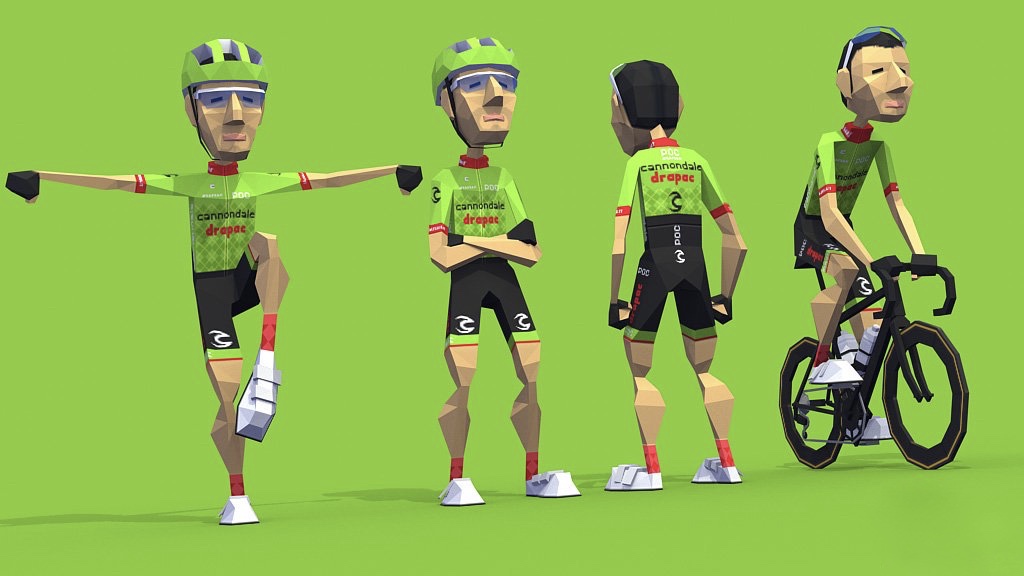 The announcement that the Cannondale-Drapac pro cycling team may be on the brink of folding came as a surprise – though it probably shouldn’t have. Pro cycling is almost completely dependent on sponsorship to keep its economic wheels turning, and a sponsor’s decision to pull up and walk away can make or break a team in an instant. Many teams operate close to this financial precipice in cycling’s current economics, so why do some fail when others thrive?

Cannondale-Drapac’s predicament highlights an important difference between teams which are primarily backed by passionate and wealthy patrons, versus those which are sponsored by corporations. Patrons typically have the flexibility, and the money to “burn” on their passions and interests. On the other hand, corporations have to undertake in-depth financial analyses and calculations before committing to a sporting sponsorship – before they risk “burning” their shareholders on questionable investments which may or may not pay off. Said another way – all patrons are sponsors, but not all sponsors are patrons.

Jonathan Vaughters has had considerable success with his Slipstream Sports teams over the past decade, garnering numerous Grand Tour stage wins, a Giro victory and a win at Paris-Roubaix. His current Cannondale-Drapac sponsored team is just off its most successful Tour de France ever. But these successes are unfortunately not enough to change the investment climate in pro cycling, or to shift the odds for long-term financial success in his favor.

Many of the details about Cannondale-Drapac’s situation are now well known, including the name of the sponsor which reportedly dropped out. Although the team has as much as $9 million dollars of sponsorships committed for 2018, this is not enough for the team to be competitive at the UCI WorldTour level. It was also reported that the team doesn’t have the option to drop down to the Pro Continental level, because contracts with these remaining sponsors are dependent upon WorldTour racing status.

So, Cannondale-Drapac reportedly faces a $7 million dollar shortfall. This kind of a budget shortfall could be closed by a patron in the time it takes you to read this sentence. Teams such as Katusha, UAE, Astana, Sky, Bahrain-Merida, BMC – pick any of the several teams underwritten by a single wealthy backer – effectively have ready access to these kinds of back-up financial reserves. Patrons don’t have to consider shareholder benefits or corporate responsibility; owning a team is like owning a racehorse or a sailboat (and in most cases costs even less). The status of owning a team in a global sport is in itself a kind of satisfaction – an ego-boost or personal “return on investment.”

New York-based investor Doug Ellis has backed Vaughters throughout the team’s history, often acting as a “semi-patron,” to cover the shortfall when sponsor contributions fell below the team’s required budget. But Vaughters’ teams have survived over the past ten years primarily by running a clean program to build trust and value, and by continuously scrambling to attract a series of sponsors – Garmin, Sharp, Barracuda, and others. Meanwhile, Ellis provided a safety net in the background. But, like most entrepreneurs, Ellis is unlikely to contribute an endless supply of backup dollars, and the $7 million dollar sponsorship shortfall is apparently more than the current structure can cover. Unfortunately, it may take a corporate sponsor – evaluating this kind of marketing decision and advertising expenditure – several months of due diligence, risk assessment, and financial modeling to even justify a recommendation to its executive management. That sums up the difference between a patron and a corporate sponsor: the time to make a decision. And Cannondale-Drapac is desperately short on time.

If this sounds familiar, it’s because we’ve seen the same scenario play out before, with a team owner who similarly had a foot in both the patron and corporate sponsorship worlds: Bob Stapleton. After Deutsche Telekom acquired his company, VoiceStream to create T-Mobile USA, Stapleton soon took over management of the eponymously named pro cycling team. And when T-Mobile separated its brand from the team in the wake of doping controversies in 2006, Stapleton solicited new sponsors and put his personal conviction front and center to run a clean program. From 2007 to 2011, his High Road team was one of the most consistent and competitive in the UCI’s ProTour, polishing talents like Mark Cavendish and Tony Martin, and providing a lifeline for others to compete on a clean team.

By all rights and standards of fairness, High Road should have succeeded. It should have been able to attract sponsors to fill any funding gaps. It was a model program, with an unassailable reputation for racing clean, a quiver of future stars, and an unequaled level of competitive success. But after HTC and Columbia Sportswear left, Stapleton was unable to land the big sponsor deals to keep the team going, and he shut the program down in 2011. At the time, he pointed out that the rise of patron-backed super teams and the instability of the UCI points system were big factors in his decision.

When reached by The Outer Line, Stapleton mentioned some other factors which affect Slipstream’s predicament today. “The traditional value of visual and naming rights, measured by impressions, is being eclipsed by targeted digital and social media that have a quantifiable element and engagement that impressions can’t match,” said Stapleton. The days of measuring sponsorship value by the number of TV views are effectively over, and as a consequence, Stapleton believes that interest from companies who would have previously considered sponsoring cycling is waning. “The typical previous sponsorship candidates for pro cycling now have many other and potentially richer target marketing alternatives available to them,” he added.

As an example, instead of sports sponsorships, many companies are investing the same kind of money into services from ad engine providers. By tapping into the browsing histories of millions of people, these ad engines can insert personalized advertisements into the social media, video streams, and news content which potential customers are already subscribing to or following online. This kind of digital marketing investment is more precise, and more likely to engage and influence consumer behaviors than pro cycling’s increasingly old-fashioned TV viewership-based model.

While they might be running out of time, what Vaughters and his team do have is momentum, and a vast social media presence which could potentially be spun into some short-term gold. Cannondale-Drapac reports a very broad level of support and interest in the team’s survival, with numerous and rapid external efforts to help locate a short-term sponsors. A crowdfunding movement to support the team into 2018 has started, but as pointed out elsewhere in the cycling press, it remains to be seen how much money can be raised through that mechanism, and what kind of value the team will offer those donors in return. BEAT Cycling has another similar fan-driven model to consider, but it puts the fan community first in its value chain to build long-lasting emotional connections and economic opportunity with its cycling program. It remains to be seen if Slipstream can develop a truly sustainable and renewable model with its fans, or if this crowd-funding approach is only a short-term strategy which leaves them financially exposed at this same time next year.

The biggest threat that pro cycling faces is the challenge of financial stability and sustainability. There are many solutions which could be considered here – everything from improving the racing format and broadcast content, to revenue sharing and unified broadcast rights, to luxury tax distributions from highly capitalized teams to the lower-funded squads, and transfer fees to compensate teams when riders are poached. Yet, with everyone seemingly unable to share an economic vision or let go of historic conceptions for how the sport is run, that is not going to happen overnight. Meanwhile, the divide widens between the sport’s best-capitalized patron-backed teams, and the more traditional sponsor-supported teams which are just trying to be competitive.

Slipstream has consistently developed talented but undervalued riders into potential Classics and Grand Tour champions, while simultaneously proving that at least some teams can win clean – and that some ex-dopers can put their past deeds to rest. The team is well-coached, has consistently done more with less, and been an inspiring model for the “underdog” sector of the sport. Pro cycling desperately needs a stronger and more sustainable financial model so that teams like Cannondale-Drapac can build continuity, and not just leave a legacy. And Slipstream’s unfortunate predicament is more than just a potential tragedy for its team – it may be the canary in the coal mine for the entire sport.