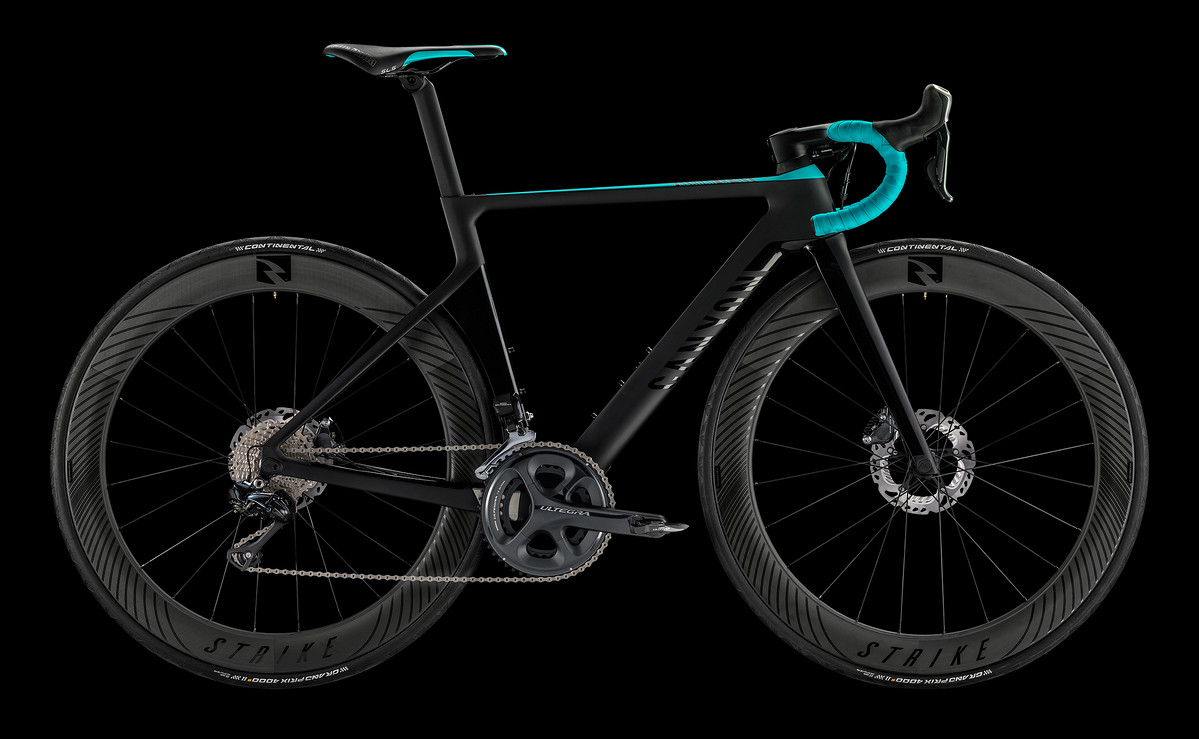 04 May 2017
By Campionissimo - In FEATURED ARTICLES, LATEST ARTICLES, THE DOUBLE DIAMOND

Canyon has unveiled a new range of women’s specific road bikes for 2017 under the banner WMN.

The new models include, the Ultimate WMN CF SLX Disc, Endurance WMN CF SL Disc and the Endurance WMN AL Disc, and as their names imply, all of them come equipped with disc brakes.

In addition, in order to accommodate the smallest women riders, Canyon is also offering sizes centered around 650B wheels.

Canyon hired ex-sponsored rider, Katrin Neumann, as the company’s Women’s Product Manager, to assist with the creation of the new women’s specific range.

According to Neumann, initial data collected from a base of 60,000 female customers, helped Canyon determine that the average woman rider was shorter, weighed less, have both shorter arms and narrower shoulders, and typically produce less power than male riders.

As a result, the data showed that most women riders, even when equal in height to male riders, were far more “stretched out” than their male counterparts on the same size bike.

Neumann summarized the basic differences in geometry by saying, “we position the women in the same way that we do men on a bike – taking into account the average differences between measurements. In average, we have shortened the top tube a little bit and lengthened the head tube a bit – but it is different in every size.”

“Each frame size has been developed as an individual frame – the differences are greater on the smaller frames.”

In addition to revised geometries, Canyon was also able to reduce the weight of the women’s specific bikes by taking into account the lower body mass that female riders posses, by reshaping tube profiles in order to decrease weight and enhance aerodynamic efficiency.

In the end, Canyon claims to have reduced the drag coefficient on the women’s specific Ultimate by 3%, while also achieving a 6.5% reduction in weight. Moreover, engineers say the bike’s narrower, integrated bar and stem combination resulted in a 5 watt advantage for women riders.

According to Neumann, a small frame designed around 700c wheels will always suffer in terms of handling, by virtue of the need to create  slacker headtube angles and increase trail in order to make the frame and wheels fit properly.

Therefore, all of the women’s specific sizes starting with 3XS and 2XS will feature 650B wheels, while the rest of the range will employ 700C wheels all the way up to size Medium.

Canyon has chosen Reynolds’ 650B wheels, which feature DT Swiss hubs and Schwalbe One tires, as their OEM wheelset of choice.

Additionally, the 650B models are equipped with mid-compact 52/26 cranksets, as opposed to the compact 50/34 cranksets found on 700c versions.