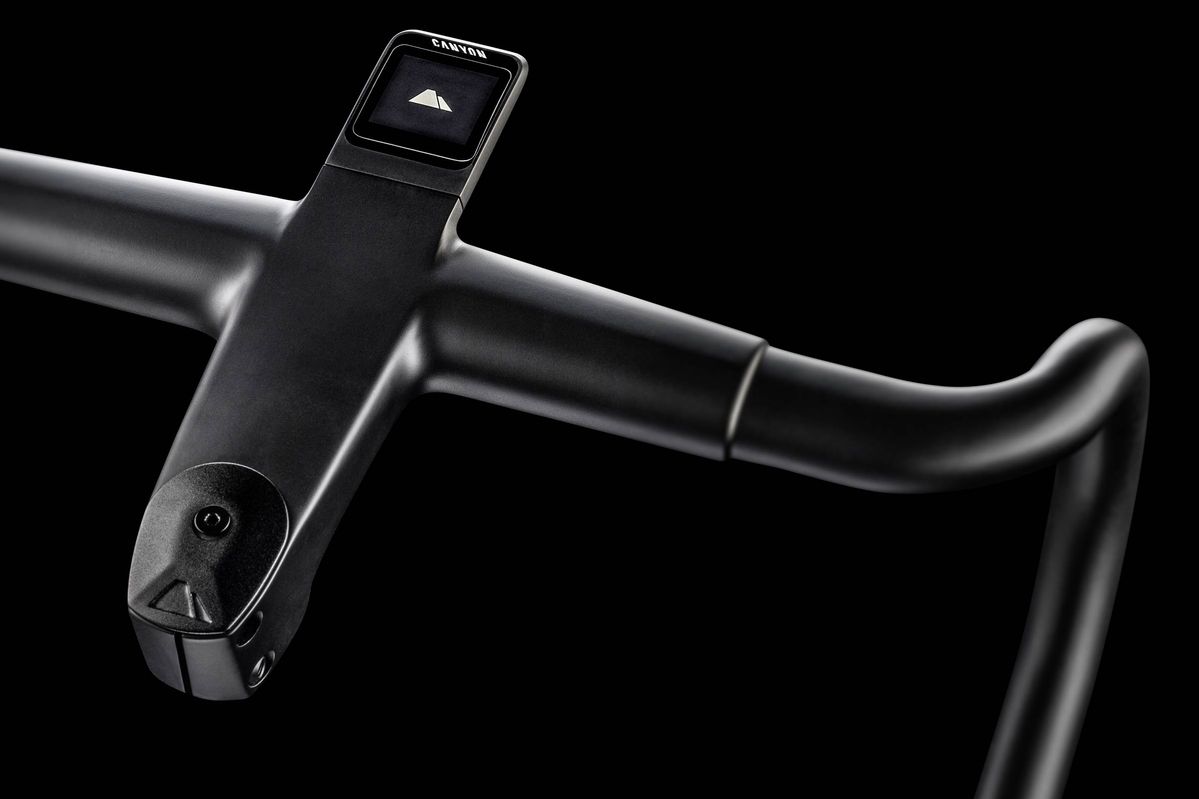 27 Aug 2015
By Campionissimo - In LATEST ARTICLES, THE DOUBLE DIAMOND

The German bike brand, Canyon, unveiled at Eurobike this week, what they’re touting as the world’s first app-based bike computer. To wit:

“This is the Canyon Smart Bike Computer – our concept for the world’s first app-based bike computer. Developed in partnership with Sony, the Canyon Smart Bike Computer opens up new potential to all riders. No longer limited to one platform, the Android Wear operating system allows you to download the apps you want to ride with. Forget the strapping on a computer that ruins your bikes clean looks and keep your phone stashed away where it belongs, this is the one device you’ll ever need.”

According to Canyon, its new device, which integrates neatly into their handlebar stem, runs on Google’s Android Wear operating system, and it can pair with smartphones or external sensors via Bluetooth. However, given its own integrated GPS module and 4GB of internal storage, the device can function on its own as well.

In addition, the Smart Computer can be switched between downloadable apps, so users can incorporate dedicated apps from Strava, Google Maps and Komoot during their ride segment as well.

Canyon says, the Smart Computer has a battery life of  8-10 hours, with charging made possible through a micro USB interface.

Pricing for the European market is said to be around €200.

Unfortunately for us “yanks”, until such time as Canyon hits these shores, the Smart Computer will have to be smuggled in.  😉