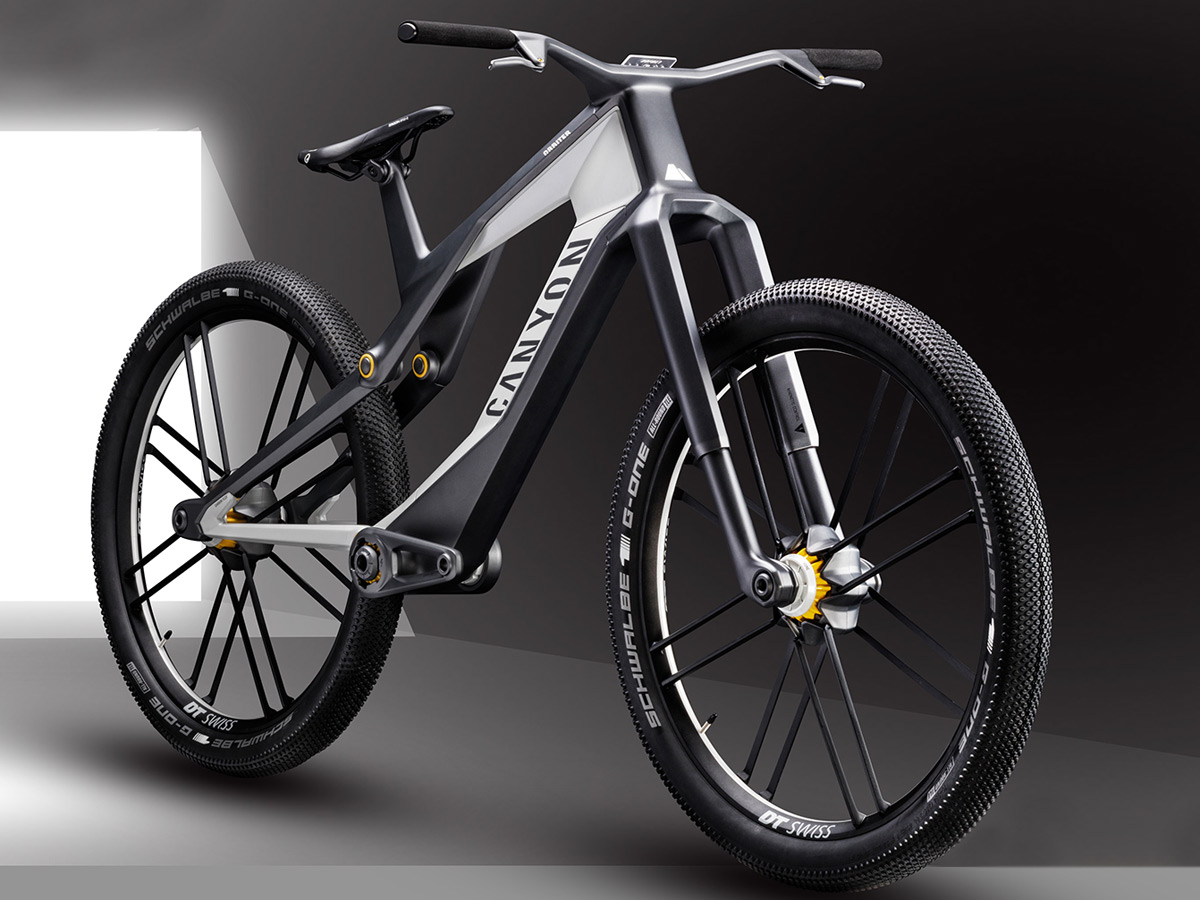 16 May 2017
By Gianni Pericolo - In FEATURED ARTICLES, LATEST ARTICLES, THE DOUBLE DIAMOND

Whether or not any of these so-called concept bikes ever make their way off of the drawing board into production, remains uncertain. What is certain however, is how they never fail to delight the senses of cycling and tech geeks alike. And, Canyon is no stranger to taking center stage when it comes to unveiling some of the most far-flung bike designs imaginable.

Indeed, it wasn’t long ago that the German brand introduced its futuristic hydrogen-powered Eco-Speed bike.

Now, Canyon has unveiled its latest concept bike called the Orbiter, complete with an electric-powered motor and magnetic suspension.

Created by industrial designer Daniel Fritz, the low wear, low maintenance design is intended for “gravity biking” along the urban landscape,  wherein an electromagnetic suspension that features compression dampening gives the Orbiter the ability to adapt to any kind of urban terrain.

Aesthetically, the Orbiter gives off a playful and agile look, while packing a powerful transmission that provides power to both the front and rear wheels. Fritz also incorporates a traction control system into his design, which utilizes sensors to detect loss of stability and aids in auto-correcting the bikes balance by applying traction where needed. At least that’s what the system purports to do.

Bike enthusiasts will note the lack of suspension and braking details; namely, the amount of fork travel there is and what type of braking system actually stops the bike. But, then again the Orbiter is just a concept bike after all.

Similar to past projects, there’s no word from Canyon if they have plans to produce the Orbiter.

If they do, they better hurry before Al Gore claims credit for it.  😛