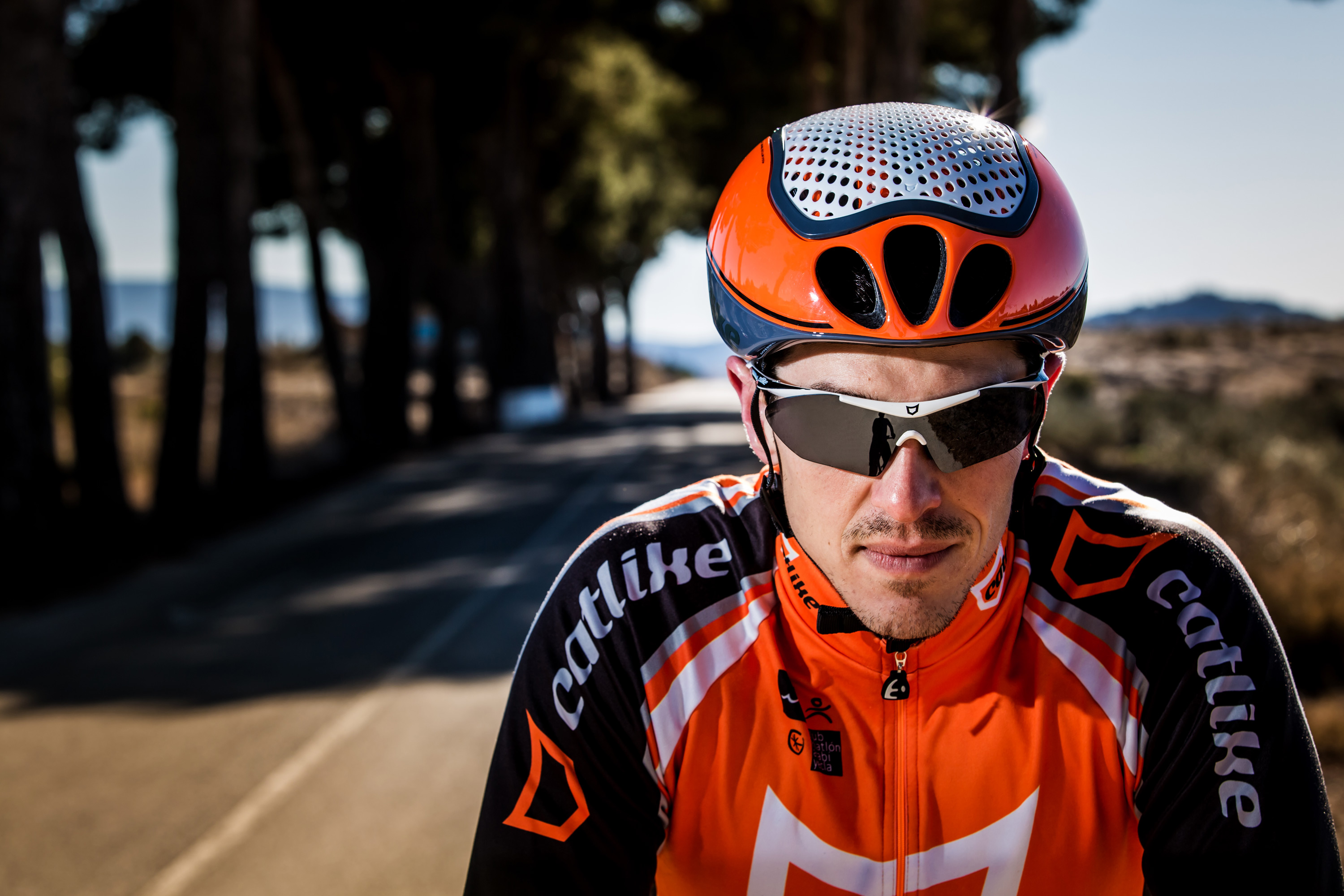 07 Mar 2016
By Campionissimo - In LATEST ARTICLES, THE DOUBLE DIAMOND

Catlike recently unveiled its new Cloud 352 helmet, touting it as being the most advanced design for “road cyclists and time trialists who seek to maximize their performance while gaining superior aerodynamics without sacrificing excellent ventilation.”

According to Catlike, the development of the Cloud 352 was aimed at achieving maximum aerodynamics in all kinds of applications, while also providing optimum ventilation via its breathable reticulated shell called – the DualAEROSystem.

Catlike says, their R+D department studied the function of numerous different shell designs, before creating the Cloud 352, which partakes of 352 holes throughout the shell in order to achieve constant airflow, while also providing exceptional reticular aerodynamics, making it “one of the most ventilated helmets in the world.”

In addition, its design allows cyclists to replace the breathable shell with Catlike’s VeloDrom shell, which is capable of achieving even better aerodynamic benefits, due to its totally smooth surface.

Through a simple system the breathable shell is replaced with the VeloDrom shell, with which we obtain even better aerodynamic behavior thanks to a totally smooth surface. This shell is designed to give extra protection to cyclists in bad weather conditions, as it ensures protection against rain.

The ventilation of the helmet with the VeloDrom shell is exceptional, thanks to the Dual Flow technology that allows airflow through the channels that are created between the holes placed in the frontal and rear part. This allows for continuous cooling of the head, which is the main body temperature sensor.

The possibility of an interchangeable shell is built on the new technology called “DualAEROSystem” wherein the cyclist has the opportunity to change the helmet design in order to adapt to his needs with the certainty of obtaining maximum aerodynamics and continuous ventilation for the head.

The Cloud 352 incorporates a new strap divider system that allows adjustment in just one movement. This is achieved thanks to the position of the divider, just under the ears, in a way that adjustable from bottom part of the chin. This new system provides Cloud 352 a simple, precise and quick adjustment.

The visibility of the cyclist is an important aspect when riding by night or in low light conditions. Prioritizing safety, the Cloud 352 incorporates reflective stickers which are useful for quick detection from drivers, other cyclists and pedestrians.