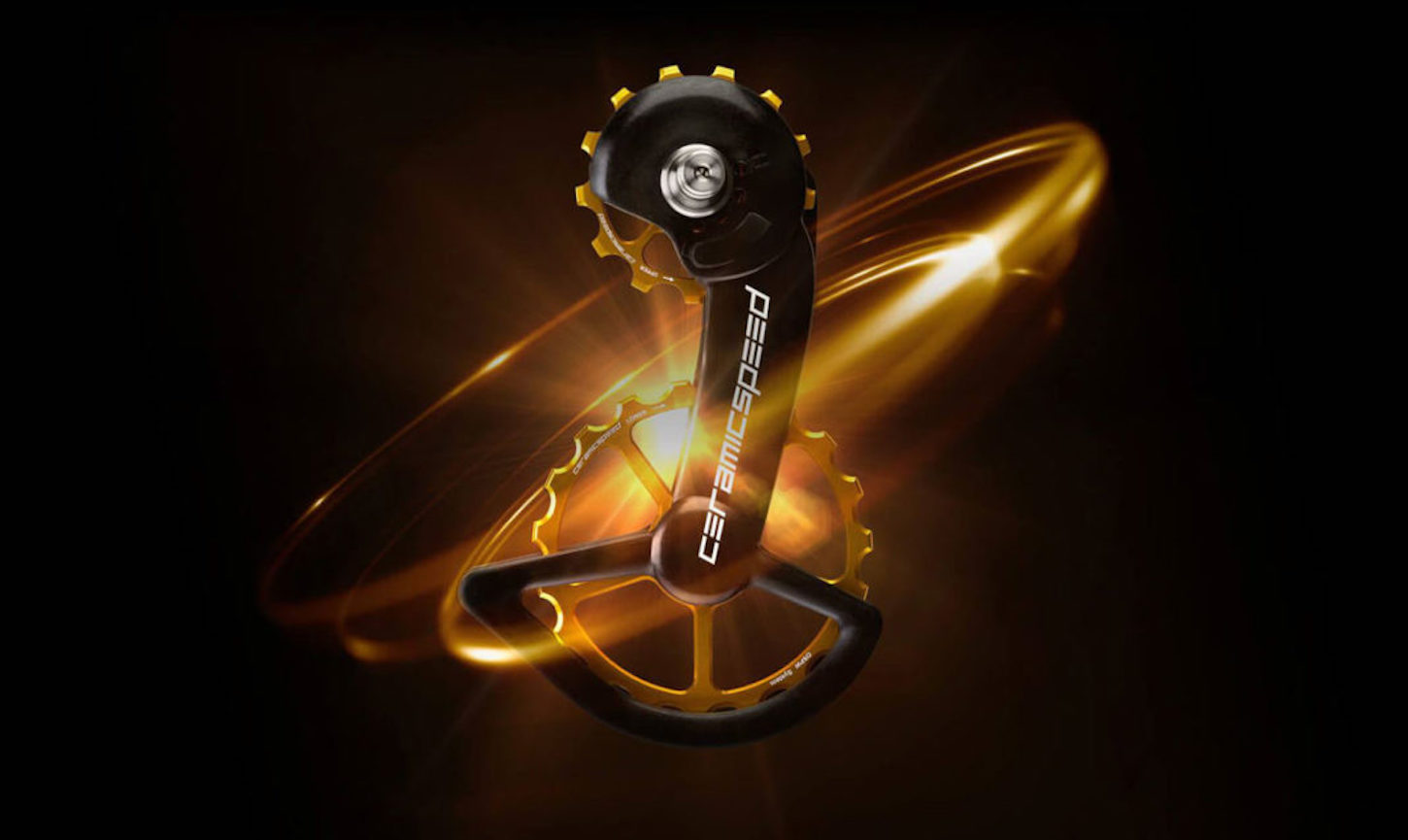 To celebrate their 20th anniversary, CeramicSpeed is offering a limited edition Gold version of its OSPW system.

Unlike some of CeramicSpeed’s previous limited edition pulleys that carried a price tag equivalent to that of a sizable mortgage payment, the Gold retails for the reasonable price of $499, which is available for all recent Shimano, SRAM and Campagnolo rear derailleurs.

This was to prove the very beginning of what became CeramicSpeed and to celebrate this landmark event we have released the Gold Limited Edition, a series of pulley wheels and oversized pulley wheel systems.

‘Sometimes it’s hard to find the right way to celebrate a special event,’ Jacob says. ‘Some gather memorabilia, others have a token of luck, others still make a visual album of these big moments.

But how about having something to remind you to celebrate every single high point in your life, enjoy it and be proud of it?’ This is the thinking behind the Gold Limited Edition and the series is to inspire everybody to pursue their dreams and celebrate all victories, no matter how big or small.

It is also to draw attention to the importance of the right equipment and environment when pursuing success. Jacob explains he chose to skate inside a local supermarket because the environment was ideal for the task at hand. ‘Inside a supermarket, there are no hills, no sun heat and no wind to slow me down, and this created the perfect context for me to pursue the absolute best advantage in my roller skates. However, there was a downside to choosing the supermarket, and that was the floor. The surface in a supermarket is much softer compared to concrete, increasing friction and slowing down my time by 5%”.

Two years later Jacob introduced ceramic bearings to professional cycling. ‘The beginning was hard, without a doubt,’ he says. ‘Nobody could understand why we should replace steel bearings with ceramic bearings, for them it wasn’t broken, so why try to upgrade it?’

He persuaded the CSC Tiscali team, presided over by Bjarne Riis, to try the ceramic bearings. ‘They could easily feel the difference, and I thought that once a team was using them, the interest would grow,’ he says. ‘But it didn’t. I had to work hard to prove the advantages of this new product and finally, we were successful in proving how valuable we were on rider performance. I was given an opportunity to sponsor a world tour team, which is not an opportunity that comes easily. The products needed to work.’

From this CeramicSpeed began to flourish and in 2010 Jacob agreed on a partnership with Bob Stapleton and Rolf Alldag of HTC-Columbia to make a major move into the world tour peloton. The deal was made in the mechanics truck at the Tour de France only hours before the start of the prologue. And the rest, as they say, is history. ‘We have the power to control our success,’ he says. ‘We’re all afraid of the unknown but once I had the world record more and more people started to see the difference.’

The Gold Limited Edition is available online for OSPW Systems and 11-tooth pulley wheels and through CeramicSpeed retailers.