CeramicSpeed Goes Pink in Celebration of the Giro d’Italia 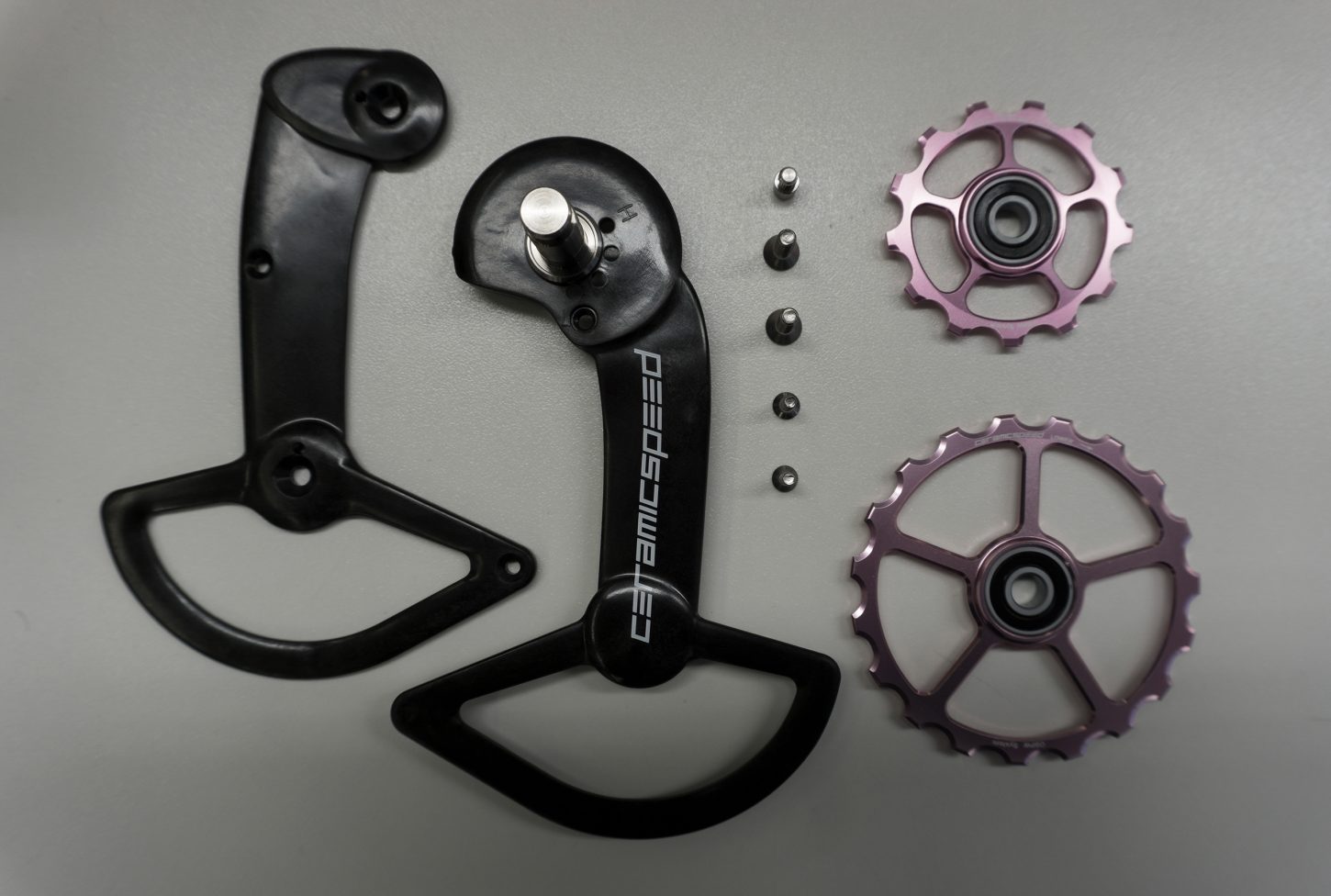 02 May 2018
By Gianni Pericolo - In FEATURED ARTICLES, LATEST ARTICLES, THE DOUBLE DIAMOND

To celebrate this year’s Giro d’Italia, CeramicSpeed has launched a limited edition version of its ceramic pulley wheels, in you guessed it, pink.

According to CeramicSpeed, the pulleys feature the company’s non-coated internal bearings that are compatible with 11-speed drivetrains from Shimano, Campagnolo and SRAM and accommodate cassettes up to 32t.

You best act quickly, as the limited edition pink pulleys are limited to just 60 sets.

The start of the 101st Giro d’Italia is less than a week away. Following on from last year’s successful century edition RCS, the organizer chose to give the race a peace theme this time around, one that sparks interest from politics and religion alike. Starting in Jerusalem, Israel, on the 4th of May the race will conclude in Rome, Italy, three weeks later. The motto will last; Amore Infinito.

Some might find controversy in RCS’s decision to host the start of the race in Israel. Due to various reasons. However, others might just simply be looking forward to the spectacle the race certainly will deliver. After all, it’s the first time a Grand Tour starts outside Europe.

For teams and sponsors, the decision is a double-edged one. In terms of logistics, the course design is a challenging one. Spending the first few days in Israel before making the transition to Italy requires a decent amount of paperwork. Continuing in Sicily before heading to mainland Italy and the Alps doesn’t make the whole undertaking any easier. The race will go ahead, though. No matter what.

Grand Departs are often used as a launchpad for new products. And this will not be any different in Jerusalem. There will be new products on display, from clothing to technical equipment. And a fair share of these products will have a race theme.

In general, the Giro d’Italia is a race that creates opportunities. For all that are involved. After offering a limited line of blue pulley wheels last year we are now launching a limited line of pink pendants. And what better fit for that than the hunt for the iconic Maglia Rosa?

AG2R – La Mondiale has been on the forefront of a lot of races this year. Racing actively has earned the team 7 wins and numerous top10 already. And the French outfit will look to keep its momentum. With a broad variety of conditions to face during the coming weeks, we built the team’s pink OSPW Pulley Wheels for their Shimano Dura-Ace derailleurs with coated bearings. Due to their improved longevity and corrosion protection, they are tailormade for a race like this year’s Giro d’Italia.

AG2R – La Mondiale will use the pink OSPW Pulley Wheels during all stages. From Jerusalem to Rome. To prove their mettle.

Apart from the pink pulley wheels the team is taking to the start, we also offer complete OSPW Systems for Shimano, Sram, and Campagnolo as well as single sets of 11t versions. With the unmatched CeramicSpeed precision. Bearing races, CeramicSpeed balls, seals and grease, are all carefully selected and controlled, before being assembled by our expert team. For your success, and joy on the bike.

Our limited line of pink Pulley Wheels will be available from CeramicSpeed dealers worldwide and online on Friday, May 4th for a limited time only.