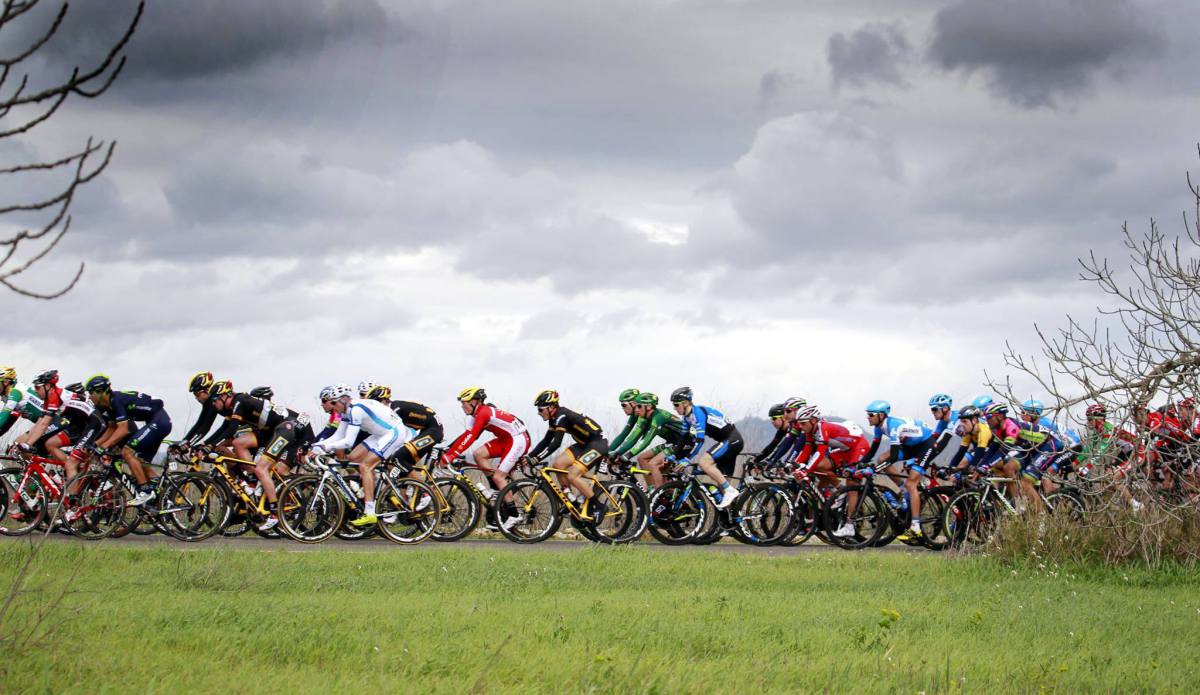 The second race of the Balearic Islands series turned out to be an excellent one for the team, with four riders in the top 15.

“I am much stronger than in the past, more confident, and for 2016 I really want to take a victory, because I miss that special feeling” – those were the words of Gianluca Brambilla when asked about his ambitions for the new season back in December, at the team’s first training camp, in Denia. Coming off a year which saw him break his collarbone in the spring and miss some important races, before returning in the second half of the season and putting on a strong showing in the Vuelta a España, Il Lombardia and Abu Dhabi Tour, the Italian was very motivated to finally get his maiden victory in the Etixx – Quick-Step jersey and prove he is back to his best.”

It took Brambilla only one day to land that much desired win, which came in the Trofeo Pollença-Port de Andratx (162.6 km), the second race of the Challenge Mallorca. The event was thrilling and action-packed right from the gun, with a huge group consisting of 34 cyclists getting clear of the peloton. Their move didn’t stick for too long, the break being caught mid-race. Shortly after, other riders moved to the front, forcing the pack to chase hard, which led to many cyclists being left behind.

That group too was denied the chance to stay in the lead, so the race was back together in the final 40 kilometers. Then, with just 32 kilometers to go, the bunch went over Alto de Galilea, the last categorized climb of the day, and right after, as the peloton was tackling the descent, 20 men got away. From those, Gianluca Brambilla accelerated together with eight other riders, including teammate Matteo Trentin, but seeing there was a lack of collaboration there, he went on his own and opened a gap of 20 seconds before his opponents reacted. The Etixx – Quick-Step rider gave it his all and the advantage continued to grow at 30 seconds inside the last 10 kilometers, when the chasers began riding full gas.

As a consequence, the gap decreased, and the 28-year-old Italian entered the final kilometer with 8 seconds in hand, which proved to be more than enough to take his first victory in six years. To cap a perfect day for Etixx – Quick-Step, Zdenek Stybar came third, just behind Michal Kwiatkowski, with two other of the team’s riders – Maxime Bouet (12th), who also was in one of the day’s break, and Niki Terpstra (14th) – finishing the Trofeo Pollença-Port de Andratx in the top 15.

“It’s really incredible to take this victory. It was a long and hard race, considering the peloton was split on the penultimate descent and I had to fight my way back together with Gianni Meersman. On the last climb, I was returning to the group alongside Gianni, who told me he wasn’t having his best day and that I should go by myself. I caught the peloton, and on the descent I attacked together with other riders, but no one was willing to pull, so I decided to leave them and do my own race in the final 20 kilometers”, said Gianluca Brambilla after bringing the team its third victory of the year.

“When the official moto of the race came with 10 kilometers to go and showed me that I have 30 seconds over the chasers, I said to myself that this will be an all or nothing race. I looked behind, there was no one there, and I rode as hard as I could. In the final kilometer I was sure I will hold them off and I’ll win.”

“This result comes as a confirmation of the sacrifices I’ve made to get here. To come first ahead of riders like Kwiatkowski, Cancellara and Valverde is something that makes me extremely proud. I will continue to work hard and to be always there when the team will need me”, concluded the Italian, who is also preparing to become a father for the first time, in May.

The penultimate race of the Challenge Mallorca – Trofeo Serra de Tramuntana (143.9 kilometers) – will take place on Saturday and will be the most difficult of the four, with six categorized climbs, the top of the last one coming in the final six kilometers.