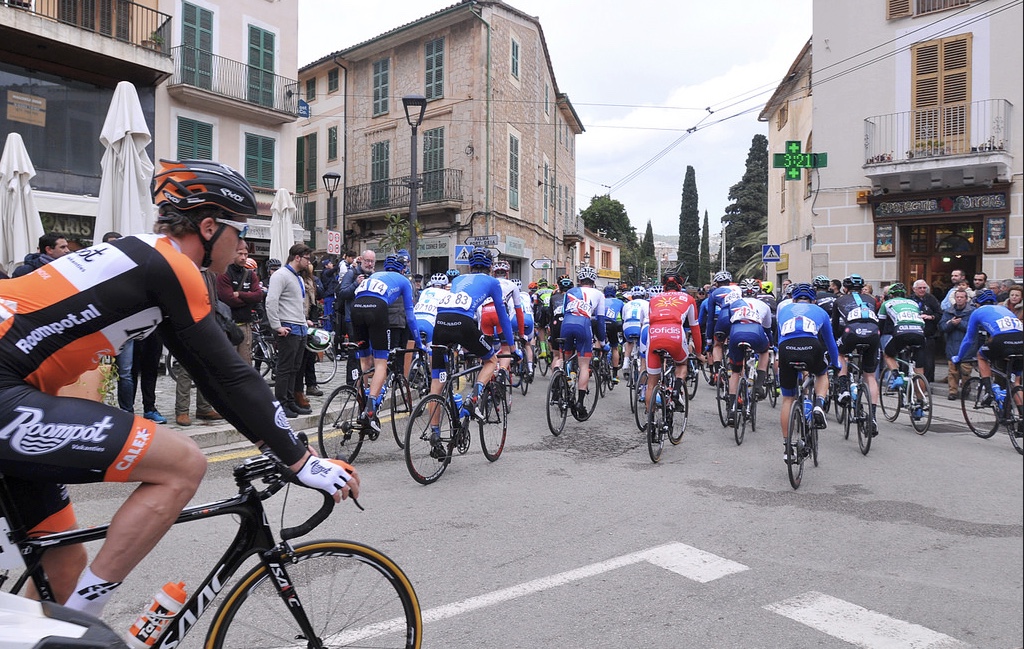 For the second day in a row Lotto Soudal claimed victory in this year’s Challenge Mallorca series, after Tim Wellens won the Trofeo Serra de Tramuntana.

Wellens attacked on the Coll de sa Batalla and quickly opened a small advantage over the chase.

Despite heavy rain, the Belgian rider continued to increase his lead to 1:40 during the final 8 kilometers and to go to claim a solo victory.

Meanwhile, his Lotto Soudal teammate, Louis Vervaeke, finished in second place at 24 seconds back, with by Vicente Garcia de Mateos of Spain rounding out the podium in third

“For us, the race really began in Orient, at the Coll d’Honor, the climb at eighty kilometres from the finish. Jürgen Roelandts, Tomasz Marczynski and Bart De Clercq rode full gas towards the top. The peloton was completely strung out. Also in the descent we set a high pace, which caused the bunch to fall apart. We were riding in front with a group of about twenty riders, six of them were Lotto Soudal riders. The teammates kept riding hard until the bottom of the Coll de sa Batalla, with fifty kilometres to go. After a series of attacks Louis Vervaeke and I got in front with five others. I attacked with 35 kilometres to go. Louis Vervaeke did an excellent job protecting me, so I got a comfortable lead. When I jumped away Amador was on my wheel. I feared it would be tough to get rid of him, but it turned out he couldn’t follow me. That gave me a boost of confidence”, said Wellens.

“I didn’t expect to win, but I had expected that I would do well here at the Challenge Mallorca. My tests were better than last year. After the first hour of racing I suggested a strategy to sports director Bart Leysen. Without the efforts of the teammates I probably wouldn’t have won.”

“Tomorrow I expect Movistar to take control. The decision will be made on the final hill. Maybe I can now help Louis after all his support. We already rode up the hill many times on training. The hill is not very steep and it has the same gradient almost the entire way. It’s a large road and you can always see what’s ahead of you. A third consecutive victory for Lotto Soudal would be unique”, Wellens added.