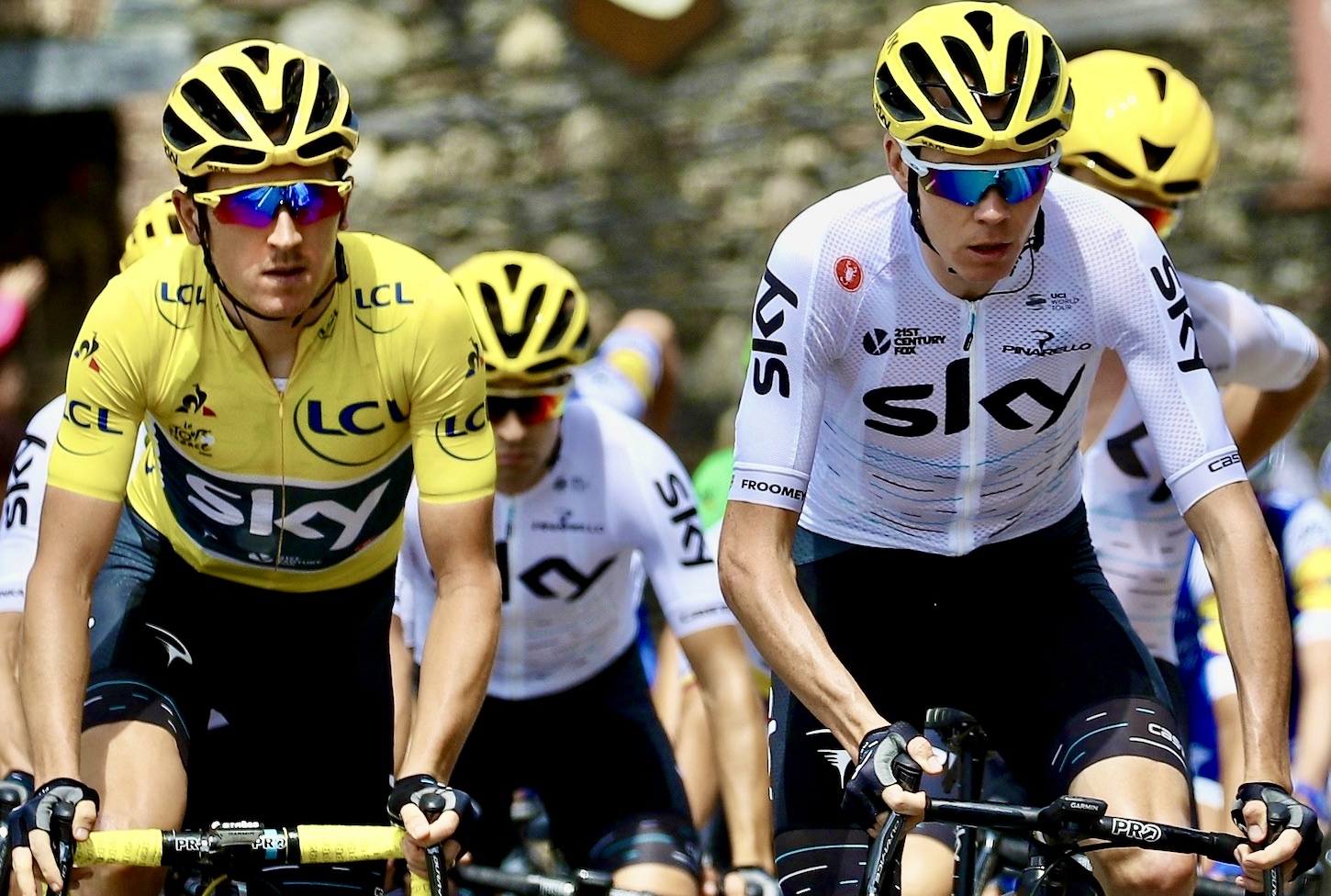 Team INEOS announced today, that Chris Froome and Geraint Thomas have been left out of the 2020 Tour de France.

Four-time champion Froome and 2018 winner Thomas were not included in the eight-man line-up for the first Grand Tour of the year, which will begin on August 29.

Froome, who will move to Israel Start-Up Nation next year, will target the Vuelta a Espana and Thomas will lead INEOS’ charge at the Giro d’Italia.

Reigning Tour champion Egan Bernal will spearhead the team’s hunt for an eighth title in nine years and will be supported by debutant Richard Carapaz, who won the Giro last year.

Froome only returned to competitive racing in February after a horrific crash at the 2019 Criterium du Dauphine left him with multiple serious injuries.

He will now have to wait until 2021 for his next chance to win a record-equalling fifth Tour.

Team principal Dave Brailsford said,”I am very proud that we have several current, and I am sure future, Grand Tour champions in the team.

“Selecting the right leader in the right race with the right support team is critical and has meant we have had to analyze all the latest information to make sure we are in the best position possible to optimize our performances in the coming months.

“Egan will once again target the yellow jersey in France and we are very excited to give last year’s Giro winner, Richard Carapaz, his debut in this year’s Tour also.

“Geraint will target the Giro and take on the opportunity to double up his Tour de France win with another Grand Tour title, with the aim of being the first Welshman to win it.

“In turn, Chris Froome will target the Vuelta. Chris is a legend of our sport, a true champion who has demonstrated incredible grit and determination to come back from his crash last year.

“We want to support him to compete for another Grand Tour title and the Vuelta gives him that little bit more time to continue his progress to the top level.”

Professional cycling this month returned from a four-and-a-half-month hiatus amid the coronavirus pandemic.

The Tour is scheduled to end on September 20, with the Giro taking place from October 3-25.

The season is set to end with a shortened Vuelta scheduled for October 20-November 8.