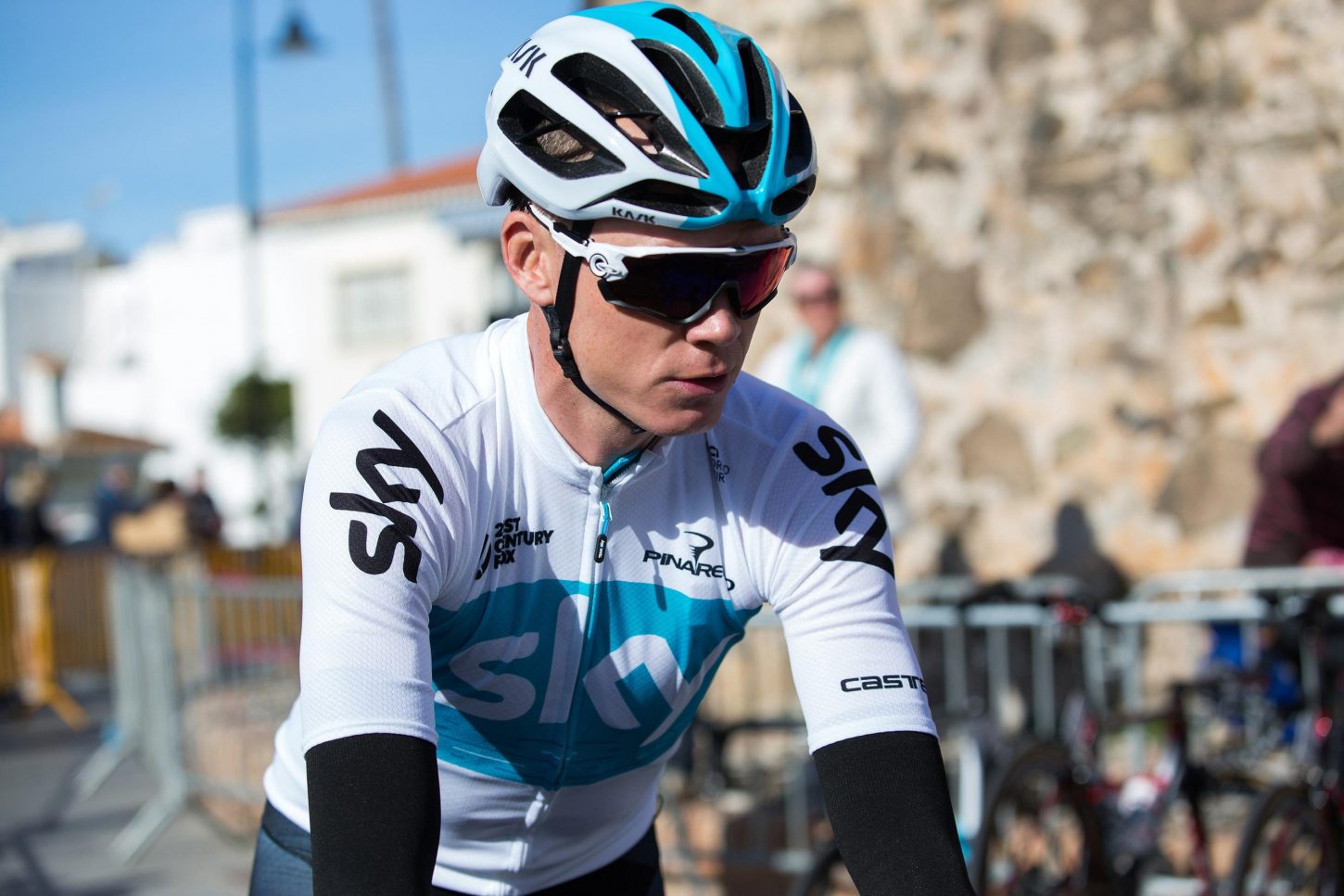 Chris Froome and Team Sky director, Dave Brailsford, remained unified and defiant as both men addressed the media, alongside droves of fans, before the start of yesterday’s Ruta del Sol.

The four-time Tour de France champion was warmly received by crowds gathered on a palm-tree lined road in Granada, southern Spain, to witness the start of his season, who’s been under a cloud of controversy since the results of a positive test for the asthma drug Salbutamol were revealed back in December.

Froome delivered a steely eyed promise that he would prove his doubters wrong. He and a team of lawyers are constructing a case to prove there is a legitimate reason a urine sample given during the Vuelta a España last September indicated double the permitted amount of the asthma drug salbutamol.

“I know I haven’t done anything wrong and I intend to show that,” Froome, who suffers from asthma, said.

“There are a lot of other athletes and riders who have been through this process and I’m not asking for the benefit of the doubt here,” he said. “I’m just asking for a fair process, to be treated the same as other people.”

Froome took advantage of the opportunity to speak with members of the peloton about his situation and why he chose to ride in the Ruta del Sol.

“It’s the first time I’ve seen a lot of guys since before this all happened,” he said, “so it’s great to catch up with people in person and amazing to see how much support there is out there. It’s really quite touching.”

Brailsford declined to comment on whether Froome or Team Sky were footing the legal bill but was bullish in his support of the team’s star rider. He also dismissed the suggestion from David Lappartient, president of the UCI, cycling’s governing body, that the team should have immediately suspended Froome.

“Nobody’s denying it’s a challenging situation but equally I think it’s only fair at this point that everybody abides by the process, and the process totally allows him to race in this situation and that’s what we’re doing,” Brailsford said.

“We’ve got full knowledge of the situation and we’re working closely to resolve the situation. The violation itself is all about the number of puffs [Froome took on his inhaler], it’s not about the urine. Has he taken more than 16 puffs in that allowable period? No, no. I’m confident he didn’t break the rules – 100% confident.”

The reputations of both Froome and Team Sky now hinge on whether they are able to satisfy the UCI of this.